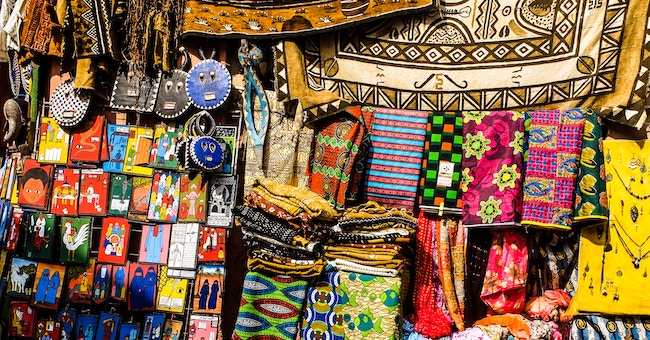 Not Your Ordinary Cultural Appropriation 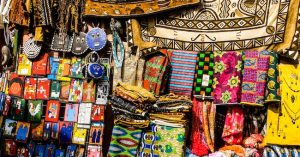 You shall not make idols for yourselves…My Sabbaths you shall observe, and my sanctuary you shall revere. I am Hashem[2]

Do we find anything in these pesukim that we have not heard before? Toras Kohanim (cited by Rashi) clearly deals with this question, but its answer is difficult to comprehend. It picks up on what precedes it, which is the sequence of topics through the entire parshah. Briefly, the Torah implicitly warns about what happens to people who ignore the very first mitzvah in the parshah – shemitah. Things do not go well for the violator of the Law. First, he is compelled to sell off movable property, and then real estate, including his ancestral holding. Should he still not repent, he is forced to borrow money to stay afloat, and agree to debilitating interest payments. In time, all fails, and he is forced to indenture himself as a slave, first to other Jews, but eventually to non-Jews as well.

That is where our pesukim deliver their message, according to Torah Kohanim. The Jewish slave might argue to himself that he is duty bound to follow the lead of his master. The slave tells himself that it is appropriate for him to worship the same idols; to ignore Shabbos; to follow lax guidelines regarding immorality.[3]

Really? Does the Torah have to spend two pesukim opposing such a shallow and self-serving argument?

Maintaining a strict boundary between kodesh and chol is more important than we think. The Torah describes Hashem as completing His work “on the seventh day,”[4] because, like only He can do, His work phase came right up to the transition point between the sixth and seventh day. To the human observer who lacks this precision, it seemed as if He had crossed the line.

But why? We are told elsewhere that HKBH observes His own Torah. Why did He not add on to Shabbos from chol, and begin the day of rest a bit early, just as we do with our tosafos Shabbos? The point is that kedushah and chol don’t mix. Kedushah is compromised and diluted when some chol is mixed in to it. Hashem began the day of kedushah at the first instant that it could happen, carefully avoiding any leakage from the realm of the mundane.

Of course, Torah life offers an alternative to a chol-and-kodesh cocktail. Klal Yisrael is empowered to elevate chol and turn it into kedushah. We do that with every Yom Tov, that depends on our proclaiming it holy (i.e., unlike Shabbos, whose kedushah is set, and independent of our actions). In the course of history, our mission includes elevating the entire world to ready it for the long day-that-is-all-Shabbos that then lasts forever.

That first Shabbos, however, took place before we were commissioned to the task. At that point, the world lacked the capacity to properly elevate chol. Chol therefore had to be strictly quarantined, and kept outside the precincts of Shabbos. (This adds new meaning to the way Torah refers to Shabbos as “a sign forever between Me and the Bnei Yisrael.”[5] Only Klal Yisrael was granted this capacity. Non-Jews are forbidden from observing Shabbos (even though they have the right to voluntarily observe other mitzvos) because mixing unelevated chol with kodesh just doesn’t work.

We can detect the barriers at work elsewhere as well. While non-Jews are enjoined from practicing idolatry, they are not forbidden to believe in shituf,[6] by which they accept the idea of a Creator, but leave room for a sharing of power, so to speak, with some other force that He created. Relating to a purer concept of Hashem’s Oneness is part of the special relationship between Hashem and His people; extending it elsewhere would dilute it. Similarly, non-Jews are prohibited in certain incestuous relationships by the Seven Noachide Laws. Unlike Jews, however, the prohibitions are restricted to relatives on the father’s side. The parallel Jewish prohibitions include maternal relatives, and seek to promote a higher form of kedushah. Here again, providing access to that kedushah to others would not work. It would allow chol to mix with kedushah.

Finally, we arrive back at the pesukim at the end of our parshah. The Jew who finds himself sold as a slave to a non-Jew looks at himself, and understands how his many levels of transgressions got him there. He sees himself as a fallen soul, one who has lost his right to practice the exercises in kedushah that flow from the Jewish mission, and its capacity to elevate the mundane. Until he regains his freedom, he argues to himself, his playing at kedushah will only warp it, just like would happen if his master tried. Therefore, he tells himself, he is no longer bound to proclaim the absolute Oneness of G-d. He should not be forbidden to certain of the arayos. And he should not be observing Shabbos.

The Torah responds with utter rejection of his self-assessment. As badly as he has performed, he has not shed his kedushah, nor his place among his people. He is still bound by their laws and expectations.