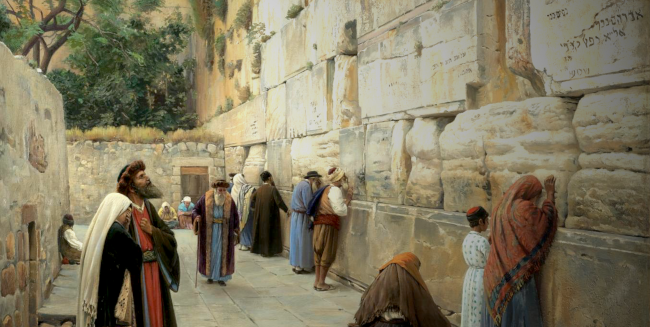 How We Long For It! 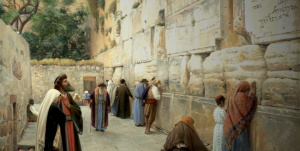 I said to you at that time… “I cannot carry you alone.”

How can I carry alone your contentiousness, your burdens?…Provide for yourselves distinguished me… and I will appoint them as your heads.

You answered me… “The thing that you have proposed to do is good!”[2]

The exchange between Moshe and the people reads like the very model of polite, civil discourse. Moshe lodges a complaint, but he is not heavy-handed. He proposes a solution that will add much-needed manpower to solving the issues that arise in a large population. The people do not respond defensively. They see his point, and they accept his proposal. This is the very model of large-scale propriety. What could be better?

In fact, this passage gets us to the source of so much that went wrong in the history of our people. We read it on the Shabbos before the fast of Tisha B’Av. The “how” in the second verse – Eichah! – bodes ominously.

Only a handful of verses later, the people come back with a seemingly unrelated proposal of their own. “Let us send men ahead of us, and let them spy out the Land.”[3]   Moshe mulls it over. “The idea was good in my eyes.”[4]  Unfortunately, we know where that got us!

On second thought, why did Moshe emphasize that he concurred with their plan? Moshe’s words of rebuke occupy the long opening section of Devarim. He uses the last weeks of his life to put the Jewish people on their best footing before his successor takes over. Why does he blunt his criticism by telling them that he didn’t think that sending the meraglim was such a bad idea?

The intrinsic madregah of Klal Yisrael, their lofty kedushah, flows from one place alone – the Torah, specifically as it was delivered through a special conduit known as Moshe. Where they stood depended on the degree of their connection to Moshe, on their desire to draw more and more of what he alone could conduct from its Heavenly source. Reciprocally, the madregah of Moshe was dependent upon the spiritual level of his people. When they erred, he was likely to slip as well.

When Moshe stated that he went along with their idea, he wasn’t softening the blow. He was adding more power to his punch. He meant that their acceptance of his proposal to appoint many, many underlings to his authority was the reason that they later came up with the ill-fated plan to send the spies. Moreover, had they not fallen in madregah when they bought into the appointment of the officials, he, Moshe, would not have agreed as well to their project! By narrowing the conduit to the Torah that fed them, it was they who were the sole cause for the mission of the spies, and the thousands of years of tribulation that ensued!

The interdependent relationship between the people and Moshe was nothing new. We are told that the people critically “gazed after Moshe,”[5] and even accused him of wrongdoing. They were not being small-minded. They understood that their own spiritual shortcomings might leave a mark on Moshe. They used him as a barometer of their own spiritual fortunes. When they saw that “the anan stood at the entrance to the ohel,”[6] they were reassured that they had not fallen too far. It was out of joy and gratitude – not fear – that they prostrated themselves before the ohel.

We are told that Moshe was the first redeemer, and that he will also be the last. The redemption will only come when Klal Yisrael will fully relate to Moshe the way they were meant, drawing down his Torah more fully.

We can explain a bit more about how that redemption will take place. As is well known, there are four worlds: atzilus, beriah, yetzirah, and asiah.  The first two are connected to thought alone; the latter preside over action. Now, there is no gap between G-d’s command and its accomplishment. For this reason, Divine speech is linked to the two lower worlds of formation and doing.  A capacity of the Jewish neshama and its creation in the Image of G-d, is that we as well can create worlds, even without lifting a finger, simply by the expression of our will. (Will/ ratzon is even more fundamental than speech or thought.) This is what Chazal mean when they say[7] that tzadikim can create worlds.

Of course, they don’t do this every day. When Hashem asked for a mishkan, Klal Yisrael did not rise to a level sufficient to be able to create it by the force of their will alone. They had to take tools in hand to construct it a more conventional way.

We are far from stuck in this mode forever. In the future, this creative capacity will be very much in evidence. This is what Chazal mean by a third beis ha-mikdosh, made of fire, descending from Heaven: Don’t think that the mitzvah of building a beis ha-mikdosh will not apply at the time of the future redemption, just because it will miraculously descend from Heaven. It will be the people who build it – but it will be through their ratzon, which will have arrived at the fulfillment of its power.

We are so puzzled by our prolonged galus! We must know, however, that one of the reasons for its length is that the strength and power of our will must be built up over time so that we will be able to rebuild the Temple through its force alone. Much of that will is tied up with our mourning for it, for our longing for its restoration.

Our mourning for the beis ha-mikdosh does not merely remember the past, nor does it just remind us of the source of all our present troubles. It quite literally adds pieces of the future beis ha-mikdosh, may we see it speedily in our days.