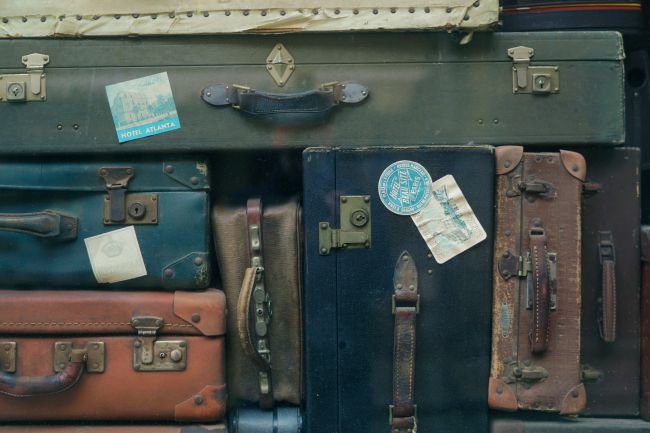 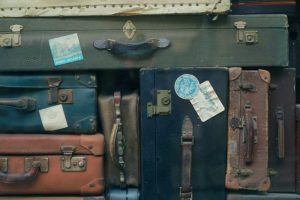 Noach was a righteous man, perfect in his generations.[2]

Know this. There are two kinds of tzadikim. There are some who are chosen by HKBH in order to preserve the purity necessary for the continuation of His creation. They assure the world He formed is not lost to the blandishments of the sitra achra. This kind of tzadik may be a great person, but Hashem lifts him even higher in order maintain a significant beachhead for His plan for the world, and to allow history to move forward in the right direction. Noach was such a tzadik. “In his generations” should be understood as for the benefit of the generations that would proceed from him.

This idea helps us understand the well-known dispute[3] about whether the “in his generations” qualifier (understood in the more conventional sense) was meant to increase his stature or to diminish it. The former opinion holds that even had he lived in Avraham’s time, Noach would still have been among the elect tzadikim picked by Hashem for special treatment. In the richer spiritual atmosphere of those times, Noach would have soared even higher. The latter opinion holds that in the more elevated years of Avraham and Moshe, Noach would have been entirely bypassed, and not chosen for inclusion on the short-list of Divinely selected tzadikim.

Very different is a second kind of tzadik: one who earns the designation entirely though exercising his own choices. The first tzadik does not concern himself much with climbing from one madregah to the next, or with pushing the rest of his generation to successively higher positions. The second kind of tzadik does. Noach was content to be a place-holder – to safeguard the future by keeping a core of his generation intact. (His name reflects this attitude. It is related to the word menuchah, or rest and tranquility. The second kind of tzadik can never rest; he struggles constantly to safeguard his spiritual accomplishment from the incessant attacks of the yetzer hora, which affect his well-being in this world and the next.[4] We also understand why, as Chazal tell us, he did not pray for the sinners of his generation. Davening serves to elevate. Noach did not develop the capacity to unceasingly strive to elevate himself from day to day. Similarly, he did not have the capacity to elevate others. He faithfully fulfilled his role in maintaining and preserving the good, so that it should not disappear.)

We know of two teivos – that of Noach, and that of Moshe. Noach’s preserved the tzadik of the generation, so that he should not be harmed. Moshe’s did more. It not only safeguarded him from the edict of Paroh, but it was a place of growth for him. “She opened it [Moshe’s teivah], and saw the child. Behold! A youth was crying.”[5] In the short period of time that the baby Moshe spent in his teivah, he matured so quickly that he became a naar, a youth. His cry was one of longing for radical elevation, the kind that would allow him to reveal the Name of Hashem, and to share the pain felt Above. Noach did not know that longing, but experienced an inner menuchah. (This does not imply that he kicked back and relaxed. To the contrary, he worked tirelessly and constantly for the year on the teivah, tending to the needs of all the animals. But his work was preservative, rather than elevating.)

Noach did not remain content with this role. Upon emerging from the teivah and contemplating the vast devastation before his eyes, he sought an expanded role. He brought an offering[6] which was important enough to ensure that the world as a whole would never again be allowed to fall into the lot of the sitra achra; effectively, he elevated it to a place where no universal breakdown – that would occasion another mabul – would reoccur.

This was more than a simple about-face. Chazal[7] relate that HKBH had wished to give four things to the generation of the Flood: Torah, suffering, korbanos, and prayer. In other words, had they prevented themselves from falling into a spiritual abyss, they had been placed at a time and place that offered incredible opportunity for advancing the spiritual state of mankind at an early stage in its development. Chazal look to these four gifts, because each provides for enormous spiritual growth.

Torah: The gift of Torah is the easiest to understand – even if we puzzle over its relevance to the people of the Flood. But the gemara[8] observes that the gematria of the first word in the phrase beshegam hu basar is the same as that of Moshe, the giver of Torah. This means that Moshe’s neshamah was with them in that failed generation. It could have been tapped to transmit the Torah to them.

Suffering: Some suffering comes to us because of sin, and we naturally try to avoid it. There is another type, however, that has no connection to sin at all. To the contrary, it is a blessing. It starts off when we feel intense longing for something that does not let up until we achieve it. In the right people, that longing – and dealing with it – does not end when they attain the object of their desire. Rather, they learn to transfer it to higher and holier objectives, longing for spiritual excellence. This only happens to people who have banished sin from their lives.

Korbanos: While some offerings are part of our reaction to our shortcomings, others are offered entirely as “gifts,” hoping to draw closer to HKBH through them.

Prayer: Prayer – especially petitionary prayer – doesn’t attempt to change G-d’s mind, as if He were changeable. Rather, it tries to change us. By elevating us, we become different people, for whom some unpleasant Heavenly edict is no longer relevant.

Noach emerged from the teivah, and beheld the wasteland caused by moral failing. He opted for a new strategy in life. He now longed for elevation, and desired specifically to achieve himself what the generation that perished had failed in achieving. He offered an important korban. He became a “man of the earth,”[9] meaning that he drew close to the land of Israel, hoping to grow from its influence so that he could receive the Torah. He “planted a vineyard, drank of the wine and became drunk.”[10] He wished to indicate through this that his grasp was no longer limited by where human intellect could take him, but came from a much higher place.

What he hoped to achieve, he wished to pass on to his descendants, especially those still to be born to him in a purer world than that of his first children. Canaan – who stands for the polar opposite of the holiness of the Land of Israel attempted to put a stop to that, either by making him incapable of siring more children, or by violating Noach’s personal kedushah, leaving him far from his spiritual goal.