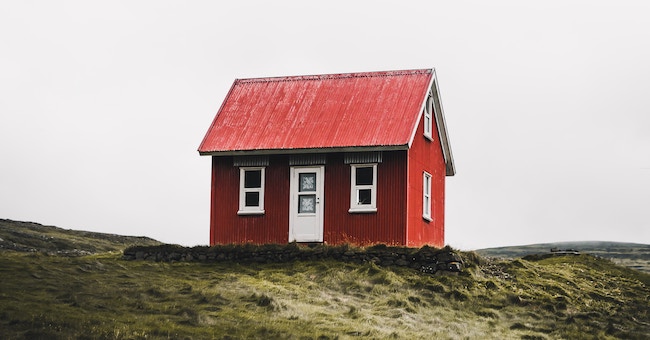 Bringing It Into the House 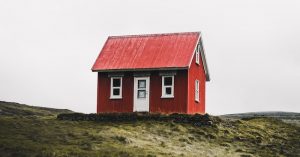 These are the generations of Yitzchok, the son of Avraham. Avraham fathered Yitzchok.[2]

The difficulty – and Rashi’s solution – is well known. The birth of a son to the elderly Avraham was so unexpected, that the cynics had a field day. The real father, they proclaimed, was Avimelech. To stop the wagging tongues, Hashem made it very clear that “Avraham fathered Yitzchok,” by making Yitzchok bear unmistakable resemblance to Avraham.

Tanchuma goes further. It adds that even Avraham had his doubts! Clearly, this midrash is not meant literally, and requires explication. It is impossible to see Avraham thinking that his wife was capable of such a transgression.

Much of our avodah attempts to close the apparent gap between nature and its Creator. In other words, it is quite easy to look out at a world that operates through the laws of Nature. Events can be predicted according to these laws. Most people see these laws at work, they don’t feel a sudden urge to prostrate themselves before G-d’s manifest presence. To the contrary, we work hard to remind ourselves that an active Divine Will stands behind the Nature that seems to be set to autopilot, and can do a good job hiding Hashem’s presence.

In Gen Eden before Adam’s sin, no gap existed between Nature and its Source. Adam contemplated a world of Nature and saw nothing but the Will of Hashem at work. His sin changed that view dramatically. It created a chasm, a disconnect between the world of teva and its Source. Teva often interfered with the sense of standing in the immediate presence of HBKH. In that new world, you had to get past teva to find G-d.

There would be several steps in different directions before arriving at the world we know today, in which we work constantly to re-anchor teva to its spiritual cause and source. Noach took the first such step: He ignored teva. He subordinated all his natural desires and paid attention only to Hashem’s directives. For this reason, Noach did not pray that the evildoers around him should be spared from the projected flood. If such a catastrophe was part of G-d’s articulated Will, then he was not to question or resist in the slightest. He would purge himself of his own reactions, replacing them with full focus only on the retzon Hashem.

Avraham went one-up on this. He completely transcended his own teva. He did not have to resist following his own inclinations. He had none, other than Hashem’s Will. Therefore, He never really “prayed” for the people of Sodom! He did not seek rachamim to replace the din / judgment that Hashem had ordained. Rather, he simply raised an argument within the very same orbit of din that sentenced the city’s destruction. “Shall the Judge of all the earth not do justice?”[3]

Similarly, the Torah does not record any prayer of Avraham’s for children. He mentions his childlessness as a matter of fact. “You have not given me progeny.”[4] He does not, however, entreat Hashem to change that fact. He stated the problem of continuity as if from Hashem’s vantage point, but he had no personal stake in it.

This same absence of personal interest allowed him to pass the test of the akeidah.

When Avraham one day discovered a strong longing for children, he wondered how this could have developed. He thought that one possibility was that Soro’s stay with Avimelech had created that desire within her, and she had transmitted it to him! In that sense – and in that sense alone – Avimelech had perhaps “fathered” Yitzchok. By stirring an interest in the propagation of humankind into the future, Avimelech had turned Avraham and Soro into potential parents, who ultimately had a son in whom physical continuity of their mission was assured for the future.

Yitzchok, then, was conceived together with a return to the world of the natural laws that govern us. Avraham’s transcendence of those laws, however, was not lost. “Avraham fathered Yitzchok.” As Rashi continues, Hashem made Yitzchok’s likeness unmistakably similar to that of his father. In other words, Avraham’s escaping the incessant tug of natural tendencies and needs was passed on to Yitzchok, albeit in a slightly different manner. Yitzchok lived with those tendencies – but only related to their source in kedushah. Avraham revealed the Will behind kedushah; in Yitzchok, that kedushah became part of his essential nature, and conveyed to his descendants.

Chazal[5] point out that each of the avos had a different way of characterizing his avodah. Avraham called it a mountain; Yitzchok a field; Yaakov a house. This is a beautiful way of summarizing what we’ve said earlier. Avraham’s avodah was one of transcending his nature. He had to rise above – to ascend the mountain. Yitzchok had to engage – to meet teva on a level surface, and to draw out the kedushah from its soil.

Esav resembled his father Yitzchok, and was also called a “man of the field.”[6] He, too, engaged the world of teva. He had some of Yitzchok’s greatness; within him lay the souls of R. Akiva and other tana’im. The kibud av that he performed was pure. It was the one area in which he succeeded in elevating the ordinary, and drawing out its kedushah.

That wasn’t enough to receive the berachah from his father. Rivka understood this, and demanded that Yaakov receive his father’s berachah, rather than be dependent upon his brother to any extent. When Yitzchok realized what had happened, he confirmed that the berachah would remain with Yaakov. He understood that there had to be some separation between them, that they could not share the same conceptual space.

In other words, he understood that Yaakov needed to dwell in a house, a structure with walls that kept some things in, and some things out.