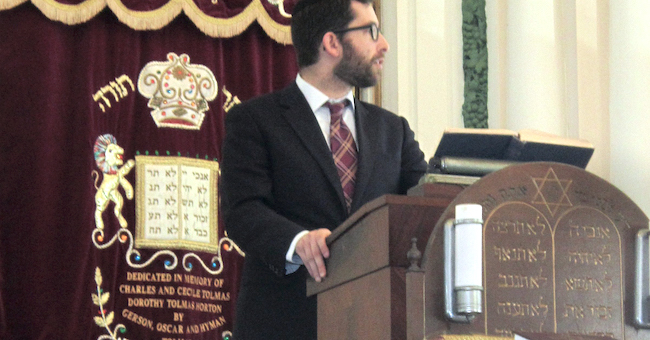 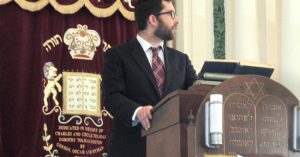 If you will walk with my decrees, and observe my commandments and perform them…[2]

Our pasuk establishes three conditions for the many blessings with which the Torah continues: walking, observing, and performing. Rashi, citing Toras Kohanim, argues that the second and third cover all of halacha’s demands upon us. What, then, does the first condition – walking with Hashem’s decrees – require of us? The famous and familiar answer is that it requires that we toil in Torah. Rashi goes on to show how failing to work diligently in understanding Torah inevitably leads to poor performance – and much worse.

We should still ask what this toiling in Torah is about. There may be several possibilities that we should consider. One of them is how we approach chukim, the mitzvos of the Torah whose reasoning seems impenetrable to us. Learning Torah generally brings us joy. Chukim are different, in that as hard as we try, we often don’t get anywhere, at least not until we invest an inordinate amount of time and effort. That effort might be the “toil” that Chazal mean.

I’m not convinced that toiling in Torah is the closest fit with the “walking” in our pasuk. I’m going to suggest a very different alternative. Walking may describe a precursor to observing and performing for people who are quite far from depth learning. It may describe the practice of so many common people, who really don’t get into a text or concept. However, they dutifully walk. They walk to shul regularly, to hear the drasha of the rav. They walk, they sit, they listen – even though they don’t fully comprehend. But they cherish the time they spend, listening to Hashem’s Torah. They choose between competing presenters, and then loyally show up to listen to the one they’ve picked.

This is the “toiling” of our pasuk. It is the toiling of the ignorant, who make the effort to come, even though they cannot fully participate. They, too, reap the benefits of this semi-learning. Chazal tell us that if a person claims they he made some effort in Torah, and did not achieve, he should not be believed. It is impossible that some of the learning of the ignorant will not penetrate. The learning that they do through their toiling to simply show up will lead as well to greater observance and performance.

Having come this far in praise of the institution of the drasha, it is appropriate to see to it that it becomes a fixture on three occasions: on Shabbos and Yom Tov, at weddings, and at a bris. Each brings its own argument I support of my proposition.

We’ll consider bris, for which there are several reasons to include a drasha. First, the baby is considered halachically to be infirm, and in need of healing. (We violate Shabbos to tend to his needs.) People who attend a bris are in the habit of pledging money in the merit of the baby’s full recovery. The drasha will remind them to direct their donation towards Torah study, because after the redemption of captives, there is no greater mitzvah. The drasha will remind them of the paramount value of limud Torah, and help orient them to donate properly, rather than towards unnecessary embellishment of the shul building. They hopefully will come to understand the two most important charitable destinations in a community are Torah study, and the care for the sick who have become wards of the tzibbur.

The story of the bris of Acher shows the potency of a drasha to orient people towards Torah study. The great sages of Yerushalayim all attended. Their drashos about mystical matters were so lofty that the house filled with smoke because of the presence of the Shechinah. Acher’s father was so impressed with this demonstration of the power of Torah, that he pledged to raise his son for its study. (The drashos affected him deeply – but not quite in the proper way. Had he truly bestirred himself towards the pure mitzvah of Torah study, he would have pledged money to teach the poor or orphans. Instead, he coveted having the glory of Torah for his own son.)

Another reason to pair a drasha with a bris is that milah is a necessary precursor of Torah study. While a person is an areil, he is not spiritually prepared for the sechel of Torah. Indeed, he lacks the full complement of sechel needed to properly perform any mitzvah, save one. That one exception is belief in Hashem, which precedes bris, and does not fully depend on sechel. For this reason, the gematria of “bris” is 612, indicating that bris is the gateway to the performance of almost all the mitzvos of the Torah.