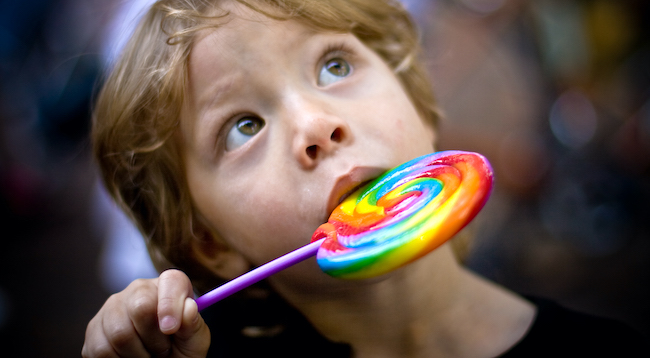 Spoil the Child, and Spare the Rod 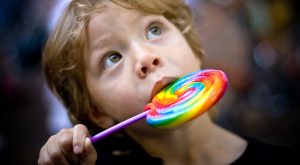 You are all standing today before Hashem[2]

One of the ways that we have traditionally understood this pasuk is as reassurance to a Klal Yisrael that was left trembling by the ninety-eight imprecations in the tochechah/rebuke of the previous parshah. Moshe tells them that their fears are misplaced. All who heard those curses somehow survived them nonetheless. They clearly didn’t make life impossible. To the contrary, they are part of the reason that people successfully navigated times of Divine wrath. The punishments meted out by Heaven contribute to the continuity and permanence of our people. They come from a loving place within Hashem, not from a place of vindictiveness. It is actually those fearful consequences and punishments that contributed to the survival of the generation that stood before Moshe. So it will be throughout history. The threat of punishment, and the growth during times of pain and suffering, will continue to positively shape the journey of the Jewish people.

The threat of punishment is important to the individual as well. There are some among us who blindly repeat a mantra that Man is the most noble of all creatures. They gloss over the inconsistency in that thesis – namely, the utter helplessness of a human baby relative to other animals. The human neonate requires years of care, slavishly lavished on him by his parents. The reason for this is a key in understanding the why and how of chinuch. Man begins his trip through life utterly dependent on others in order to make him educable. Indeed, this stands behind the entire institution of human parenting. By the time a child reaches the age of five or six – and age at which he can begin to learn proper conduct and fine character – he has developed a sense of gratitude towards, and devotion to, his parents who have supplied him with everything he has. If the parent must chastise him, or limit his behavior, there is a good chance that he will accept the instruction, since it comes from the parents he has learned to love from the time of his birth.

In other words, parenting is all about leveraging the reliance and feeling a child has for his parents, so that they can mold him into a better person.

If the child remains obstinate and spurns the instruction of his parents, they will turn to other options. They may have to employ corporal punishment, sometimes painfully so.[3] Alternatively, they will find themselves incapable of doing so, and will develop substitutions. They might, as was common in the times of the gemara, use vows to restrict the pleasures and benefits they can confer on the child, pending his “mensching up.” The strategy is the same. At times, some negative, coercive experiences are in order for the child, as a way of moving him to a better place.

Even this may prove inadequate, driving parents to their wits end. At that point they will delegate. They will entrust the child to a melamed, who will himself be authorized to use force if necessary to place the child on a firm footing. Recognizing this, the parent will create more palatable methods in advance. He will lavish all kinds of delights upon the child, which the child will become dependent upon. The parent will tell the child, “I wish I could continue to instruct you day by day. But you see that at times I find it necessary to strike you, for your benefit. As a parent, I have no choice but to worry about your development. But it hurts me to hurt you. And I worry about being excessive in that punishment. I have no choice but to turn you over to a teacher. If you follow his instruction and show improvement, I will welcome the day when you can be restored to my direct care.” By first showering the child with gifts and delights, the parent provides flexibility to the melamed. That tutor does not have to use corporal punishment. Instead, he can selectively withhold one of the benefits that the child has gotten used to, hopefully with the same effect.

All the extras and luxuries that the parent bestows upon his child speak of the love he has for the child – although not in the way we ordinarily think. They are given for the express purpose of saving the child from more painful interventions during his years of training. They are given so that they can be withheld in the future, if the need arises.

This process is so basic, that Hashem Himself employed it, in our infancy and early development. He instructed us slowly. First came a few mitzvos at Marah; then the Ten Commandments; and finally, one mitzvah after another throughout the forty years in the Wilderness.

The people were not compliant. Shabbos was given to us even before Sinai, but people violated it, going out to look for the mohn. Hashem reacted only with some harsh words. The people stumbled and fell again when they complained about the water. Once again, Hashem responded only with harsh words. The punishment of those who participated in the next great sin – the golden calf – was more severe. It moved beyond words to painful punishment. Yet, it only affected 3000. Further indiscretions caused Hashem to hand oversight of the people over to an angel.[4] Hashem was “afraid,” as it were, that He would punish excessively, so He appointed a third-party angel to supervise. (While Moshe succeeded in staving off this decree in his lifetime, the angel was introduced in the days of Yehoshua.[5]) Along the way, Hashem avoided meting out harsher punishment by withholding favors He had granted, and the people expected. Such was the case regarding the two crowns that each Jew received, and that were taken away in the aftermath of one of the national sins.

As a loving Father, Hashem treated us the same way good parents treat their children as they try molding them into effective adult devotees of G-d.