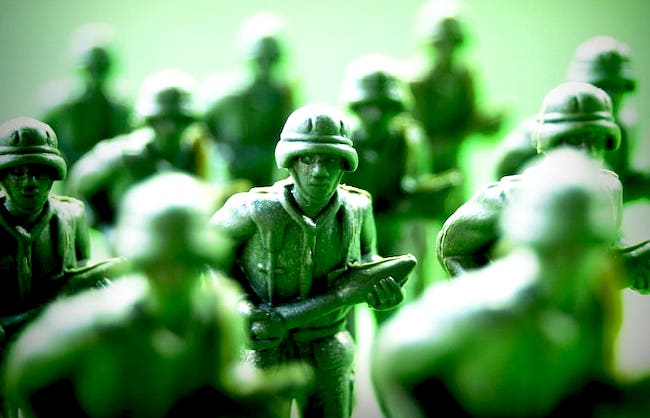 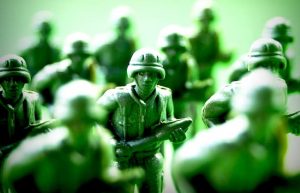 Rav Isaac Sher zt”l asks the following question: In the tefillah of Al Ha’nissim, we thank Hashem for the miracles that occurred, the great strength that Hashem showed us, and the salvation from the enemy. However, we also thank Hashem “al ha’milchamos” – – for the actual wars that were fought. What benefit did we get from the war itself that we find it important to thank Hashem for ? It certainly can’t be referring to the outcome of the war, for we already mentioned “al ha’teshu’os” – for the salvation from our enemies.

We may answer that when we fight a war with the enemies of Hashem, we are, in other words, fighting for Hashem’s cause. This builds an inner conviction within us, and we become stronger; more fortified in our yiddishkeit and in our Torah ideals. Thus, the actual war for the sake of Hashem becomes a source of inner spiritual growth for us.

Rav Avigdor Miller zt”l once said that if you want to bring a newcomer to yiddishkeit closer to taking on a life of Torah, the first thing to do is sit him down to a Gemara. When he begins to fight with his chavrusa over the sevaros of Abayei or Rava, then their thoughts become his own thoughts, the Torah’s convictions become his own convictions, and through this, he will eventually take on a life of Toras Hashem!

We see from here that when we struggle l’shem Shomayim for ruchniyus, for the sake of Hashem, it will only result in more ruchniyus growth within ourselves. Therefore, we thank Hashem even for the milchemes Hashem that we fought.