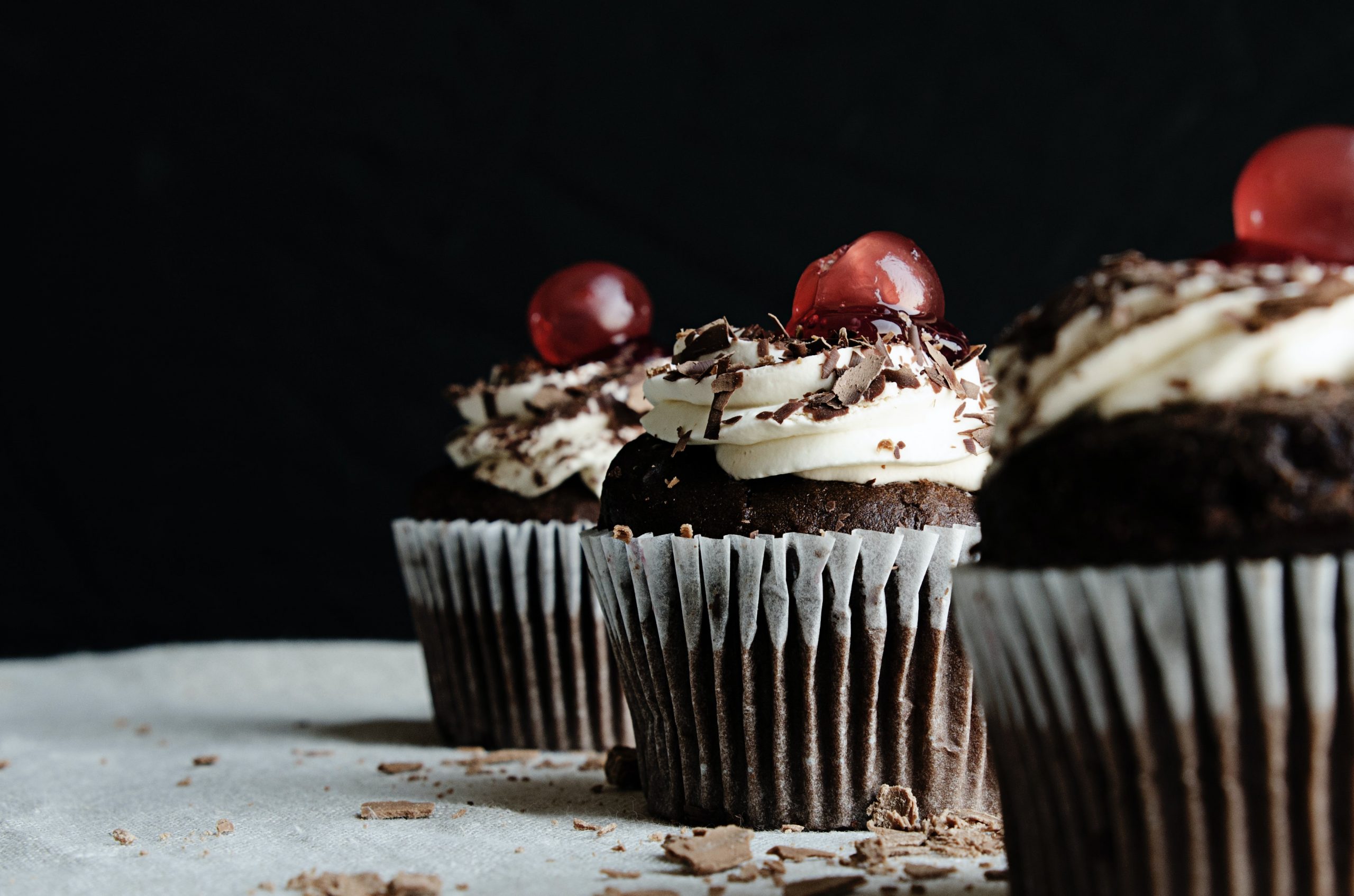 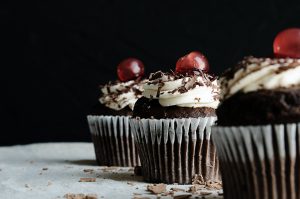 “And I will make of you a great nation; I will bless you and make your name great, and you shall be a blessing” (12:2)

The Mishna in Pirkei Avos teaches that Avraham our father was tested with ten trials of faith.1 According to all commentaries, the directive of “lech lecha” – “go for yourself” is included as one of those trials.2 However, coupled with this directive, Avraham was promised fame, fortune, and many children.3 Therefore, how does this directive constitute a test? If a person is guaranteed fame, fortune and children, what could possibly impede him from going? Furthermore, most people of a lesser faith than Avraham would follow Hashem’s directive even without the promise of reward. Why is it necessary for Hashem to promise Avraham all of these benefits?

Some commentaries attempt to explain that Avraham was told of the rewards which await him because the test was to see whether Avraham’s incentive to go would be the rewards or the fact that Hashem had commanded him to do so. However, this interpretation cannot be correct, for the purpose of a test is for man to grow and develop his potential. Testing Avraham’s incentive is not a way to develop his potential. Hashem has no benefit from attempting to frustrate man. Additionally, the verse says “lech lecha” – “go for yourself”; Hashem wants Avraham to go for his benefit and pleasure, not in spite of them.

We all go through life struggling to choose what is good over what is pleasurable for us. We contemplate whether we should eat healthy foods or enjoyable unhealthy foods. We deliberate whether it would be better to have a faithful marriage and the responsibility of raising children, or to be free to consort with whomever we please. The reason why we struggle as such is because we define pleasure as physical gratification. If man would realize that the greatest possible pleasure, a pleasure which transcends base physical gratification is the feeling he receives from doing what is right, all of his internal tension would dissipate. The feeling of ennobling ourselves by doing the will of Hashem is a pleasure which we carry with us throughout our lives. We must redefine for ourselves what true pleasure is, what really makes us feel good.

The test that Avraham is faced with is following Hashem for his pleasure and benefit; Hashem is testing Avraham to see whether he considers carrying out the will of Hashem and experiencing pleasure to be one and the same. The pleasure of doing what is right should override those forbidden pleasures which tempt us. This is man’s ultimate test, which will determine whether he will go through life frustrated and unhappy because of unfulfilled desires, or contented and fulfilled due to the knowledge that he is doing what is right. “Lech lecha” – “go for yourself” is a test to determine whether Avraham is going for his pleasure, whether his pleasure comes from adhering to the directive of Hashem. The rewards of fame and fortune occur subsequent to Avraham’s fulfillment of the directive of “lech lecha”; they are not the pleasure and benefit alluded to in the directive of “lech lecha”. 5

“…and Avraham was seventy-five years old when he left Charan”(12:4)

The chronology of this week’s parsha poses many difficulties. The Torah begins with Avraham’s arrival in Eretz Yisroel at the age of seventy-five. A short while later Avraham is forced by famine to descend to Mitzrayim. The Torah then records the dispute between the shepherds of Avraham and the shepherds of Lot, which leads to their separation. Following the separation, the Torah records the war of the four kings who came primarily from lands east of the Jordan River against the five kings who came from lands west of the Jordan River. The four kings are victorious, capturing the five kings and their territories, and ultimately Avraham conquers the four kings. Finally, the Torah records the Covenant of the Pieces.

According to the Seder Olam, which is the consensus of most commentaries, Avraham was seventy years old at the Covenant of the Pieces.1 According to the Baalei Hatosfos, the war of the kings occurred when Avraham was seventy-three.2 Therefore, the parsha begins with Avraham going to Eretz Yisroel at the age of seventy-five, and almost immediately descending to Mitzrayim. Then the parsha records the war of the kings when Avraham was seventy-three, and finally, the Covenant of the Pieces when he was seventy. Although “ayn mukdam ume’uchar baTorah” – “the Torah is not written to reflect chronological sequence”, the logical manner in which to record information is chronologically. Therefore, whenever the Torah departs from a chronological sequence, an explanation is required.

In the Midrashim of this week’s parsha we are introduced to the concept of “Ma’asey avos simon labanim” – “The actions of the Patriarchs are a portent for the children.”3 On one level, this is to be understood that the refinement of character which our forefathers underwent was genetically engraved upon them and subsequently bequeathed to their offspring. Developing the theme set by the Midrash, the Ramban adds a second facet to the notion of the actions of the Patriarchs being a portent for the children.4 He explains that events which transpired in Avraham’s life were prophetic symbols, ensuring future blessings for his descendants. The explanation for this is as follows: Using the Torah as the blueprints, the world was created with a master plan and purpose, the ultimate goal of man being to reveal Hashem’s glory.5 Which nations and individuals who would play a pivotal role in achieving this result, would be determined by the choices they make. Although the Patriarchs were worthy Chariots to be the bearers of Hashem’s glory in this world, this would not necessarily assure that their offspring would be included in the master plan.6 Even prophesies assuring the creation and continuity of offspring can be abrogated by the sins of those offspring, as the Talmud states, “shemah yigrom hachayt” – “perhaps sin will intercede”.7 A prophesy accompanied by the actions of the Patriarchs foreshadowing the event, guarantees that history will unfold in the manner prophesied.

The Avos have the ability to orchestrate the course of Jewish history. Therefore, the events of Avraham’s life must be viewed on two planes: those events which affect him individually, and those in which he functions as the head of the corporate entity of Klal Yisroel. The Torah reflects a sequence of events as they affect the entity of Klal Yisroel, not necessarily as they unfold in Avraham’s private life.

Avraham’s going down to Egypt because of the famine foreshadows Bnei Yisroel going down to Egypt because of a famine. Pharoah attempts to take Sarah from Avraham, much the same way as the Egyptians attempt to kill all of the male Jewish children so that they could take the females for themselves. 8 Avraham leaves Mitzrayim with great wealth, ensuring that his descendants would do the same. When entering Eretz Yisroel,a dispute with Lot ensues. Similarly, when attempting to enter Eretz Yisroel, Bnei Yisroel are confronted by Ammon and Moav, descendants of Lot.9 Bnei Yisroel conquer the east side of the Jordan, and in the days of Yehoshua, the west side of the Jordan, foreshadowed by Avraham defeating the four kings.

Rashi offers a detailed description of how the Covenant of the Pieces made irrevocable the gift of Eretz Yisroel to Bnei Yisroel and ensured their survival from the times of the Davidic Dynasty, followed by the four monarchies which will dominate Bnei Yisroel in exile, and culminating with the coming of Moshiach.10

Parshas Lech Lecha reflects the entire gamut of Jewish history, beginning with the descent to Egypt and concluding with the coming of Moshiach. It is this chronology that the parsha follows, with Avraham functioning as a Patriarch impacting upon his descendants rather than the sequence of his own private life.