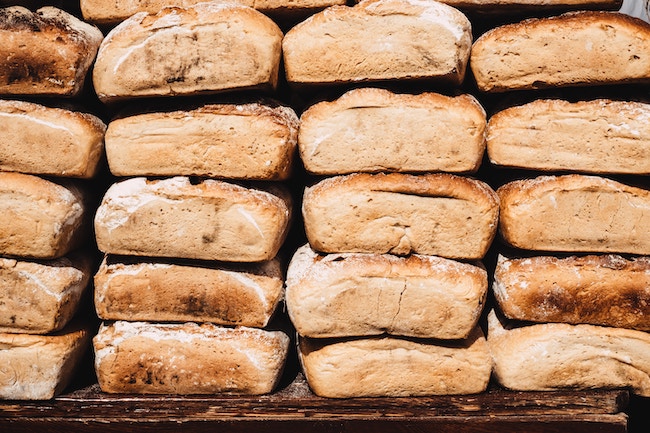 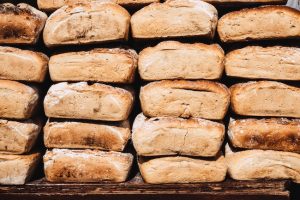 “Mommy, can I please help set the Shabbos table?”

Mrs. Goldberg cast a worried look across the room at her husband. Chani was only four years old and while she had a big heart, she was still a bit of a ‘klutz’.

“Sure” she smiled. “How about setting the challos on the table? They are in that bag on the kitchen counter.”

“Great” said Chani. “She carefully opened the bag, took out the first challa, carefully carried it to the table, and gently set it down on the table.”

Chani took the second challa. “This is easy!” she said. At that moment, she tripped. The challa snapped in two. Half remained in her hands. The entire family watched helplessly as the other half rolled across the room, through the balcony door, and fell 5 stories to the busy street below.

“That’s alright, honey” said Mr. Goldberg. “But it was our only other challa”.

Mrs. Goldberg asked Chani’s older brother Netanel to check with their neighbours if they had an extra challa.

Netanel returned 2 minutes later with a slice of bread in his hands. “They’re also out of challa, but they gave me this”.

“Can we use a slice of bread instead?”

Q: What is the  connection between our story and the parsha?

A: Parshas Beshalach tells the story of the manna. On Friday, the Jews received a double portion (Shemos 16:25). Based on this verse, there is a mitzva to make the Shabbos meals with two challos (Shulchan Aruch, Orach Chaim 274:1 and Rema Orach Chaim 291:4).

Q: Why didn’t the Goldberg’s just use the broken challa?

A: There is a halacha that the two loaves of challah should be complete and whole (Orach Chaim 274:1).

Q: Is the slice of bread that Netanel brought any use?

A: Yes. While it is preferable to have a whole challa, the Netziv holds that it is also acceptable to have a ‘whole’ slice of bread. The idea of ‘whole’ is relative (Shut Meishiv Davar (no. 21).

Q: What if Netanel couldn’t even find a slice of bread?

A: If there is no ‘whole’ challa available, then one may and must fulfill the mitzva with two broken pieces of challa (Aruch Hashulchan 274:5)

(Written by Josh and Tammy Kruger in collaboration with Rabbi Yehoshua Pfeffer. Based on The following article by Rabbi Pfeffer: Lechem-mishneh-the-double-bread-of-shabbos)

Articles on Devarim & The Three Weeks