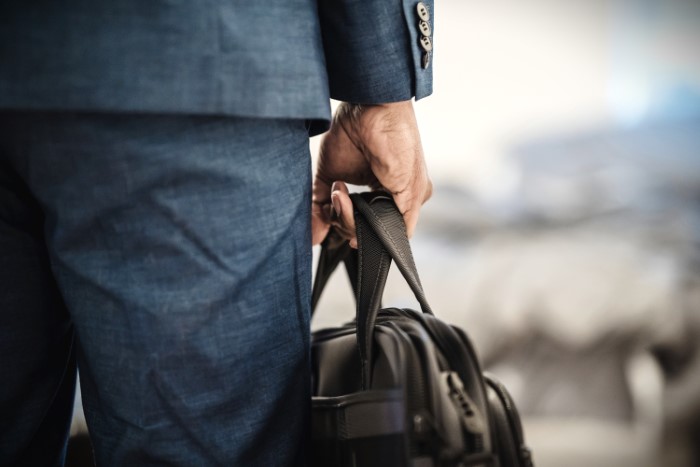 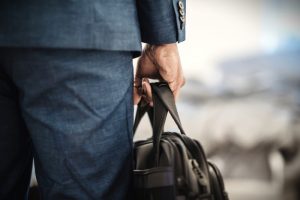 Our Parashah assigns two missions to Yaakov Avinu, writes R’ Yehoshua Kaniel z”l (1895-1970; Chief Rabbi of Haifa, Israel): First, “After that his brother emerged with his hand grasping on to the heel of Esav, so he called his name ‘Yaakov’” (25:26), and, second, “Yaakov was a wholesome man, residing in tents” (25:27). R’ Kaniel explains:

Yaakov’s first mission is to hold on to Esav’s heel, i.e., to ensure that Esav and his descendants do not stray off the proper path, thereby filling the world with impurity, theft, wickedness, and moral degradation. Yaakov’s descendants are meant to accomplish this mission by serving as examples of what a human being can be. This is Yaakov’s outward-looking mission.

Yaakov’s second mission is inward-looking–to “reside in tents,” i.e., the “tents of Torah study.” Pirkei Avot (1:2) teaches that the world stands on three things: Torah, Avodah / prayer, and Gemilut Chassadim / acts of kindness. Each of these pillars parallels one of the Patriarchs, with Yaakov being the pillar of Torah. Yaakov is “a Sulam / ladder set earthward and its top reaching heavenward” (28:12). Notably, the Gematria of “Sulam” equals that of “Sinai,” where the Torah was given thanks to Yaakov’s efforts, R’ Kaniel observes.

Torah is the most important pillar, R’ Kaniel writes. He explains: If Divine service and acts of kindness are not rooted in the Torah, then they are merely the product of man’s intellect. But, as the 20th century demonstrated, intellect alone cannot save the most well-mannered nation from degenerating into barbarism. Only Torah can guarantee the perpetuation of charity and justice. (Divrei Yehoshua II p.797)

“And these are the Toldot / offspring of Yitzchak son of Avraham–Avraham fathered Yitzchak.” (25:19)

The Gemara (Berachot 8a) teaches: “If one occupies himself with Torah study, performs acts of kindness, and prays with the congregation, Hashem views it as if that person has redeemed Hashem and his ‘sons’–the Jewish People–from among the nations.” [Until here from the Gemara]

The Zohar asks: Many people have occupied themselves with Torah study, performed acts of kindness, and prayed with the congregation, yet the Shechinah and the Jewish People have not yet been redeemed! [Our “redeeming the Shechinah” may be understood as our creating the conditions for the full revelation of Hashem.] The Zohar answers: One must occupy himself with Torah study with the intention of connecting it with Hashem–not as an intellectual pursuit–and one must perform acts of kindness for Hashem, so-to-speak–meaning that one performs Mitzvot with the intention of “redeeming the Shechinah”–with the aim of bringing about the revelation of Hashem. [Until here from the Zohar]

R’ Yaakov Yosef z”l (1738-1791; rabbi and Chassidic Rebbe in Ostroh, Ukraine; known by the acronym “Rav Yeivi”) writes: The Zohar’s lesson is alluded to in our verse. “These are the Toldot / offspring (or history)” of the Jewish People: “Yitzchak”–rejoicing, i.e., they will leave the exile joyously, as it is written (Yeshayah 55:12), “For with joy you shall go out.” (The name “Yitzchak” comes from the word for laughter.) How will we merit this joy? “The son of Avraham”–i.e., when all our deeds are done with Avraham’s trait, kindness–in this case, kindness for Hashem, so-to-speak, as explained above. Only the trait of Avraham, i.e., kindness, will father “Yitzchak”–i.e., the joy of the redemption. (Sefer Rav Yeivi)

R’ Yosef Yitzchak Feigelstock z”l (1931-2021; Rosh Yeshiva of Mesivta of Long Beach, N.Y.) writes: Rivka was told by a prophet that her two sons each had a mission, which was to compete to determine the nature of the world: good or evil. Presumably, Rivka passed this prophecy on to Yaakov, and he understood that his task required him to take the birthright from Esav.

Still, how could Yaakov seemingly take advantage of his exhausted and starving brother?

R’ Feigelstock explains in the name of R’ Yaakov Kamenetsky z”l (1891-1986; rabbi in Lithuania, Seattle, and Toronto; Rosh Yeshiva of Yeshiva Torah Vodaath in Brooklyn, N.Y.): The trials from which the Patriarchs grew the most were those that required them to act contrary to their natures–like the Akeidah, at which Avraham, the paradigm of Chessed / kindness, was called upon to offer his beloved son Yitzchak as an offering. So, too, Yaakov–whose defining attribute, say our Sages, was Emet / truth–was called upon repeatedly to act in ways that seem devious. The Patriarchs understood that using one’s natural tendencies to serve Hashem is admirable, but the real test of one’s devotion occurs when he is called upon to act against his nature for the sake of Hashem. (Yehegeh Chochmah)

“See, now, I have aged; I do not know the day of my death. Now, please sharpen your gear–your sword and your bow–and go out to the field and hunt game for me. Then make me delicacies such as I love and bring it to me and I will eat, so that my soul may bless you before I die.” (27:2-4)

R’ Aharon Lewin z”l Hy”d (the Reisher Rav; killed in the Holocaust) writes: It is natural that parents wish to bless their children even when they are aware of those children’s faults. Yitzchak was well aware of Esav’s wild nature, and he wanted to elevate his son’s deeds. Therefore, he said to Esav, “For once, do not hunt for your own pleasure. Instead, do what you enjoy, but do it for my sake.” Indeed, Yitzchak’s words can be translated literally as: “Please elevate your gear.” (Ha’drash Ve’ha’iyun)

R’ Moshe Scheinerman shlita (rabbi in Brooklyn, N.Y.) writes: We read in Tehilim (140:8), “You protected my head on the day of ‘Neshek’.” Our Sages interpret the word “Neshek” in two ways: “Neshek” means “a kiss,” and the “day of Neshek” is the day when two worlds–this world and the World-to-Come–“kiss.” Alternatively, the word “Neshek” means “implements of war,” and the “day of Neshek” refers to the War of Gog and Magog. Either way, R’ Scheinerman writes, “the day Neshek” refers to one’s ultimate death. However, our Sages are teaching, there are two approaches that one can take to life, each of which will leads to a different attitude towards death.

R’ Scheinerman explains: In our verse, Yitzchak says to Esav, “You shall live by your sword.” Yitzchak meant: “You, Esav, have committed many sins.” Indeed, our Sages say that on the day that Avraham died, when Esav was fifteen years old, Esav committed five grave transgressions, including murder, adultery, and idolatry. “You should know, Esav, that your time will come, and you can never know when that will be,” Yitzchak was saying. King David writes (Tehilim 90:10), “Our days are seventy years, and if we are strong, eighty years; their proudest success is but toil and pain, for it is cut off swiftly and we fly away.” But, Yitzchak was telling Esav, “No one is guaranteed even a “normal” life-span. With the lifestyle you have chosen, you will need to keep your sword handy in the hopes of prolonging your life. Ultimately, however, your end will be a violent one, like the ‘day of Neshek’”–alluding to the future War of Gog and Magog.

On the other hand, our Sages are teaching, a person can choose to live a life of Torah and Mitzvot, a life focused on the World-to-Come. Such a person also will die, but his soul’s passage from this world to the next will be smooth, as if the two worlds are kissing each other. (Ohel Moshe: Badei Nechamah p.31)

“Mizmor shir le’yom ha’Shabbat” / “A psalm, a song for the Sabbath day.” Radak writes: This psalm was said on Shabbat in the Bet Hamikdash. Our Sages relate that the first man, Adam, recited this psalm. Adam was created on Erev Shabbat, and he sinned immediately. At noon on Erev Shabbat, he was expelled from Gan Eden. Hashem was going to decree death upon Adam, but he was spared in honor of Shabbat. Therefore, Adam began to praise Shabbat, saying, “A psalm, a song for the Sabbath day.” But, Shabbat said, “You want to praise me? No! It is good to thank Hashem!”

“It is good to thank Hashem and to sing praise to Your Name, Exalted One.” Radak explains: Shabbat is a better day for praising Hashem than are other days of the week, for, on Shabbat, a person is free of worldly concerns, and his soul is relaxed and can busy itself with wisdom and Divine service.

“To relate Your kindness in the morning, and Your faith in the nights.” Radak writes: Day and night we should praise Hashem for the kindness He did for us–i.e., giving us Shabbat as a time of rest. We have faith that He will similarly do kindness for us at all times. Why does the verse emphasize relating Hashem’s kindness “in the morning”? Because, every morning, a person gets up to go to work, but on Shabbat morning, he awakens to a day of restfulness and pleasure. This difference in one’s morning should remind him of Hashem’s kindness.

“For You have gladdened me, Hashem, with Your deeds; at the works of Your hands I sing glad song.” Radak explains: You give me gladness on Shabbat, a result of the fact that I have time on Shabbat to reflect upon the “work of Your hands,” the wonders of Your Creation–specifically, Radak writes, the wisdom inherent in nature.