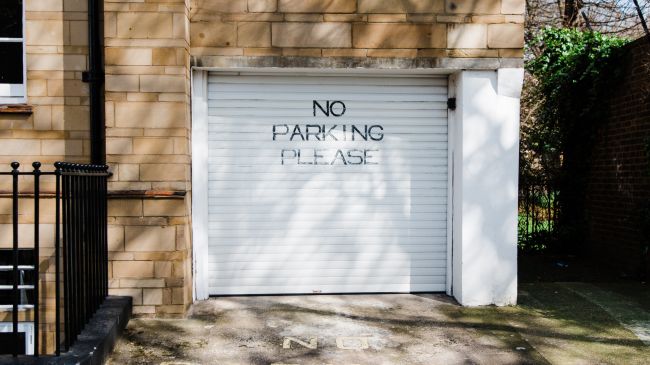 Do I Have to Ask Permission? 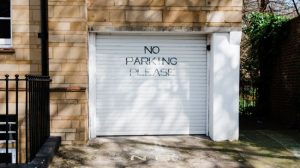 “Hello everyone. I’m home.” said Mr. Steiner as he entered the house, dripping raindrops on the floor.

“Daddy, we were worried about you!” exclaimed the children..

“Yes, there was a big thunderstorm on the way home, but I drove carefully and baruch Hashem I’m fine.”

As the family sat down for dinner, they noticed someone coming out of their garage holding a heavy box in his arms!

“Omigoodness, who is that?” asked one of the daughters.

“And what is he taking out of our garage?” asked another.

Their brother stood up, “That stranger is stealing something from our garage!”

Mr. Steiner walked towards the front door and called out to the man. He recognized him as a quiet man that lived down their street. “Excuse me, Sir?” Mr Steiner called out. “Can I help you?”

The man stopped and turned around. “Hello! You are Mr. Steiner, right? I’m one of your neighbors, I think I’ve seen you in shul a few times. I have a computer in this box that I had just had fixed on Main Street. When I was bringing it home, that heavy rain began, and I was worried that the rain would soak through the box and damage the computer. I saw that your garage was open, so I put it in there. I figured I’d come back in a few hours once the rain stopped. So, here I am! I’m just taking it home now. Thanks!”

The youngest Steiner, a boy aged six, could not hold back anymore. “You aren’t allowed to do that! You didn’t ask permission first!”

The neighbor smiled, “I’m sorry, no one was home. The garage had room in, so I just left my box in there for a short time.”

The boy wasn’t satisfied, “It’s still our property, and since you used it, you should pay us rent!”

The older siblings shushed their brother, but wondered if he was right.Mr. Steiner spoke up: “I apologize for my son’s words, but I think he has a point. I’m sure that had we been home we would have allowed you to store your computer in our garage, but the fact is that we were not there. It’s too bad that your computer would have been damaged, but you can’t simply use someone’s property without their permission.””I see nothing wrong with what I did” said the neighbor. “It’s not as if I caused you any loss. Let’s ask the Shul Rabbi what the halacha says.”

Q: Who do you think is right?

A: In this parshat Lech Lecha, we learn about the city of S’dom. It was full of bad people doing bad things (Bereishit 13:13). Even if someone wanted to do something nice, their neighbors would get angry and hurt them for even trying! Our Rabbis use a term Midat S’dom “the trait of S’dom” to describe such behavior (Mishna Avot 5:10).

The Steiner garage was open and available. The Steiners did not lose anything by having their neighbor’s box in it. If they had been living in that awful city of S’dom or Amorah, it would have been common (and encouraged) to refuse to help this neighbor. It would be showing “Midat S’dom”. Our Rabbis obviously want to stop such a terrible midah and created a rule called “Kofin Al Midat S’dom” which means “we force people to not behave with the midah of S’dom.” (Eruvin 49a). Since the neighbor got benefit and caused absolutely no harm to the Steiners, Jewish law rules that he is allowed to protect his computer in their garage (Choshen Mishpat 363).

Q: What if the Steiners had specifically told their neighbor not to use their garage beforehand?

A: In that case, the neighbor would have to respect their wishes (Choshen Mishpat 363).

Back to Our Story:

After speaking to their Rav, Mr. Steiner offered his apologies. “I am very sorry for our behavior. I certainly don’t want my family to act like the people of S’dom. I’d like to take the opportunity to invite you to our home this Shabbat to be our guest for lunch.”

“That would be wonderful” said the neighbor.

“Yes” smiled the Rav, “but please leave your computer at home”.

They all had a good laugh.