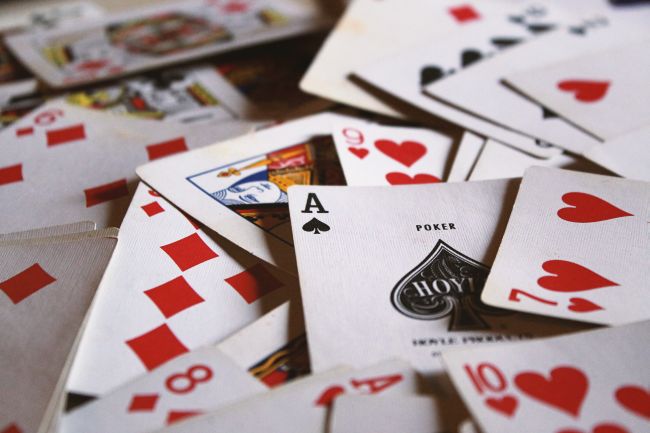 You Can’t Pick Your Cards… 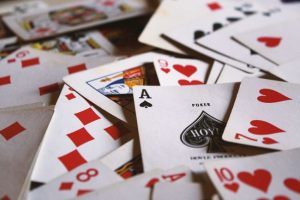 This weeks parsha, Balak, begins with the worries of Balak, the king of Moav. “Vayar Balak ben Tzipur eis kol asher asah Yisroel laEmori – and Balak saw all that Yisroel had done to the (nation of) Emori (22:2).” Tremendous miracles had been performed for Bnei Yisroel. In order to cause them to falter, he hired Bilaam, a sorcerer and prophet to come and curse them.

In Shemos we learned of another gentile who had heard of the miracles performed for Bnei Yisroel. “And Yisro… heard all that Elokim had done for Moshe and Yisroel (Shemos 18:1).”

Two gentiles hearing of miracles. Two reactions which couldn’t be more distant from one another. One comes to join, to try to be a part of this miraculous existence. One tries to destroy that which he doesn’t have.

It’s reminiscent of the old Russian proverb of two neighbors. Boris owned a cow and Ivor didn’t. A fairy godmother visits Ivor and grants him any wish he desires. Overcome with the injustice of his ‘cowless’ life being so arduous, he implores the fairy godmother… “Kill Boris’ cow!”

How often do two people experience similar situations, yet are affected in totally opposite ways. Death in a family can cause people to draw closer to Hashem or to angrily distance themselves. Hardships with children build as many marriages as they destroy. The list is as long as lifes occurrences.

Taking this a step further, how often do we see wealthy people bitter with their fate and poor people always wearing a smile. Healthy people in states of depression, and physically challenged individuals with a true sense of balance.

One thing becomes very apparent. Our major life decisions, attitudes and states of mind are not determined by what goes on outside of us, but rather by the way we decide to perceive, process and ultimately deal with those events. We don’t control the cards we are dealt, but we decide how to play the hand.

We can build or we can destroy. The choice is ultimately ours.

Unable to successfully curse Bnei Yisroel, Bilaam advises Balak to cause them to sin. This would accomplish his objective of distancing them from Hashem. This leads to our parsha’s conclusion of Bnei Yisroel’s strong attachment to the idol worship of Baal P’or.

Baal P’or had quite a strange form of worship. One would relieve themselves in front of, or on to, the idol. The gemara (Sanhedrin 64.) tells of a person who wanted to show the idiocy of this worship. He relieved himself and then used the nose of the idol itself to wipe himself. “Never before has anyone served the idol in such a meaningful way!”, gushed the priest.

What was the meaning behind this form of worship? How could a generation that had experienced all of the miracles throughout the wilderness, that had tasted the sweetness of a true relationship with Hashem, be drawn to such a sick form of worship?!

The Ruach HaChaim (Avos 3:3) gives us an insight into Baal P’or. The sin of Adam Harishon caused the world to be changed in a very fundamental way. Just as he internalized evil and now had an internal drive to sin, so too, the world became a mixture of tov and ra, good and evil. Man’s task was to sift through, rejecting and removing the ra and attaching to and strengthening the tov.

This is the process of our dealing with the food that grows from the ‘accursed’ earth. Our body pulls from the food the ‘tov’, the parts needed by the body, and eliminates the rest. In the ‘asher yatzar’ blessing recited after tending to bodily needs, the final words are that Hashem is ‘maflee la’asos’ – wondrous in His doing. This wonder is referring to the body’s ability to choose what it needs and to reject the waste.

When Bnei Yisroel consumed manna, food from heaven, there was no bodily waste elimination! The manna, coming from heaven, never affected by the sin and subsequent curse, was totally tov! There was no ra for the body to eliminate!

Once this world has gone through this transformation of everything being a mixture of tov and ra, deviantly and defiantly serving pure ra, the forces of evil, is quite a challenge. Where can one find service to pure unadulterated ra? Baal P’or! All tov aspects have been removed by the body. All that remains is the stench of 100% ra!

Baal P’or was openly declared war against Hashem. Fighting against Him. Seeking to strengthen and increase the presence of ra. Bnei Yisroel, who felt forced into serving Hashem, looked to go all the way to the other extreme. They connected to Baal P’or.

Rav Chaim Shmuelovitz’s explanation shows that this avodah zarah is really a lot ‘closer to home’ than we realize. We live in a society where anything goes. Any degenerate behavior is labeled an alternative lifestyle. Nothing is sacred. Let it all hang out. Or, as the Beatles sang, “Why Don’t we do it in the Road?”!

What are the few areas where the line is usually drawn? “Hey, don’t involve my mother!”, is one, and religion, G-d, is another. When almost nothing is scared, a bit of reverence is usually left for G-d.

If one wants to really let it all hang out, to show that nothing is sacred, what does he do? Baal P’or. The whole service was to debase anything of value. To take your god and relieve yourself on him! Once I do that, I can do anything! Absolutely nothing is sacred. Wiping yourself with the nose of the statue takes this concept to an even higher madregah (level). Once one does that, can you expect him to give his seat on the bus to a senior citizen?! To not pick his nose in public? I’m free!!! I can do anything I want!

Bnei Yisroel who were so close to Hashem, who felt His constant watch and supervision, felt restricted. To them, Baal P’or, the epitome of ‘freedom’, had a tremendous attraction.

May we realize that the only true freedom comes from being in control of ourselves, adhering to the ‘Toras Chaim’, the instructions for life, given to us by the Source of all Life.