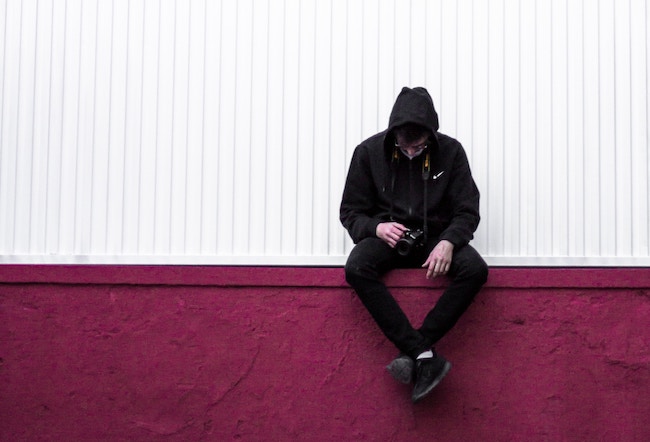 A Social Misfit and Recluse 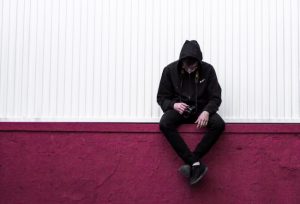 This weeks parsha, Metzora, begins with the purification process of the metzora- the afflicted individual. As we explained last week, this ailment, not to be confused with leprosy, is a physical manifestation of a spiritual lacking. This point is further emphasized by the Ohr HaChaim.

Why is this clue to the source of tazara’as only mentioned well after the introduction of the metzora, when we are beginning to deal with his purification? The Ohr HaChaim explains that this process of purification clearly shows us that tzora’as is, in fact, a spiritual illness.

One’s physical state is often indicative of their emotional health. A physical deterioration such as this could easily be connected and attributed to an emotionally despondent state. The logical treatment would include increased social activity and the promotion of a general feeling of being accepted by others.

What is the prescription for a metzora? Banishment from the community! Torn clothing (before people started paying more for prewashed jeans)! Long uncut hair (before Tiny Tim started to ‘Tiptoe thru the Tulips’)! To be a social misfit and recluse! Clearly not the therapy for an emotional state, but rather the correction of a spiritual decay. Learn to deal with others properly or that opportunity and privilege of social contact will be revoked!

The metzora gives two birds, cedar wood, tola’as shani (scarlet wool) and ayzov (commonly identified with the hyssop) to the kohen. One bird is slaughtered over an earthen vessel containing natural spring water. The live one is then, along with the cedar, wool and ayzov, dipped into this earthen container. It is then sprinkled onto the metzora seven times and the live bird is set free.

We’ve already discussed how the sacrifices are meant to impact upon the person bringing them. Let’s see what can be gleaned from the unique character of these sacrifices.

Rashi writes that, in order to atone for his errant speech, birds, which chirp away incessantly, are brought. The Kli Yakar explains that the two birds correspond to the two types of speech. The forbidden- which must be ‘slaughtered’- and the positive speech such as Torah and t’filah (prayer) – which one should let loose.

An earthen vessel, once ritually impure, can only become pure through it’s being broken- it is no longer a kli (vessel). We must recognize the irreversible destruction and pain that can be brought on by our words. Our short stint here must be used to illuminate this world for others, not to cause hardship or pain. Not to put ourselves into a state that we must be broken in order to achieve purity. The bird is slaughtered into an earthen kli- the ultimate end of the forbidden speech.

The vessel, however, is not empty. It contains natural spring water. The Torah is compared to such water. Surging directly from their pure source, unsullied by the surrounding world. The word Torah is mentioned five times in regard to metzora. Involve yourself, immerse yourself, in the five books of the Torah. Your perspective of the world around you will change, and your urge to slander will be curtailed, gradually replaced by the drive to involve yourself in far loftier words.

The bird that remains alive corresponds to speech of Torah and t’filah. But even that, before it can be let loose, must be joined with the cedar, the tola’as shani and the ayzov. As Rashi explains, the ‘haughtiness’ of the proud, strong cedar must be humbled, bound together with the lowly tola’as shani (tola’as also means worm) and the simple ayzov bush. Only with that humility, can one set forth and succeed in Torah and t’filah.

The atonement for the past and the lessons for the future- all contained in the purification process of the metzora.

The Kli Yakar explains that this tzara’as comes as a result of stinginess, tzarus ayin. Hashem gives a person a full house to test if he’ll use this gift to help others or not. Will he realize that it’s from Hashem and it was meant for him to distribute or will his attitude be “kochi v’otzem yadi”, my strength and ingenuity has given me what I have… why should I share it?

When you come to the land that I have given you. It wasn’t conquered with your sword! Know from where it has come! Be sure to share that which you have! If you hoard it, tzara’as will come and force you to remove all of those contents that you thought were yours.

This concept of seeing the hand of Hashem in all that happens is a very basic to Pesach. In the Haggadah we tell how it was Hashem, and not any form of angel or messenger, who took us out of Mitzraim. “Ani Hashem, Ani Hu, v’lo acher”- I am Hashem, I am He and no other.

The Ohr Gedalyahu explains beautifully what is meant by this. There are two hanhagos, means of dealing with this world, that Hashem employs. There is the revealed miraculous that is referred to as ‘Ani’, I. There is also the hidden hand that is called ‘Hu’, Him.

At the time of yetzias Mitzraim (our leaving from Egypt) the ‘Ani’ was revealed in its full glory and power. That clear realization that Hashem rules! This was a change from the hanhaga that had been used during the galus (exile). At this moment of absolute clarity, we understood, deep, deep down inside, that ‘Ani’ is really ‘Hu’! There is no change at all. All that differs is the way that we perceive it!

I remember, as a child, playing ‘hide and go seek’ in my house. We used to hide behind the dining room curtains. A thin child would be totally hidden behind the curtains. A slightly larger child’s outline would protrude through the curtain. He was still hidden but you knew someone was there!

At yetzias Mitzraim we realized that, although during the galus He had been hiding, His form had always been distinguishable! That ‘Hu’ was the ‘Ani’ all along! The same way that those revealed miracles were clearly in our best interest, the difficult galus was also in our best interest. Both were absolutely necessary! ‘Ani’ is ‘Hu’; ‘Hu’ is ‘Ani’!

May this Shabbos, known as Shabbos Hagadol, set the stage for the Pesach that will follow it. May these lessons of Pesach, of Hashem’s involvement in every aspect of this world, enable us to live happier, more accepting, more generous, more meaningful and more gratifying lives.

This parsha sheet is dedicated to the memory of my mother, Imi Morasi Miriam Bas Aharon Aryeh, a”h, who shares the same yohrtzeit as Moshe’s sister, Miriam Haneviah- the 10th of Nissan. May all of her children and grandchildren serve as a source of nachas and aliyas neshama to her.