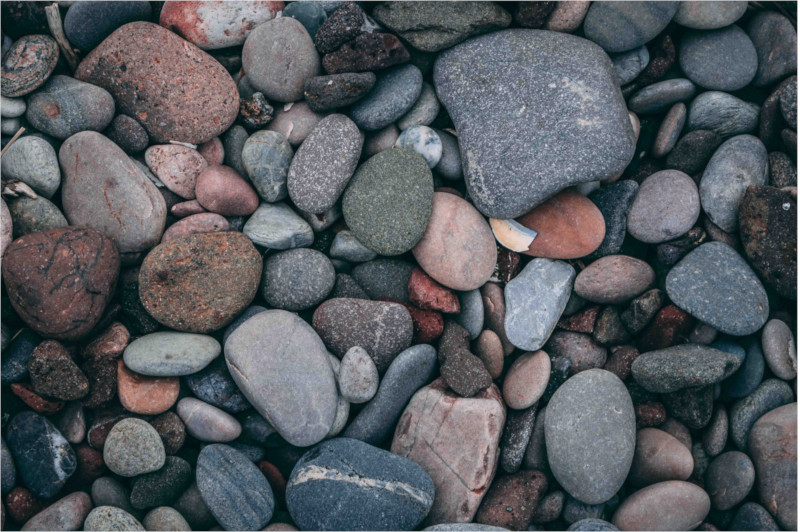 Of Rocks and Hundred Dollar Bills 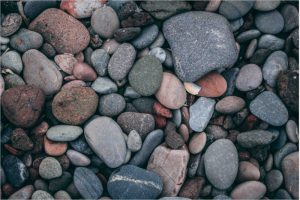 This weeks parsha, Shoftim, contains a pasuk which outlines our proper approach to life and its occurrences. “When you come to the land… don’t learn to do as the nations there… using sorcery or omens or contacting the dead. Hashem despises all who do that… Tamim tihyeh im Hashem Elokecha – be complete (trusting) with Hashem. (18: 9-13).”

Rashi explains that we are commanded to trust Hashem with what life brings us without trying to see into the future. Then we will be “im Hashem Elokecha” – with Hashem and the nation (am) of Hashem Elokecha.

The Ramban writes that we must focus exclusively on Hashem. Recognizing that from Him alone everything emanates, and all that occurs depends on the level of our relationship with Him.

The Chafetz Chaim elaborates on this concept of trusting Hashem and recognizing that all comes from Him. We’ve all experienced incidents when we’ve been publicly humiliated. We feel tremendous animosity toward the perpetrator. The Chofetz Chaim writes that we should feel thankful!

Imagine if a person has a tar stain on his back. He enters a hot bath, hands a rough-bristle brush to a friend and asks him to kindly scrub away! The pain is intense but the tar must be removed. When this friend has completed administering this agony and the tar is removed, you thank him!

Every aveira (sin) puts a stain on our neshama. Hashem sends along these embarrassing incidents, hell on earth situations, which cleanse the tar from our souls. Our proper response should be one of thanks!

(Now, this is certainly not meant to justify our going around and humiliating people, serving as Hashem’s messengers! We each have our free will and the proper choice we as individuals must make is not to embarrass anyone. However, we must realize that no one can use their free will to harm us, outside of Hashem’s jurisdiction.)

Perhaps another mashal will clarify matters and reveal to us why this question didn’t bother the Chofetz Chaim. You are walking along minding your own business. Suddenly, in the distance, you see some guy pointing at you and beginning to curse you using terms you didn’t even know existed. As this guy works himself into a frenzy, he suddenly bends down, picks up what appears to be a rock and hurls it at you. WHAM!!! It hits you in the arm and it hurts! You are furious! You want to see this guy in a straight jacket! Suddenly, you look down to see exactly what hit you. You discover that it was a rock wrapped in hundred dollar bills. As you peel that twentieth hundred off the rock, your attitude has drastically changed! “Hey buddy, thanks a lot! Have a nice day!”

You now fondly recall that day when the guy hit you with two grand! You feel gratitude toward him! Thanks, buddy! That we can relate to! We had a question with the Chofetz Chaim’s mashal of cleaning the tar off of our neshama. How can we feel thanks when his intention was to hurt us? Once we’re talking two thousand dollars, the question no longer exists. Neshama? Tar? Thanks? We don’t understand… Two thousand dollars? Thank you!!! Perhaps, the question isn’t really on the Chofetz Chaim’s mashal but, rather, on our own value system and priorities!

Let’s bring this mashal a bit closer to home. Tamim tihyeh im Hashem Elokecha. You are walking along and get hit by a hard object. You feel anger. You turn around and see that it was your grandma! You’re anger dissolves. You don’t understand why she did it but one thing is very clear. Her intentions were for your benefit. If there are doubts about the validity of your grandmothers judgment, there can be no doubts about Hashem’s judgment.

Tamim tihyeh im Hashem Elokecha! Don’t look into the future to predict events! Trust Hashem and all that He sends you, recognizing that, in the total perspective of all of the ‘worlds’, it is the best thing for you.

Rashi quotes the gemara which derives an interesting law. “Ka’asher zamam” – what they intended – not what they did. Meaning, if they attempted to have a person killed but were found to be ‘zomemim’ (the aforementioned type of liars) before he was actually executed, then they get killed. However, if the person was killed already based on their false testimony and then they were found to be ‘zomemim’, they won’t get killed!

This seems very difficult to understand. Aren’t they all that more deserving of punishment if they actually had this innocent person killed?

One way of understanding this is, as we discussed in Parshas Kedoshim, that beis din only administers a punishment if it will serve as an atonement. If the act was so heinous that beis din’s punishment won’t atone for him, then it moves from the jurisdiction of beis din to that of Hashem. If a person tried to have an innocent person killed, then his death will serve as an atonement for him. If he actually had him killed, his own death won’t atone for him and therefore, beis din has no jurisdiction to kill him. Hashem will deal with that case.

The Ramban, however, offers a different understanding, which ties in to our previous discussion. The very fact that Hashem had them found to be ‘zomemim’ before the defendant was killed, proves the innocence of the defendant. They therefore deserve death for trying to kill an innocent person. If however, Hashem only had them found to be ‘zomemim’ after the defendant’s execution, then we view it that they must have been telling the truth! Had he been innocent, Hashem would certainly not have let beis din put him to death. The witnesses, therefore, are not punished. What they intended – not what they did.

Tamim tihyeh im Hashem Elokecha. Be trusting in the way that Hashem runs this world. Don’t try to predict the future. Live securely in the present. All that happens comes from His Hand. “Ka’asher zamam” – what they intended – not what they did.