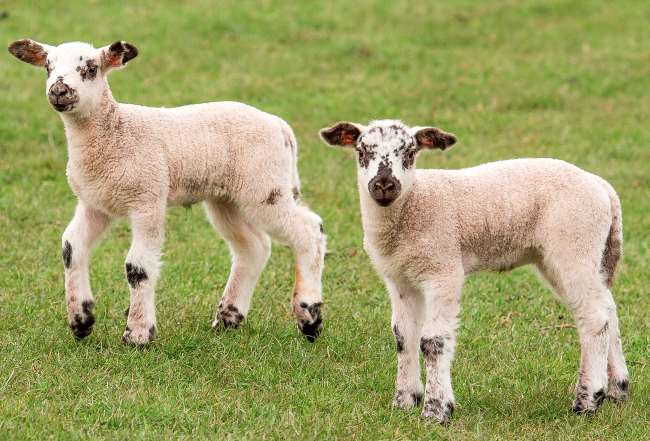 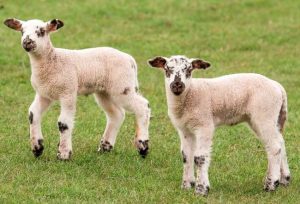 This week we read the double parsha of Acharei Mos – Kedoshim. Acharei Mos begins: “Va’yedabare Hashem el Moshe acharei mos shnei bnei Aharon (Hashem spoke to Moshe after the death of two of Aharon’s sons) [16:1]”. Aharon sons had brought an aish zarah – a strange, uncommanded fire offering – and had therefore died. Aharon is warned to only enter the Kodesh Kadashim (Holy of Holies) on Yom Kippur with the proper offering.

Our parsha then delves into a detailed description of the avodah (service) performed on Yom Kippur. “Umay’ais adas Bnei Yisroel yikach shnei seiray ezim l’chatas (And from Bnei Yisroel you shall take two male goats as a sin offering) [16:5].” The Mishna in Yoma states that the two must be identical in color, height and value and that they must be purchased simultaneously.

On Yom Kippur they are brought to the Kohen Gadol and, as these two identical animals stand shoulder to shoulder, lots are drawn. At this point their paths diverge drastically. One is designated to be la’Hashem- to be brought as a korbon – and the other will be sent la’azazel – off a cliff.

As the seir la’azazel (the goat to be thrown off the cliff) remains standing alive, the seir la’Hashem is shechted (slaughtered) and his blood is collected in a vessel. That vessel is brought to the Kodesh Kadashim where the blood is sprinkled between the poles of the Aron (Holy Ark), on the paroches (the separating curtain between the Kodesh and the Kodesh Kadashim) and on the Mizbeach HaZahav (the Golden Altar). The remainder of the seir is burnt outside of the camp.

Rav Shimshon Raphael Hirsch z”l expounds on this. Let’s imagine the thoughts of the seir la’azazel…

The Kohen Gadol then approaches the seir la’azazel, places his hands on its head and confesses the sins of the nation. It is then led out of the Beis HaMikdash toward the mountains outside of Yerushalayim…

~ Ahhhh… boy, am I glad to be out of that place… It gave me the creeps. Now I can relax and take a deep breath. Nothing like the country air. I sure am glad I was able to walk out on my own two feet… Beautiful scenery – this is the life… ~

It is then brought to the edge of a high cliff…

~ What a panoramic view! Incredible, absolutely incredible! Talk about a Kodak moment! ~

…turned around with its back to the cliff…

~ Oh, I get it, you want a shot with the mountains in the background… Tell me when… Say cheese… ~

…and pushed off the mountain…

On Yom Kippur we must learn the lesson of these goats. We all start out with certain similarities. We each then have decisions to make and paths to choose. Often one path seems wrought with sacrifice and pain – the other blissful and serene.

We’re often plagued with questions. Why give up pleasures? Why restrain ourselves? Why not get all that we can out of life? I remember an old Schaeffer Beer poster which parodied a Nautilus advertisement. It was a picture of an extremely overweight fellow sitting on a Schaeffer Beer barrel with a full mug of beer in each hand. The caption underneath read: No Pain, No Pain…

We each realize that it’s the struggles and sacrifices in life which reveal and build our strengths as individuals. The easy path is rarely the fulfilling one. That which seems so tempting and easy is often catastrophic. That won’t lead to the inner sanctum of the Kodesh, to serenity, fulfillment and holiness.

Yom Kippur is the day to see through this world of illusion, to recognize the underlying truths and to choose our paths wisely and insightfully. To learn the lesson of the seirim, the goats…

The second parsha that we read – Kedoshim – enjoins us to reach this holiness. “Dabare el kol adas Bnei Yisroel v’amarta aleihem kedoshim tih’yu (Speak to the whole congregation of the children of Yisroel and say to them: you shall be holy) [19:2].”

Rashi explains this holiness to mean separation – separation from the forbidden. Rav Isaac Sher offers another understanding: chashivus (importance) – recognition of our chashivus. In truth, these two understandings are intertwined. Our recognition of who we are gives us the strength to withstand temptations, enabling us to separate from the forbidden.

What is this chashivus that we must feel? Hashem stressed to Moshe that this message must be given to kol adas Bnei Yisroel – to the entire congregation. Every single one of us is eternal. We were created at the time of the creation and will exist eternally, basking in the pleasure of closeness with that Creator. That to which we attach so much importance – the time that our neshama (soul) spends down here in this physical world – is really a short aberration from our authentic, genuine state.

It is also each individuals responsibility to help bring the collective group of Klal Yisroel up to this level. Parshas Kedoshim, amongst its fifty one mitzvos, includes the mitzvah of tochacha (giving caring, constructive rebuke) [19:17].

Shlomo HaMelech instructs us in Mishley: “Don’t rebuke a letz (scoffer) lest he will hate you, rebuke a chochom (wise person) and he will love you [9:8]”. The Shla”h learns from this a fundamental concept in tochacha (rebuke) and in chinuch (education) in general. When giving rebuke, don’t just point out faults, thereby making the person feel like a letz. Also emphasize the positive qualities, make the person feel like a chochom, and he will accept your rebuke and love you.

The Chofetz Chaim was once staying at an inn in Vilna when a very animalistic man entered and pounded on the table demanding roast duck and booze. When the food was brought he grabbed it and, without making a bracha (blessing), began wolfing it down. The whole time, he was directing lewd comments toward the waitress.

The Chofetz Chaim stood afar, shocked by the spectacle, and began to plan a way to approach and censure this individual. The innkeeper rushed to the Chofetz Chaim to try to prevent him from such an attempt. He was simply afraid what the man might do to the Chofetz Chaim should he approach him. “Rebbe, please leave him be – he never learned any other way. At the age of seven he was drafted into the Czar’s army and was taken to Siberia for training. He trained there for eleven years and then, at the age of eighteen, he served in the Czar’s for twenty five years. That was the chinuch that he received. All of those years he never learned a word of Torah and never even saw a Jewish face.”

A smile spread over the holy face of the Chofetz Chaim as he heard the words of the innkeeper. He approached the individual, greeting him with a warm ‘shalom aleichem’ (greetings). “Is what I’ve heard about you true?”, asked the Chofetz Chaim with awe in his voice. “That you were around non-Jews for so many years, that you weren’t able to learn even a word of the Torah, that they tried to pry you away from the religion of your fathers, tried to force you to eat pig, and you remained a Jew?!?! You wouldn’t convert! Your place in the world to come will be amongst the greatest tzadikim (righteous people)! You passed an incredibly difficult test that lasted thirty years!”

Tears filled the weary eyes of the ex-soldier. Never before had such words reached his ears. When he realized who it was that had spoken them to him, he broke out into a wailing cry and began to kiss the Chofetz Chaim.

The Chofetz Chaim continued with his warm words. “A person such as you, who has merited to be counted amongst those who were willing to give up their lives for Hashem, if you’d decide to continue your life in a mitzva-abiding manner, you’d be amongst the ‘wealthiest’ in the world!”

This man remained in close contact with the Chofetz Chaim, his newfound Rebbe, until he had become fully observant and a true tzaddik.

“Rebuke a chochom and he will love you.”