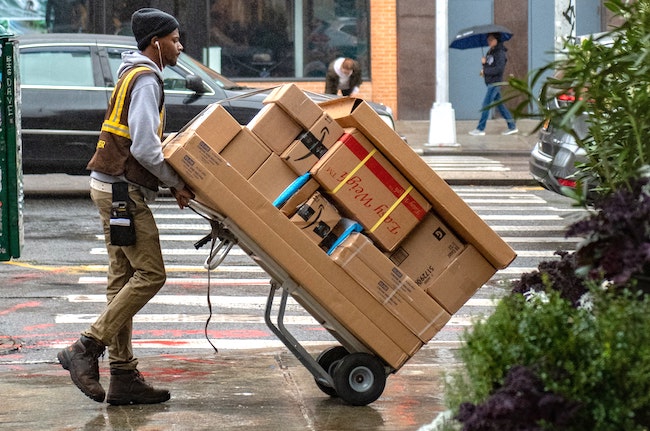 Say Little, But Do a Lot 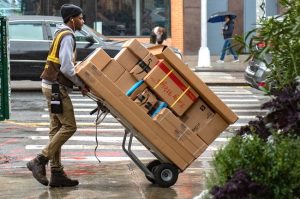 This weeks parsha, Chayei Sarah, begins with the passing of Sarah Imeinu. Avrohom, needing to find a burial place, approaches the people of Cheit. He knew that Adam and Chava were buried in Maaros HaMachpela (what is now called the Cave of the Patriarchs) and wanted to clearly acquire it for his family.

Ephron, the owner of the land, was a classic example of what chaza”l call an “omer harbeh v’afilu m’at lo asah” – one who says a lot but doesn’t even do a little. Ephron originally offered Avraham the burial cave and the entire field for free. He then objected to any payment, claiming that 400 shekel was nothing between ‘such good friends’. In the end, he collected the inflated price of 400 silver shekel in the ‘dollar equivalent’ of those times. This is in stark contrast to Avraham, the epitome of an “omer m’at v’oseh harbeh”, one who says a little but does a lot. This was shown in last weeks parsha when Avraham offered the travelers a loaf of bread and then brought out a gala full course meal.

Words are so easy… They don’t cost a thing yet make us feel that we’re already there! When a person would approach the Chofetz Chaim for a letter of approbation, he would never verbally agree to give one. He would begin to write it immediately. Upon finishing and handing it to the person he would only then say, “Yes, here it is”.

We live in the ‘olam ha’asiya’ – the world of action – yet, the completion of our acts are often beyond us. How often is it that a strong effort doesn’t accomplish and a stutter step succeeds. We must set out to do our best, realizing that Hashem only considers how much effort went into our part. Anything beyond that, the results that we can’t absolutely influence, are in His hands. We do ours, and then Hashem works that into his hashgacha pratis, his individualized master plan. There’s no point in speaking about it. Go ahead and do all that you can!

When we do speak of our plans and goals we must really examine our motives. Our children and students must learn values and priorities from us, however, our actions speak much louder than our words. When we tell others of our actions, what are our motives? Do we want to teach them or are we trying to get acclaim for ourselves? Perhaps we should try to do some kind acts and not let anyone know about it! Hashem, this is my ‘gift’ to you. I don’t want praise from anyone, I don’t want renewed respect… I want to follow your commandments because you have told me to do it. This is purely between the two of us.

The Vilna Gaon makes a fascinating observation. During the conversation between Avrohom and Ephron, the term “k’vor meisecha (23:11)” – burying the dead – is mentioned, with slight variations, six times. The same words in the reverse order, “meischa k’vor (23:15)” – the dead, bury – is mentioned once. What do these seven ‘burials’ refer to?

He explains that there were six individuals who would be buried in Maaras HaMachpela: Avrohom and Sarah, Yitzchak and Rivka, and Yaakov and Leah. Additionally, when Esav came to contest Yaakov’s burial there, his head was cut off and it rolled into the Maarah. It too was buried there. The tzaddikim (righteous) are called alive even in death. They pass from this world but aren’t dead. Their influence is strongly alive in this world and they are strongly alive in the next. Their burial precedes their death. In regard to the Patriarchs and Matriarchs, the passuk stated burying the dead. However, the evil are considered dead even in their lifetime. There is stagnation – movement away from the Source of Life. In regard to Esav it says ‘the dead they will bury’. Dead long before burial.

After completing the transaction and the burial, Avrohom turns to finding the proper wife for his son, Yitzchak. Eliezer, his servant and messenger, must first swear that he won’t bring a woman from the Cana’anim but rather, will find a wife from the family of Avraham. He then sends him, with ten laden camels, on his way. Eliezer, realizing the momentous responsibility of choosing a Matriarch, turns to Hashem for a sign. “Hashem… do chessed (kindness) with my master, Avrohom. I’ll stand by the well… The girl who, when I ask her tip her pitcher so that I can drink, will offer me and also my camels to drink, she is the one chosen for Yitzchak (24:12-14).”

Eliezer, while throwing the burden onto Hashem, was also using much wisdom in this sign. Such an audacious request to make! Here is a grown, strong man, accompanied by other men asking a young girl to draw water for them to drink! It was very clear that only a girl with an overpowering desire to help others would even consider such a request. Someone who truly loves chessed will jump at an opportunity to help, even when the person could even more easily help himself. Helping is gold! It’s life! As long as you’re willing to receive, I’m thrilled to give!

Eliezer, when looking for a wife from the family of Avrohom, needed to find a girl who had thrown aside the idolatry of her father and had embraced the philosophy of her relative Avrohom. He needed to find a kindred spirit of Avrohom, an incredible ba’alas chessed – doer of kind acts.

The Beis HaLevi shows that there were other considerations also included in this sign. Once she would give Eliezer to drink from the pitcher, what would be done with the remaining water? To bring it home would have been unhygienic. Who knows what sort of disease he might have! To spill it onto the ground would have shown a lack of sensitivity for his feelings. What was the best way out of this predicament? Offer it to his camels! In fact, the passuk states that Rivka offered to give the camels “od im kilu lishtos (24:19)”, until they would finish drinking. To ensure that Eliezer wouldn’t think that she was only offering the camels in order to finish off the pitcher, she offered to draw water until the camels would finish!

“Va’t’ma’her” – and she rushed. Perhaps Eliezer would recognize the absurdity of the situation. A young girl drawing water for ten journey-thirsty camels while grown men watch. Perhaps he might try to stop her! She didn’t want to be deprived of this gift of an opportunity. She rushed to fulfill (no pun intended) while she still had the chance. “Va’t’ma’her” – and she rushed.

May we rush to do, to help others when such opportunities arise, strengthening the bonds between us and Avrohom and between us and Hashem, the Source of eternal life, long after burial.