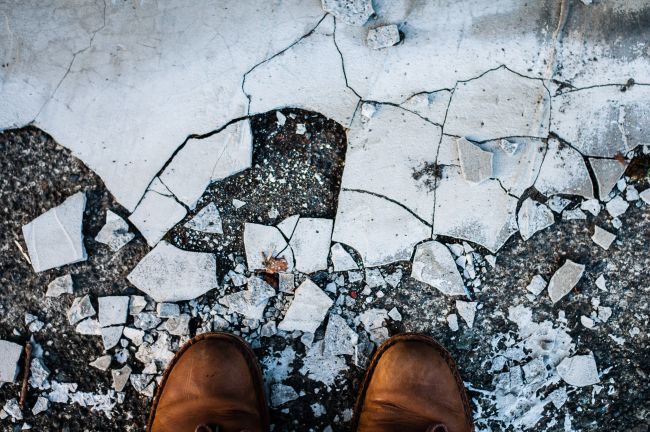 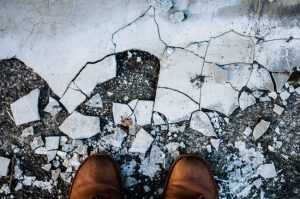 This week we read the parsha of Korach. “Va’yikach Korach ben Yitzhar ben K’has… v’Dasan va’Aviram… v’On ben Peles… vayakumu lifnei Moshe (And Korach the son of Yitzhar the son of K’has took and Dasan and Aviram and On the son of Peles and they stood before Moshe) [16:1-2].” This first pasuk (verse) seems somewhat strange — it doesn’t tell us what he took!

Rashi explains the words “Va’yikach Korach” not to mean ‘and Korach took’ but rather, that ‘he took Korach’. Who took Korach? Korach did. He took himself. He removed himself from being part of the group of Klal Yisroel and he stood before Moshe to contend with him.

What was bothering Korach? He was jealous of the positions of honor that Moshe had given to others. In order to understand this, we need to have some family background. K’has, Korach’s grandfather was one of Levi’s three sons. He in turn had four sons of his own. Amram, his eldest, gave birth to Moshe and Aharon. Yitzhar, the second, was the father of Korach. His third and fourth sons were Chevron and Uziel.

Korach was jealous that the position of Kohen gadol (high Priest) had been given to Aharon and not to him. However, he couldn’t rightfully contest that appointment. Aharon’s father was Amram, the b’chor (firstborn). His father was Yitzhar, the second son. Aharon clearly had precedence over him. He bore this jealousy quietly until he felt that he had valid grounds to contest an appointment made by Moshe. At that point, he tried to contest all of the appointments that Moshe had made.

His opportunity came during our second year out of Mitzraim (Egypt). Moshe, as directed by Hashem, had appointed Elitzafon, the son of Uziel, K’has’ youngest son, to be the Nasi (leader) of the K’has family. At that point Korach exploded. “My father was one of four brothers. Amram, the eldest, his two sons took positions of leadership. Moshe, you are the king and your brother Aharon is the Kohen gadol. Who should be the Nasi? I, Korach, the son of the second son, Yitzhar. I deserve to be the Nasi. And you went and appointed Elitzafon, the son of the youngest brother, to be Nasi?! I don’t accept the validity of any of your appointments!”

We discussed last week how the lust for honor blinds a person’s perception. This week we see the disastrous effects of jealousy. As a single grain of sand shuts down the effectiveness of the whole eye, even a tinge of jealousy brings an intellectual blindness to the way we perceive a situation.

“Is it a small thing that Hashem has separated you from the rest of Yisroel to serve in the Mishkan (as Levites)? [16:9]”, Moshe said to them. Every person is unique, with unique contributions to make to this world. Each individual is given what is necessary in order to make those contributions. I have what I need and I need what I have. When the world is viewed in such a way, there is no place for jealousy.

My oldest son is graduating elementary school this year. I attended a meeting with the Rosh Yeshiva (dean) of a local Yeshiva high school. He discussed how he loathes when parents asks how their son is doing relative to the rest of the class. The question must be how the child is doing relative to himself…

People spend so much time and energy thinking ‘what will be if’, when that same time and energy would be much more effectively focused toward ‘what can I best do with what I have’. My wife and I are blessed with six children, first five boys and then a girl. At times when the house can get a bit hectic, we envisage how much quiet time we’ll have to spend together when the children all get older. We very quickly catch ourselves and remind each other that at that time, we’ll sit and reminisce how great and exciting it was with all of the kids around.

The Yeshiva where I teach just ended its academic year. Toward the end, many boys find it hard to apply themselves as they’re so excited about returning home after having been in Israel for the year. I try to remind them that when they’re back home, they’ll be reminiscing about how great it was being in Yeshiva and having all of the guys around. The time here is spent thinking about being there, and the time there is spent thinking about being here…

The story is told of a stonecutter who would hew stones from the mountain. “Ping, ping”, was the sound of his pick against the hard stone. “Why must I break my back to feed myself and my family?”, he would bemoan his fate. “Others have such an easy life and for me it’s so hard.”

One day, as he was perched on the mountain, hammering his pick into its crevices, he heard a loud commotion coming from down below. The king and his entourage were passing by and a throng of people had gathered to see their king. The king looked so splendid in his royal robes, sitting in the royal coach drawn by elegant white horses.

“I wish I was the king”, mused the stonecutter, and ~~poof~~ he suddenly found himself sitting in the royal coach with crowds of admirers straining to get a look at him. “Ah, this is the life, I’m the king, the most powerful in all of the world!”, he thought.

After a while he started to feel very uncomfortable. The sun was beating down on him and his royal polyester outfit. Being king was starting to lose its luster. He realized that the king was not as powerful as he had thought. Even the king was powerless before the sun.

He sat there majestically, directed his rays here and there at will. Suddenly, a group of clouds moved beneath him, obstructing his light. He focused his energy as hard as he could, but he couldn’t pierce the clouds. He realized that the sun was not as powerful as he had thought. Even the sun was powerless before the clouds.

He floated about enjoying the view when suddenly, he found himself being blown by a strong gust of wind. He quickly realized that he was no longer in control and was at the mercy of the wind. The clouds were not as powerful as he had thought. Even the clouds were powerless before the winds.

He flew and blew at will — nothing stood in his way — and felt his awesome power. Suddenly, he came across a mountain. Try as he might, he had to go around the mountain — it could not be moved. The wind was not as powerful as he had thought. Even the wind was powerless before the mountain.

As he sat there in his splendor, he suddenly felt a sharp pain in his shoulder. “Ping, ping”, was the sound of the stonecutter’s pick against his stone. The pain was unbearable. The mountain was not as powerful as he had thought. It stood powerless before the stonecutter.

“I want to be the most powerful, I want to be a stonecutter”, he thought, and ~~poof~~ he was perched on the mountain, hammering his pick into its crevices…

This is dedicated to the memory and z’chus (merit) of my sister, Devorah Pesel bas Asher Chaim, a”h, whose yahrtzeit was the thirtieth of Sivan. Though it is beyond our comprehension, she in her short lifetime accomplished what she needed to accomplish. At that exact moment, her neshama (soul) returned to its true place.