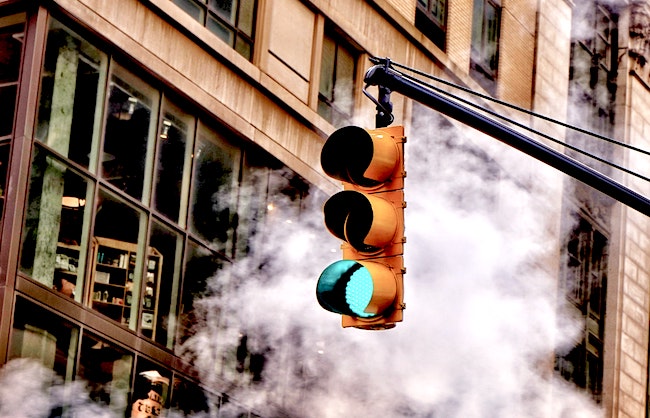 If Hashem Said to Go, You Go! 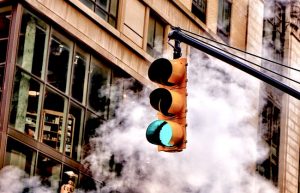 In this weeks parsha, Vayetzey, Yaakov arrives at the place where the Beis HaMikdash (the Temple) will be built. There he has a prophetic dream.

Who were these angels and what did they represent?

Rashi explains that the angels of the Land of Israel who had accompanied Yaakov until the border were now ascending. The accompanying angels of chutz la’aretz (the land outside of Israel) were descending to now escort Yaakov.

The Even Ezra explains that this vision symbolized that nothing that transpires in this world is hidden from Hashem. It’s as if there is a ladder connecting heaven and earth. Angels ascend to report the doings of this world and descend to carry out the will of Hashem above.

The Nefesh HaChaim offers a fascinating explanation. He explains that our purely physical appearance is, in fact, incredibly misleading. The Medrash in Breishis explains that there was a perfect balance and symmetry between heaven and earth during creation. This was endangered at the point of man’s creation. If he would be created from either the upper realm or from the lower realm this balance would have been upset. Hashem therefore created man from both the upper and lower realm – physically formed from the earth with a spiritual neshama (soul) blown into him.

At first glance, this should have upset the balance even more than if he’d been created solely from the lower realm. Now, man exists in the lower realm, holding the heavenly neshama captive!

This, he explains, was the vision that Yaakov saw in his dream. The ladder was nothing but a clear vision of the very essence of man. We stand with our legs resting on the earth and our ‘heads’ extending toward the heavens, reaching Hashem himself.

In the third blessing of the Shmone Esrei prayer (the Amidah) we say: “Atah kadosh, v’shimcha kadosh, u’k’doshim b’chol yom y’hal’lucha selah”. You are Holy and Your Name is Holy and the holy ones bless you daily. He explains that only once we proclaim His Holiness (atah kadosh – You are Holy) can the angels (the holy ones) then make their proclamation. The proper functioning of the spiritual realm (and the subsequent influence on the physical world) was given over to our hands.

Yaakov then continues on his way to the house of his uncle, Lavan. There he marries Leah and Rachel and the tribes of Israel are born. All knew that there were going to be a total of twelve tribes. The names given reflect the desire that the Matriarches had to mother these tribes. After ten tribes had already been born, Rachel gives birth to her first.

“Va’tomar asaf Elokim es cherpasi. Vatikra es shmo Yosef (30:23)” – And she said that Hashem has gathered in my disgrace and she called his name Yosef.

Rashi offers a seemingly strange explanation as to why this name Yosef was chosen. Until a child was born, there was no one to blame when something would break or when the last cookie would be eaten. This child would ‘asaf es cherpasa’ – gather in her disgrace – give her an alibi. She named him Yosef. Seemingly petty.

Appreciation and thanks are often hard to feel and to express. The debt of gratitude causes us to feel burdened and uncomfortable. We often tend to minimize what others have done for us. How much have I really gained, anyway?

An act of kindness is ordinarily multifaceted. The major benefit is often accompanied by myriad smaller aspects that are also beneficial. We’ll often show our appreciation for the major aspect, thereby ignoring the lesser, more petty, ones.

Rachel was overjoyed that she had mothered a tribe of Israel. She would now play a major role in the odyssey of the human race’s quest toward spirituality. She had become a mother of Israel. She was ecstatic. At the same time, she didn’t overlook the multitude of smaller benefits gained by having mothered a child. All the way down to the petty benefit of having an alibi when something would break. She felt appreciation on all of the levels. She wanted a constant reminder to always appreciate all of the aspects. She named him Yosef.

After twenty years of working for Lavan and dealing with all of his treachery, Hashem commands Yaakov to return home.

Yaakov summons Rachel and Leah out to the field where he can speak to them confidentially. “You know how honestly I’ve served your father and how deceitfully he’s treated us. Hashem has spoken to me and has said to return home.”

Rachel and Leah give a somewhat puzzling response. Have we any portion in our father’s house? He sold us to you to pay for your work and then withheld the wages of your additional years of work. Whatever Hashem has told you we should do.

Why was the first half of this answer necessary? Regardless of how they had been treated, if Hashem said to go, you go!

I once heard the following explanation from Rav Yaakov Weinberg, shlit”a. A command from Hashem can only be the best possible course of action for a person to take. There are times when we recognize the clear benefits of listening and there are times when complying would appear to cause detrimental results. We must use the times when we see the benefits to build faith and trust and thereby strengthen ourselves for the times that we don’t.

Rachel and Leah certainly would have followed the command of Hashem and would have left even the best circumstances behind. However, being that this was a case where the benefits were evident, they utilized this opportunity to ingrain in themselves the idea that every command of Hashem is purely beneficial.