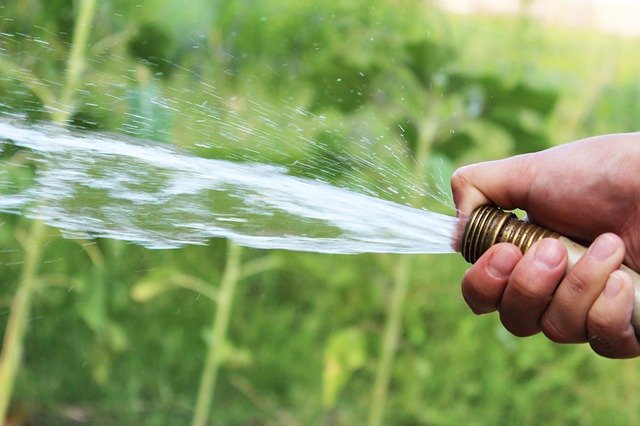 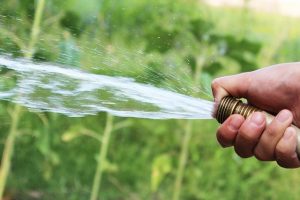 This weeks parsha, Vayera, begins with Hashem (G-d) ‘visiting’ Avrohom Avinu who was recuperating from his bris milah (circumcision). Hashem, not wanting to trouble Avrohom with passersby, had made it an unusually hot day. However, upon seeing Avrohom’s distress at the unavailability of guests to invite into his home, Hashem sent three angels in the guise of men. Avrohom, in his weakened state, rushes out to invite them to his home.

We find a seeming inconsistency in regard to the way that Avrohom served them. “Sh’losh s’im kemach solet, lushi va’a’si ugot (18:6)” – three measures of fine flour were used to make an abundance of cake. Three young bullocks were slaughtered to offer each the choice cut. “V’hu omed alaihem” – and he (Avrohom) stood over them to cater to their every need. Yet, when it comes to the water that was brought, we see a very different attitude. “Yukach na m’at mayim” – allow for a little bit of water to be brought! Why, when it came to the water, did Avrohom offer only the bare minimum?

There was a very basic difference between the bringing of the water and the serving of all of the other items. Although Avrohom and his wife Sarah personally took care of all of the serving, the water was brought by someone else. We can be generous and giving when we ourselves are performing the act. However, on someone else’s account, when someone else is doing the work, that is not the time to be overly generous and righteous!

An interesting observation is that Avrohom did have Sarah make an abundance of cake. This would seem to indicate that one can have their wife work hard for guests without ‘being a tzaddik on someone else’s account’. However, this observation can only be correctly made when, as in the case of Avrohom, the husband is working even harder than the wife to serve the guests!

Rav Yisroel Salanter zt”l was once invited by one of his talmidim (disciples) to the Friday night Shabbos seuda (meal). He told his talmid that he doesn’t eat out without first knowing how the meal is going to be run. His talmid proudly told him that everything in his home is done strictly according to halacha (Jewish law). “The meat is glatt kosher and is bought from this particular butcher. The woman who works in our kitchen, the widow of a scholar, is very trustworthy. Even so, my wife is always in and out of the kitchen, making sure that everything is being done properly. Between every course, words of Torah are discussed and Shabbos z’miros (songs) are sung. We also have a class on halacha taught during the meal. The seuda, being very beautiful and meaningful, continues until late in the evening.”

After hearing all of these details, Rav Yisroel agreed to come only on the condition that the meal be shortened a full two hours. The surprised talmid agreed to this condition and the meal was a very rushed one. One course was brought quickly after the other, and before an hour had passed, they were ready to bentsch (say the grace after meals).

The talmid, unable to contain himself, turned to his Rebbe and asked what had been wrong with his normal way of conducting the meal. Instead of answering directly, Rav Yisroel summoned the widow who had done the cooking and serving. He turned to her and said, “Please forgive me for rushing you so much this evening. I know you are accustomed to having a nice, long break between each course.”

“May Hashem bless you and may you be a guest here every Shabbos!”, she answered. “The meal usually goes very late and, after a full day of work, I can hardly stand on my feet! Tonight, thanks to you, the meal moved very quickly and I’m now free to go home and rest.” Rav Yisroel turned to his talmid and explained that his normal seuda schedule was very beautiful, but not at the expense of others.

Avrohom only had others bring a little bit of water.

Our parsha concludes with Avrohom’s tenth and most difficult nisayon (test), the akeida. “Kach na es bincha es y’chidcha asher ahavta es Yitzchak v’ha’alehu shom l’oloh (22:2)” – Take, please, your son, your only one, the one you love, Yitzchak, and bring him up as an offering. Avrohom had been gradually developing and uplifting himself. This had begun with the first nisayon, Uhr Kasdim, where he had been thrown into a furnace for refusing to deny Hashem’s existence and had continued through eight additional tests. He was only now ready for the zenith of his greatness, the akeida.

Rav Eliyohu Lopian asks that Uhr Kasdim, the first test, seems to be more difficult than the akeida, the last test! At Uhr Kasdim, Avrohom had not yet seen or heard from this alleged G-d. Based solely on, and for the sake of, his own belief, he was willing to give up his life. At the akeida, although he was asked to sacrifice his only son, Hashem spoke to him and explicitly told him to do it! I would imagine that most of us would do anything that Hashem would ask of us if He’d speak directly to us!

He explains that at Uhr Kasdim, Avrohom did that which he felt was right. He understood that there must be a G-d and that he must even give up his life before renouncing this G-d. For a person to do that which he believes to his very core, even without being instructed by Hashem, is not so hard.

The akeida, however, was an incredibly difficult nisayon for Avrohom. He had spent his whole life spreading the word and teaching about Hashem. He taught the world of a kind and compassionate G-d. He rallied against the then common practice of sacrificing children to the pagan gods. Throughout the course of his life he had converted thousands upon thousands of people to his belief. Then, inexplicably, Hashem speaks to him and commands him to take his own son and offer him as a sacrifice! This runs contrary to all that he has dedicated himself to. His whole life’s work will be destroyed. Not a single person will continue to serve Hashem! This runs contrary to all that he understood about Hashem.

Avrohom could have started to question himself. Could this really be the will of Hashem?! Perhaps the test is for me to show that I won’t sacrifice my son… Perhaps this G-d of kindness wants me to prove my kindness… Perhaps, by obeying, I’ll be failing this test…

However, Avrohom, the quintessential servant of Hashem, made no such calculations. If I was commanded, then I must obey. Even if my mind tells me that much will be lost by listening, how can I even consider my thoughts when they go against the thoughts of G-d? Any understanding that I might have is comical when compared to the depth of His perception. Avrohom woke up early in the morning and took Yitzchak with him to do the bidding of G-d.

May this aspect of Avrohom, which became a part of each and every one of us, his descendants, manifest itself in our adherence to Hashem’s words, even when our understanding of them is incomplete.