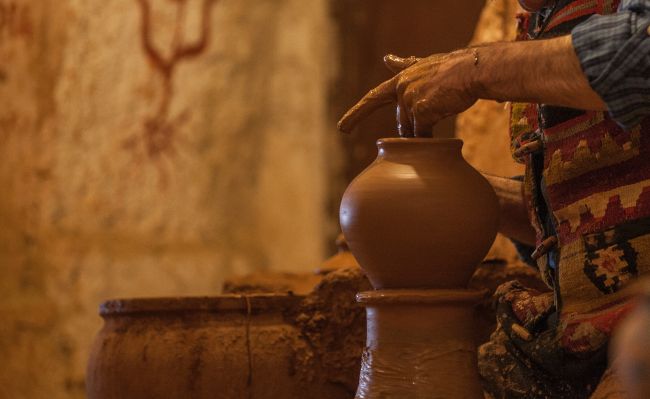 Something We Can Call ‘Our Own’ 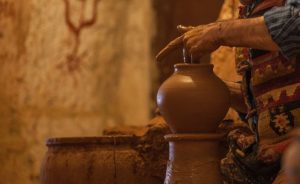 When my wife and I first walked into our apartment in Israel, we were struck by the absence of something that we had taken for granted all the years that we had lived in the States. Closets. Not only was there an absence of closets, there was even an absence of closet. Not a one. This certainly complicated the task of unpacking. We managed with a few temporary measures (many of which still bring tears of laughter to this day) but a more permanent solution arrived with the large, wooden crate that contained all of our shipped belongings. Not having been particularly handy until that point in my life but with necessity outweighing all rational considerations, (that necessity being exacerbated by all of the additional newly-unpacked items from that crate) I began to cut that wood in order to build cabinets.

My first creation was a simple kitchen cabinet–three sides, a top, a bottom and shelves. From there I moved on to a clothing closet with a hanging bar and a shelf. An island in the kitchen and eventually top and bottom cabinets in a basement Pesach kitchen rounded out my carpentry credentials.

The pride I felt when that first cabinet was completed. I had invested so much of myself. After having completed it late at night, I awoke early the next morning and ran into the kitchen just to marvel. I proudly told my wife (bringing home the distressing realization that our move to Israel meant that she would now have to endure painful puns in two languages) that we now had something that we could call ‘aron’ (Hebrew for closet, pronounced ‘our own’).

You’re probably wondering what this has to do with our parsha. All of the blessings and consequential difficulties that are enumerated this week depend on one primary factor. The very first Rashi clearly states this component as he begins his explanation of the parsha: “If you will toil in Torah.” It’s not enough to simply study the Torah. It’s not enough to fulfill the mitzvos {commandments}. Everything is contingent upon the toil.

As Rav Dessler writes, the more of oneself that is put into something or someone, the more it is treasured. The Talmud teaches that a person prefers one measure of that which is their own, more than nine measures that were made by someone else. It’s not that you made it. It’s that it becomes an extension of you. You see yourself in it. It’s you.

Working hard at Torah. Finding time early in the morning, late at night, carving out a niche during the day, when it’s not convenient, when it doesn’t come easy, when there are other things that must get done. Treasuring this eternal Torah as Hashem’s guiding gift to man and recognizing that it is the only source of true bracha {blessing}.

The toil makes it a part of a person and as such, that eternity and integrity that it embodies becomes a part of that person. By making bracha a part of oneself, one is blessed. It becomes something we can call ‘our own.’