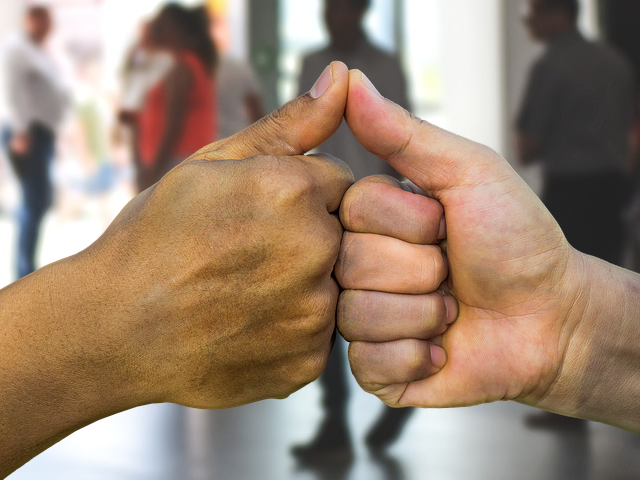 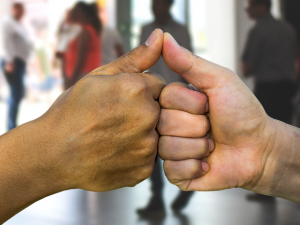 This week’s parsha begins with the mitzvah of Bikurim. It is the obligation to bring the first fruits, from the seven species for which Eretz Yisroel is known, up to the Temple each year. It is a “Mitzvah Telui b’Aretz,” one that is dependent upon living in Eretz Yisroel, an Eretz Yisroel mitzvah.

Last week’s parsha, Ki Seitzei, ended off with the mitzvah to eradicate every last vestige of Amalek once we settled the Land and had peace with our neighbors. Even if Amalek wasn’t bothering us at the time, the mitzvah was to go out and destroy him, as Shaul HaMelech was supposed to do during his reign. As God Himself says at the end of Parashas Beshallach, Amalek’s very existence is contrary to the ideal purpose of Creation, and therefore he must go—COMPLETELY.

The Zohar says that the Ministering Angel of Yishmael complained to God that his client also deserved a portion of Israel. After all, not only did he perform Bris Milah like Yitzchak and his descendants, but HE did it at the mature age of 13. Unlike Yitzchak, Yishmael CHOSE to have milah done to him. Surely that counted for a lot.

God told Yishmael’s angel that he had a point, except that Yishmael only had a mitzvah of milah, not priah, the removal of the orlah—foreskin. He may have done the act, but it did not count for very much since he had no obligation to do so. That part of the mitzvah was only given at the birth of Yitzchak, and for his descendants, for whom it became official with the receiving of Torah long into the future.

Therefore God told the angel, Yishmael’s bris was considered to be “empty.” Accordingly, he would have the right to Eretz Yisroel while it was “empty,” while the Jewish people were exiled from the Land. At that time it may not have seemed like much, but in the end, it amounted to a whopping 1300 years, from about 648-1948 CE! And, they have been fighting to get the Land back ever since!

In last week’s parsha, we learned from Rashi that Amalek didn’t just attack and kill Jews. He specifically maimed each one he could by actually severing the place of Bris Milah. As if that weren’t bad enough, they then threw them Heavenward, as if to give them back to God. In classic Amalek fashion, it was an act of war against God, and in particular, against His covenant with the Jewish people.

If the same thing happened today, God forbid, we would just assume the people committing such acts are VERY sick. They may have a “reason” for what they do, but it would be a reason born of demented minds. They would go to jail, get interviewed for a book, and then it would become a real life horror movie.

Amalek was different. If he wasn’t, God wouldn’t have declared war against him. If Amalek didn’t represent an existential threat to mankind, his demise would not be so crucial to the Final Redemption. History would just take care of him under the general heading of “evil that has to go,” like the rest of the bad guys in the world.

To begin with, if Amalek believed in God, then He knew Who God was and what He could do. He understood with Whom he was starting up. If so, then how could he take such a risk by taunting God like that? We know, as Rashi points out, that he was suicidal, but even that has a limit. It is one thing to attack the Jewish people fresh out of Egypt. It is another thing altogether, to tear up the contract right in front of the owner’s face, so-to-speak.

The answer to this question comes from an Amaleki himself, if not through lineage then at least spiritually:

“The Ten Commandments have lost their validity.  Conscience is a Jewish invention, it is a blemish like circumcision.” (Rauschning, Hitler Speaks, p. 220)

Conscience is an interesting human trait. Have you every seen a lion attack a deer and feel bad about it? Does a cat steal food and have guilt feelings? Does a shark ever have second thoughts about taking advantage of innocent prey?

Of course not. If they did, their species would eventually die out. They are programmed to survive, and when they are not in survival mode, they don’t usually attack. They “steal” or kill as a matter of survival.

Human beings, on the other hand, can steal for the fun of it. They often kill for the sport of it. Desire can be enough of a reason to take what is not theirs. Lust can be enough of a justification to throw morality to the wind and just have a good time. Animals do not need conscience to keep the world in balance. Humans certainly do, and if they don’t accept God’s, then they will make up their own just to survive.

Putting limitations on stealing and murder is something the average person can agree to. His own desire to live securely compels him to agree to societal rules that limit his behavior. Even tribes who know nothing of Torah or Western morality have self-imposed rules they obediently follow to preserve their ways of life.

The problem is the gray areas in life. Those are the ones that don’t SEEM to require rigorous governance, personal or other. They are the kinds of activities that do not interfere with the general survival of society, physically-speaking.

Or so it seems, at least in the SHORT-run. Man with his limited ability to predict the future, or even just project into it, is often making mistakes about what should stay and what should go. He’s also incredibly biased and capable of convincing himself that he is being objective when he is actually quite subjective. He often stands in the middle of “storms” and asks himself, “Now where did THAT come from?!” He is often shocked when he realizes how what was once considered “good” or at least “neutral” ended up causing so much bad.

Here’s the point. God has Nature’s back. It doesn’t have any say regarding what it can or cannot do. It is a zoo, and God is, in a manner of speaking its Divine Zookeeper. The animals move according to His will at every moment in time. Nothing lives or dies, is satiated or goes hungry, without God making it so.

The same is true of man, except in a less obvious way. Because man has free will, he also has a place in the decision-making process of history. He can think, plan, use, and most important of all, even ABUSE. He can’t harm ANYONE God doesn’t want to be harmed, but it can sure look like he can when God arranges it for reasons we may never know on this side of history. Innocence and guilt are decided by God, and are based on a lot more than we can ever consider.

The most important thing about power is to recognize its limitation. It’s the only way to use it responsibly, and to not be consumed by it, like has happened to most of mankind since Adam HaRishon. We like the idea of being God in our own lives, and crash when we fail in folly.

Enter Bris Milah. Bris Milah says many things, but the most important message it conveys is, “Man is powerful but within limits. He is brilliant but shortsighted. He is independent, but He needs God to oversee Him. He is Godly, but not God. The world is his to use, but not to own.”

This is what Amalek rejected. This is why God took his attack personally. This is also why Amalek didn’t just attack the Jewish people, he also attacked Bris Milah. He had, HAS, a God complex, and Bris Milah tells him to channel it in a moral direction. That takes will power. It takes discipline. And, it means denying oneself wanton pleasures in life for the sake of a higher quality of life.

This is the condition for receiving and keeping Eretz Yisroel. Survival on the Land demands allegiance to the principle of Bris Milah. We are threatened when we start to stray from it. We are exiled when we adopt the opposite way of life, Amalek’s way of life. Parashas Ki Savo is filled with curses, but they only come when we go Amalek’s route. There are blessings, which follow from living in Eretz Yisroel, are the reward for loyalty to the BRIS of milah.

As the Talmud says:

Anyone who lives in Eretz Yisroel is guaranteed the World-to-Come. (Pesachim 113a)

Now it is clear why.