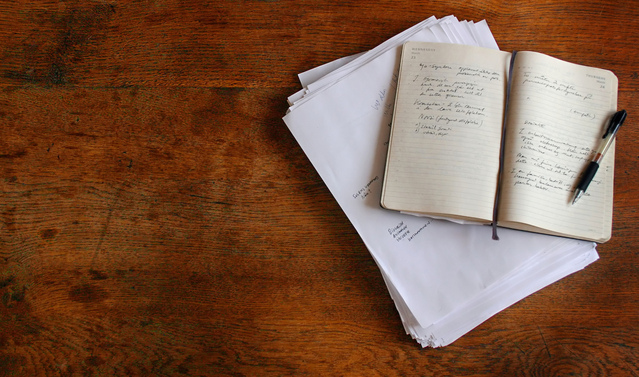 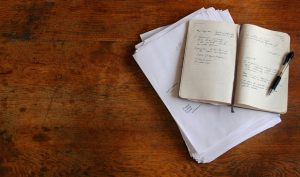 Speak to Aharon and tell him: “When you light the lamps, the seven lamps must cast their light toward the face of the Menorah.” (Bamidbar 8:2)

THE LAST PART of the previous parsha was consumed with the gifts presented by the leaders of each tribe as part of the inauguration ceremony of the Mishkan. As explained in the past, the weight of the gifts, 130 shekels, had great significance. They are connected to the “damaged” souls Adam HaRishon “created” during his 130 years of teshuvah, and which eventually reincarnated into the Erev Rav. It was the Erev Rav who made the golden calf for which the Mishkan was a “tikun.”

We have also spoken in the past about how the Torah presents each prince’s gift as if it is unique, when in fact it was an exact replica of the first one. It is one of the easier sections for a “Ba’al Koreh” to read on Shabbos, because the duplication of paragraphs results in a certain rhythm when read.

If someone were to present that section of the Torah to an audience, they would probably just say, “And all of the leaders of the tribes brought the same thing: one silver bowl weighing 130 [shekels], one silver sprinkling basin [weighing] 70 shekels, etc.” They might mention the individual names of the princes, because that did vary from gift to gift.

So, why did the Torah do the opposite, and “drag” us through all the details? To make sure the Torah had a certain amount of words and letters? They could have been made up elsewhere, and in a more interesting way.

Rather, the Torah is making a very IMPORTANT but subtle point. It is sharing with us HEAVEN’S perspective on our service of God. It is reminding us of how personalized service of God does not have to mean using your OWN or different words each time, but infusing the SAME words or act with a PERSONAL perspective.

Every prince was different. They had different souls, and that automatically varied their experiences of life. They came from different families, had different upbringings. They married women who were different from each other for the same reason, impacting their husbands’ view on life. Who knows how many other factors made one prince different from another?

When it came time to offer their gifts for the Mishkan, no two moments were the same. Nachshon ben Aminadov was first, so he did not have someone before him to learn from. Nesanel ben Tzu’ar, who was second, did. But the actual moment he brought his gift was different, because time does not stand still. History had changed by the time his turn was up, and it changed the nature of the same gift of his predecessor. The same was true about each subsequent prince and gift.

The same can also be said about every individual, especially when it comes praying the same Shemonah Esrai, three times a day, six days a week. It’s the EXACT same words, phrased the EXACT same way EACH time. For people for whom the phrase, “familiarity breeds contempt” is a natural instinct, how is one supposed to put “umph” into their tefillah time-after-time-after-time?

That’s where THIS week’s parsha picks up. The first section returns to a discussion about the Menorah, which the Ramban sees as an allusion to Chanukah. But, the basic mitzvah discusses how to the light the Menorah:

Speak to Aharon and tell him: “When you light the lamps, the seven lamps must cast their light toward the face of the Menorah.” (Bamidbar 8:2)

When you light: Literally, when you cause to ascend. Since the flame rises, the Torah describes kindling in terms of ascending. He is required to kindle the lamp until the flame rises by itself. (Rashi)

All societies survive because of traditions that are passed down from one generation to the next, but Torah society DEPENDS upon it. It depends not just upon the accurate transmission of the material that is meant to technically guide us through life. It depends upon the accurate transmission of the “soul” meant to inspire each new generation to sincerely and energetically serve God.

Therefore, the education job of one generation is not complete until the light of the next generation is able to stand on its own. If the inspiration that first “sold” our ancestors on Torah is not successfully passed on from one generation to the next, then most Jews will be unable to maintain much of a connection to Torah in general.

What is the best way to measure the Torah inspiration level of a generation? By the way people perform their mitzvos, but primarily, by the way they pray.

Learning Torah is enjoyable, and it can even become competitive. Everyone wants to become a talmid chacham, and maybe even a Rosh Yeshivah one day. There is plenty to be excited about when learning Torah even without the kind of inspiration we are talking about. You can find people who zealously learn Torah, but who also unzealously perform their other mitzvos, ESPECIALLY prayer.

Tefillah is something that you cannot become inspired about, unless you are generally inspired in your service of God. Not only does such a person pursue a close and intimate relationship with God, they usually already have one. They are real with God as their benefactor, and they use prayer to both show their appreciation for what they have, and to ask God for what they need. They know that when they “show up” to prayer, God does as well.

What does this mean? Of course God is ALREADY everywhere at ALL times. But, for a person to SENSE this, which changes the entire nature of the way they perform mitzvos, and especially the way they pray, they have to be both INTELLECTUALLY and EMOTIONALLY involved. This is what it means to “show up” for anything.

Being somewhere intellectually is the less difficult of the two. Just being there already makes that easier, and focusing on what is being done adds to it. A person who comes to shul to pray, does what is expected of him, and even thinks about what he is doing is, for the most part, is intellectually “there.”

The question is, where is their heart? Where are they emotionally? Back at home, or the office, still thinking about what they were doing before they went to shul, or worrying about something they have to do once they leave? There are countless things that can distract a person’s heart from one moment to the next, and will continue to do so, if what the person is currently doing is not their activity of choice.

Every person works differently, but every person is like the kohen who lights the Menorah. A person’s inspiration will not kindle on its own, and if not ignited properly, the flame will go out. The question is the same for everyone: How do I kindle my soul so that it burns brightly and strongly towards God? How a person answers that question is their own personal service of God while down here on earth.