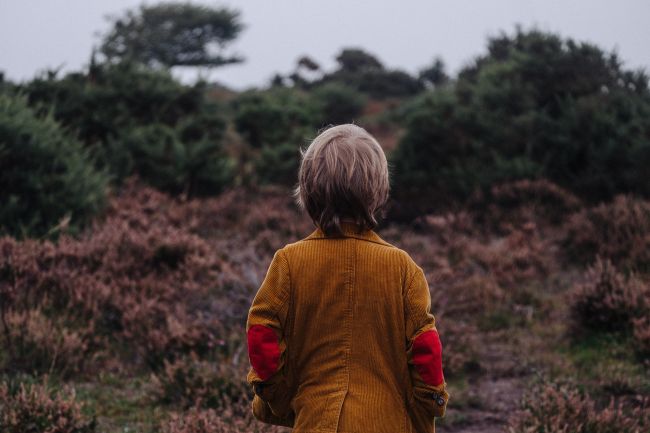 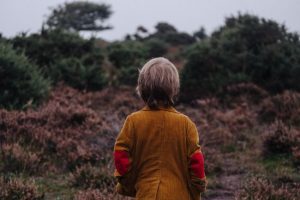 The Children of Israel journeyed from Rameses to Succos, about 600,000 on foot, the men, besides the young children. And also, a great mixed multitude went up with them, and flocks and cattle, very much livestock. (Shemos 12:37-38)

WHO WOULD HAVE thought that the very parsha in which actual redemption occurs the seeds of exile were also planted? If Moshe Rabbeinu had only heeded God’s advice to leave the Erev Rav, the Mixed Multitude, behind, I’d be writing an entirely different essay on the parsha, from an apartment closer to the Bais HaMikdosh. I’m a Levi, and probably destined to be on the Temple clean-up crew.

We can fantasize all we want about what COULD have been, had Moshe Rabbeinu only listened to God’s direction. It seems as if things could have just as easily gone the other way. Moshe Rabbeinu could have just as easily left the Erev Rav behind as he did take them out. After all, he had God telling him that is was a GOOD thing, even the BETTER thing.

Let me give you an example. This happened to me last Erev Shabbos, and telling it is therapeutic for me. It makes me feel as if the stupid thing I did actually has some “deeper meaning.”

We were on our way to a family member’s house for Shabbos. I was involved in a mitzvah for someone else, but I was also looking forward to going. At my own personal expense. I had rented a car to take us there.
When I went outside to load the car, I noticed new neighbors moving in a couple of houses a way. Some robberies have occurred in the area because workers have seen homeowners pack up for Shabbos or a holiday, so I decided to pull up closer to my house and out of their eyeshot to finishing packing the car.

The road that runs by my gate had been turned into a pedestrian/bicycle route only. It is really too narrow for car traffic, so they closed off both ends of the street with poles and fences. However, since double strollers could not navigate the fences, some individuals took upon themselves to secretly remove at least once fence. The one adjoining the wall that reaches my gate still remains. On the other side of the road is a fence and trees.

The remaining opening is just large enough for a car to pull up in front of my house, as I did that Friday afternoon. After finishing our packing, we got in to the car, and I began to back up towards the road where the car was originally parked. That was the way out.

I backed up slowly, craning my neck to monitor my proximity to the remaining fence at the opening. In fact, I was so focused on that fence that I totally forgot about the tree on the left side of the car, and how close I had been to it. As I eased backwards, I suddenly heard a crunching sound that I can STILL hear, days later. I quickly turned around, but not quick enough, because the driver’s side mirror was already hanging down like a broken limb.

I got out to look at the damage. There was no way I could drive with the mirror like that, so I disconnected it and threw it in the back seat. I got back in the car, upset. I considered what happened and could not believe I could be so clueless. I usually always mind my surroundings, especially in such tight areas.
“Why, why, why . . .?” kept running through my head. It did not take long for me to find some good reasons why it COULD happen to me. But the part that kept hounding me was, “If only I hadn’t pulled up like that to my door . . . If only I hadn’t worried about the movers . . . If only I had paid better attention to the obstacles on the left side of my car as well . . .”

If I had done nothing unusual and it still happened, then I would have still wondered why God saw fit to “punish” me like that. But, I would have known there was nothing I could have done to avoid it, at least at the time. But, I had set up this accident. It seemed as if it had been SO avoidable, and that is what frustrated me the most. Such a waste of good money.

I resolved to not worry about it over Shabbos, and I had already accepted by fate as Divine “good.” But it wasn’t until Motzei Shabbos that I recalled the story of Rebi Akiva in the Talmud (Brochos 60b). With no room in the inn, he had been forced to stay outside the city in a local field, and to accept his fate as Heavenly good.

That night, his flame blew out, his rooster was eaten by a cat, and a lion ate his donkey. He was destitute, but again he told himself that all God does is for the good. And he believed it.

The next day he found out just how right he had been. While asleep in the field, marauders came and took the city captive. Had he found a room at the Inn, he would have been one of their victims. Had they seen his flame or heard his animals, they would have captured him in the field. Thus, all the “bad” really HAD been for his good.

Not all of us are so fortunate to IMMEDIATELY see the good that really resulted from bad we first experienced. Our emunah in God’s Providence has to remain even after we are still smarting from our loss or inconvenience. But, regardless, the moral of Rebi Akiva’s story for EVERYONE is: All is for the good.
As I considered Rebi Akiva’s story, I wondered if losing my mirror, and the money to fix it, saved me from some worse fate that I did not know about. Perhaps. But a question about Rebi Akiva’s story popped up in my mind for the first time, one that occurred to me only because I still had to deal with the financial aspect of my little accident. True, all that happened to Rebi Akiva ended up saving his life, but he also still had to deal with his financial loss after he gratefully walked away.

Why did the great Rebi Akiva have to lose money, or anything, to be saved? Couldn’t God have used a less expensive way to keep Rebi Akiva from becoming a captive by a bunch of bandits? Why didn’t God send Rebi Akiva, or the marauders to a different inn?

Rebi Akiva probably wondered the same thing to himself. The Talmud however doesn’t seem to address the issue, or does it? Maybe that is really what Rebi Akiva meant when he said again, “All that God does He does for the good.” He didn’t just refer to the part that he could see and understand, but even to the part he could not explain. I quickly took that message to heart to help me better accept my situation as well.

It applies here also, though on a much grander scale. Yes God warned Moshe Rabbeinu to leave the Erev Rav behind, and yes, Moshe Rabbeinu ignored the advice. True, had Moshe Rabbeinu followed God’s advice we’d all be living in the Messianic Era now, which would have begun shortly after receiving Torah. It is also true however that this is not what history wanted, NEEDED.

We may not yet understand why, and continue to suffer because of the Erev Rav all through the ages. But there really are no “what ifs” when it comes to Jewish history and Divine Providence. It is what it is because it is what it was meant to be. Now, how are WE going to deal with it?