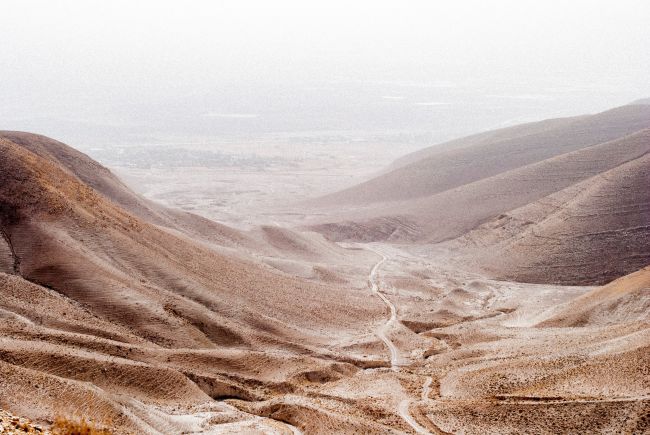 A Different Kind of Inheritance 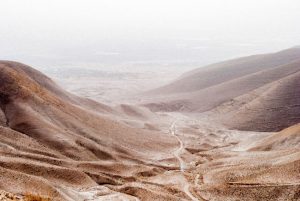 IT IS POINTED out that the gematria of the word, “vaeschanan,” which means “I pleaded,” is 515. This is to allude to the fact that Moshe Rabbeinu prayed to God 515 times to change the decree against him and allow him to enter Eretz Yisroel. That’s a LOT of times to pray for something.

Why not 516 times? Because God stopped Moshe, telling him, “If you ask ONE MORE TIME, I will have to fulfill your request!”

WOW. Really? Moshe Rabbeinu would have actually been able to annul such a Divine decree through prayer? Remarkable. Perhaps more remarkable however is that he didn’t carry through and cancel the decree! Why did he stop short?

The Midrash explains that God showed Moshe Rabbeinu what the future would have looked like had he lived and crossed the Jordan river into his beloved Eretz Yisroel. He may not have become the leader again, but he would have been Moshiach nonetheless, and built the Temple that Shlomo HaMelech eventually built, making the question even stronger.

“But,” God told Moshe, “if YOU build the Temple as Moshiach, it can never be destroyed. When the Jewish people sin and become worthy of destruction, which they still can do, what will I take in their place if the Temple is indestructible?” So, Moshe did not ask that one final time, to guarantee the future of the nation he loved so dearly.

This is why he tells them in this weeks parsha:

“Because of US?” the Jewish people could have asked him. “YOU were the one who hit the rock instead of talking to it! It’s YOUR fault you cannot enter Eretz Yisroel!”

Moshe would have answered them, “That used to be the case. But I could have prayed to enter one more time, and would have been granted my request. The only reason I didn’t was because entering the Land would have led to your destruction. So I repeat, because of YOU I cannot enter the Land!”

There is another dimension to this discussion which I only recently learned about from a friend. He shared with me his Dvar Torah he is planning to give over at his son’s Bar Mitzvah celebration. It is such a beautiful idea that I decided to include it here.

The Ibn Ezra asks a seemingly simple question: Why couldn’t Moshe Rabbeinu take “no” for an answer that he prayed no less than 515 times to enter the Land? The Ibn Ezra’s answer: Moshe Rabbeinu was making a point to the nation, regardless of whether or not God would listen to him. He was showing them how incredibly valuable Eretz Yisroel was to him, and SHOULD BE to them.

You will arise and show Tzion mercy, for the time to favor her, for the appointed time has come. For your servants have CHERISHED HER STONES and FAVORED HER DUST. (Tehillim 102: 14-15)

Redemption, at least a MERCIFUL one, Dovid HaMelech wrote, depends upon the Jewish people’s love of, and longing for Eretz Yisroel. When one Gadol was asked, my friend told me, after finally making aliyah what he missed most from his life in the Diaspora, he answered, “longing to live in Eretz Yisroel.”

Thus it is perfect that Shabbos Nachamu, the Shabbos of consolation after Tisha B’Av, begins with Moshe Rabbeinu’s GREAT longing for Eretz Yisroel. It’s as if it tells us, “You want to be consoled from all the destruction of the past, and avoid any future disasters? Long for life in Eretz Yisroel! Cherish her stones! Favor her dust!”

The rabbis of the Talmud did. The last few pages of the Talmud Kesuvos is filled with discussions about the importance and centrality of Eretz Yisroel. Important rabbis did menial things just to help others enjoy Eretz Yisroel. This was even during the times they lacked control over the Land and often had to fight for religious survival.

Is it any coincidence then that, as history winds down, Eretz Yisroel has become such a central issue? Don’t be blinded by shortsightedness. Don’t become weighed down by the politics. An inheritance is only an inheritance if there is someone to receive it. Moshe Rabbeinu’s longing for Eretz Yisroel is ours, but only if we are willing to inherit it.