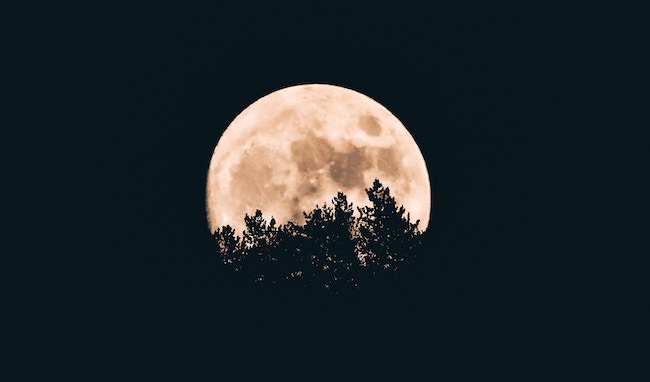 Lessons from the Moon’s Consolation Prize 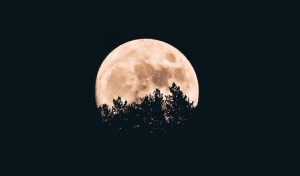 These divrei Torah were adapted from the hashkafa portion of Rabbi Yissocher Frand’s Commuter Chavrusah Tapes on the weekly portion: CD #1090– Bracha on Havdalah Candle: Before or After? Good Shabbos!

The Torah teaches, “And G-d made the two great lights, the greater light to dominate the day and the lesser light to dominate the night—and the stars.” [Bereishis 1:16]. Rashi famously comments: “They were created equal in size, but the moon was reduced in size because it complained and said, ‘It is impossible for two kings to use the same crown.'” Originally, Rashi explains, the sun and the moon were the same size, and besides that, the moon also possessed its own source of light. Today, as we all know, the moon just reflects the light of the sun, and it is much smaller than the sun. The moon is basically just a rock which has the sunlight bouncing off of its surface. However, when the Ribono shel Olam first created these heavenly bodies, they were equal in size and in power of illumination. The moon’s diminishment resulted from its complaint to the Almighty. This is a famous teaching of Chazal.

Rashi comments on the last words of the pasuk (“and the stars”) by saying “Because He reduced the size of the moon, He made its hosts many, to conciliate it.” It appears from Rashi that the stars as well were part of “Plan B.” Apparently, “Plan A” did not include stars in the sky – just two equally large and powerful luminaries. Once the moon advanced its complaint (that it is impossible for two kings to use the same crown), then the Almighty introduced Plan B – including a smaller moon accompanied by galaxies of stars, the stars being a “consolation prize”, so to speak, for the moon.

If we think about it, this is an amazing thought. There are billions of stars in the heavens. Nowadays, because of all the artificial light in our cities, we cannot see all the stars. However, if someone who is out in the desert or the wilderness looks up on a clear night towards the sky, the amount of stars visible is magnificent. If we think about it, why are there stars? Rashi here says that the huge quantity of stars was provided to appease the moon! Why was this necessary? The Almighty could simply have told the moon, “It is your fault for complaining that you could not co-exist with the sun as equals, so now live with the consequences of your argument!”

I heard two insights to explain this phenomenon, both homiletic in nature, but I think they are both beautiful thoughts. One of them I mentioned in past years; the other I heard for the first time very recently.

The Ramo rules in Shulchan Aruch: “There are those who say one should make the chuppah (bridal canopy) under the heavens as a good omen that the couple’s offspring should be like the stars of the heaven.” [Even HaEzer 61:1] This is something I advise my young students to be particular about. When a fellow gets married, he has all kinds of questions about which wedding ceremony protocols are significant and which are less so. For many of these “customs” there is no authoritative source. I advise “Don’t worry about it!” However, our master the Ramo says it is a nice custom to make the chuppah under the stars. This is worth taking into account. That is why virtually all wedding halls in New York, where people are particular about such matters, have “skylights.” Even in Baltimore, many shuls were built with skylights for that reason.

My daughter got married in January. It was freezing. She got married at Beth Tefilla. There were two chuppah parts – there was an inside chuppah and an outside chuppah. They went outside to the “outdoor chuppah” for the siddur kiddushin. Why? Because of this Ramo. It is a siman tov (positive omen).

I once heard that there is another message in this custom, besides the fact that it is a segulah for having many children. The idea is that the couple wants their children to be “like the stars in heaven.” In what way? This means that if the entire purpose of the creation of the stars was to appease the feelings of the moon and make it feel better after having lost its status—we want that type of children. We want to have children who have the same sensitivity as the stars in the heavens, children who sense that their mission in life is to make someone else feel better.

Of course, the moon has no feelings, and all these statements of Chazal are metaphors. The metaphor is that even if it is necessary to punish a person and put him in his place on occasion, still, after administering the punishment, you give him a hug. This is the significance of the couple standing under the heavens at their chuppah—so that their descendants should be like the stars of heaven.

That is the thought I heard long ago. Recently I heard another interesting thought from the Tolner Rebbe:

The Gemara [Bava Basra, 8b] expounds on a pasuk in Daniel—”The wise will shine like the radiance of the firmament, and those who teach righteousness to the multitudes will shine like the stars forever and ever.” [Daniel 12:3]. The Gemara says that the reference to “those who teach righteousness to the multitudes” (matzdeekei haRabim) refers to teachers of school children (melamdei tinokos). They are like the stars of the heavens.

Dozens of interpretations have been given to explain this simile. The Tolner Rebbe’s comment was that this, too, is part of the job of the teacher of school children. I, Baruch Hashem, teach adults. They are all mature. Obviously, a teacher should never say anything demeaning or insulting to such students. But when you are teaching little kids, they sometimes act up, and the teacher sometimes needs to discipline them. When you discipline a child improperly, it can have repercussions that will last a lifetime. Unfortunately, far too many children were turned off to Yiddishkeit because of an abusive Rebbi – physically abusive and/or verbally abusive: Too strong, too strict, patch, this and that.

Parents raise children, and children can be frustrating. Raising children is the hardest job in the world. It can be very trying at times. Parents lose their temper. They lose their patience. But they always need to remember that there needs to be an appropriate follow-up to the administration of discipline. There always must be a plan to provide appeasement to the disciplined child. The Talmud uses the expression “With a child, one should push away with the left hand and draw near with the right hand” [Sanhedrin 107b]. The weaker hand should discipline and the stronger hand should draw him back.

If the Almighty created the stars to appease the moon, the teachers of children—which is a title that can be given to any person who merits to have and raise children—should always apply this concept of appeasing their “disciples” to make sure that even when there is a “klap”, it is immediately followed with a consolation prize.

This week’s write-up is adapted from the hashkafa portion of Rabbi Yissochar Frand’s Commuter Chavrusah Series on the weekly Torah portion. A listing of the halachic portions for Parshas Bereishis is provided below: