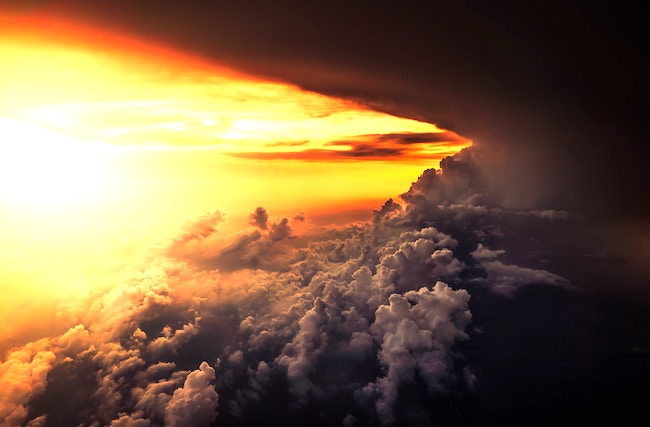 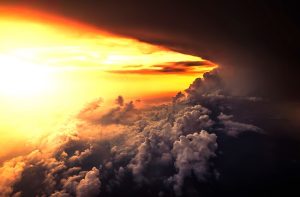 …and you will say to yourself, “My strength and the might of my hand that has accumulated this wealth for me.” (Devarim 8:17)

ANYONE WHO KNOWS anything about the End-of-Days probably also knows about, “Chevlei Moshiach—Birth Pangs of Moshiach.” Although it’s not clear exactly how they will unfold and what they will be like, it is clear that they are to be AVOIDED. REALLY avoided.

The question is, how?

How about running away to some remote part of the world? That might work, if God wasn’t behind whatever it is that is destined to occur at the End-of-Days. But there is no place in the universe that is “remote” to Him. If a person does not MERIT to avoid Chevlei Moshiach, then they will experience them WHEREVER they are.

How then does a person MERIT to be spared them?

According to the Zohar, and later, the Ramchal and Vilna Gaon, it has to do with a concept called “Yichud Hashem,” or “the Unity of God.” Everything does.

There are basically four phases of Yichud Hashem. The lowest of these four is that a person does not believe in God at all. They lack an adequate explanation for existence, but they certainly don’t think that God is it, even though they have not thoroughly investigated the matter.

The next level up is that a person DOES believe in the existence of God, but does not think that life is influenced by anything He does. Perhaps He made Creation, but after that, this person believes, He switched on “Auto-Pilot”{ and sat back to watch His handiwork in action.

The level up from that is where a person believes in both God and Divine Providence. They accept that there is no such thing as an accident or a coincidence. They understand that everything is a function of Hashgochah Pratis. The good, the bad, and even the ugly, are all a function of God’s will…even though this person can act as if they believe to the contrary.

This sounds and looks like hypocrisy, but it’s more like inconsistency. We tend to assume that what the brain accepts the heart automatically absorbs. That, however, is usually only when it is a win-win situation, like winning the lottery or something. People might be shocked by such good fortune, but they do not tear up their winning tickets in disbelief.

But it is one thing to INTELLECTUALLY accept that God runs the ENTIRE show, and that ALL He does is for the GOOD. It is something altogether greater to accept this EMOTIONALLY. When a person does, they will never complain about the events of their lives again. They may pray to improve them, or for the betterment of others, but their heart will still tell them that “all that God does He does for the good”.

THAT is true Yichud Hashem. The God-believer doesn’t just “talk the talk,” they also “walk the walk.” They don’t just TALK bitachon and emunah—trust and faith—in God, they LIVE it. When something happens that makes life look random, or unfair, and they feel the urge to go that way—an EMOTIONAL thing—they wash it away with the TRUTH, reflected by their demeanor. It’s impressive.

For example, when the Torah warns in this week’s parsha against taking credit for our success, it is not just trying to keep us from stealing God’s show. It is a violation of Yichud Hashem, because it gives the world the impression that God is not involved in EVERY detail of EVERY thing.

That was why Yosef stayed in jail two extra years. Rashi says that it was a mistake for him to rely on the wine steward for help, but others feel that he was just doing his part—hishtadalus. If so, then the question returns, “What did he do wrong to warrant two more years in the royal prison?”

The answer is in Yosef’s own account of how he got to jail. He didn’t just tell the wine steward to remember him to Pharaoh. He went a lot further, discussing his kidnapping from his family in Canaan, and the false accusations made against him by Potiphar’s wife. The overall message: BAD things happen to GOOD people, not very good publicity for God’s control and perfect justice.

He certainly learned his lesson from his extra prison time. Later, once he was brought before Pharaoh, who insisted on crediting Yosef with his dream-interpreting ability, Yosef was quick to deflect ALL the credit to God. The message: God runs the ENTIRE show, and we only merit to be His “vehicles” down here for “good” or “bad.”

It’s one of the biggest disruptors of Yichud Hashem, bad things SEEMINGLY happening to good people. The entire book of Iyov addresses this very issue because it is the very issue that “Amalek” exploits to pull people away from God, and undo Yichud Hashem, endangering the world.

How does Amalek do it, and why does God let him?

Basically, to discover the answer, just ask an atheist and agnostic what bugs them about God. Whatever makes them doubt God is what Amalek throws at the world. They might say:

Cheaters who seem to prosper.

Honest people who seem to fail.

If anything happens in history that makes it seem as if God isn’t involved, either because of the outcome or the way it occurred, Amalek will exploit it. He’ll use people’s intellectual, emotional, and spiritual weaknesses to HIS advantage, just to pull them away from God. It may look as if it is just irreligious people having a blast, or religious people being a little less spiritual, but it is really Amalek pulling the heart of mankind away from its Creator.

This is why, as Rashi points out at the end of Parashas Beshallach, that Amalek divides the Name of Hashem. In truth, He can’t TOUCH anything about God, and certainly not one of His HOLIEST Names. But the way he causes people to misperceive God or at least His Providence, it’s as if He can and has divided the Name of God.

So we declare, before doing mitzvos, that we do them for the sake of just the opposite, to UNIFY the Name of God. We do them for the sake of Yichud Hashem. At least that is what we say. The truth of this is borne out by the extent to which we invest ourselves in the mitzvos we do. Do you do the mitzvah out of habit…because of social pressure…or because you want to better connect to God?

The answer is important because it determines if the mitzvah will result in Yichud Hashem, or not. And that, the Zohar, Ramchal, and the Vilna Gaon say, is not just a matter of earning reward in the World-to-Come. It is also a matter of being spared the troubles of Chevlei Moshiach!