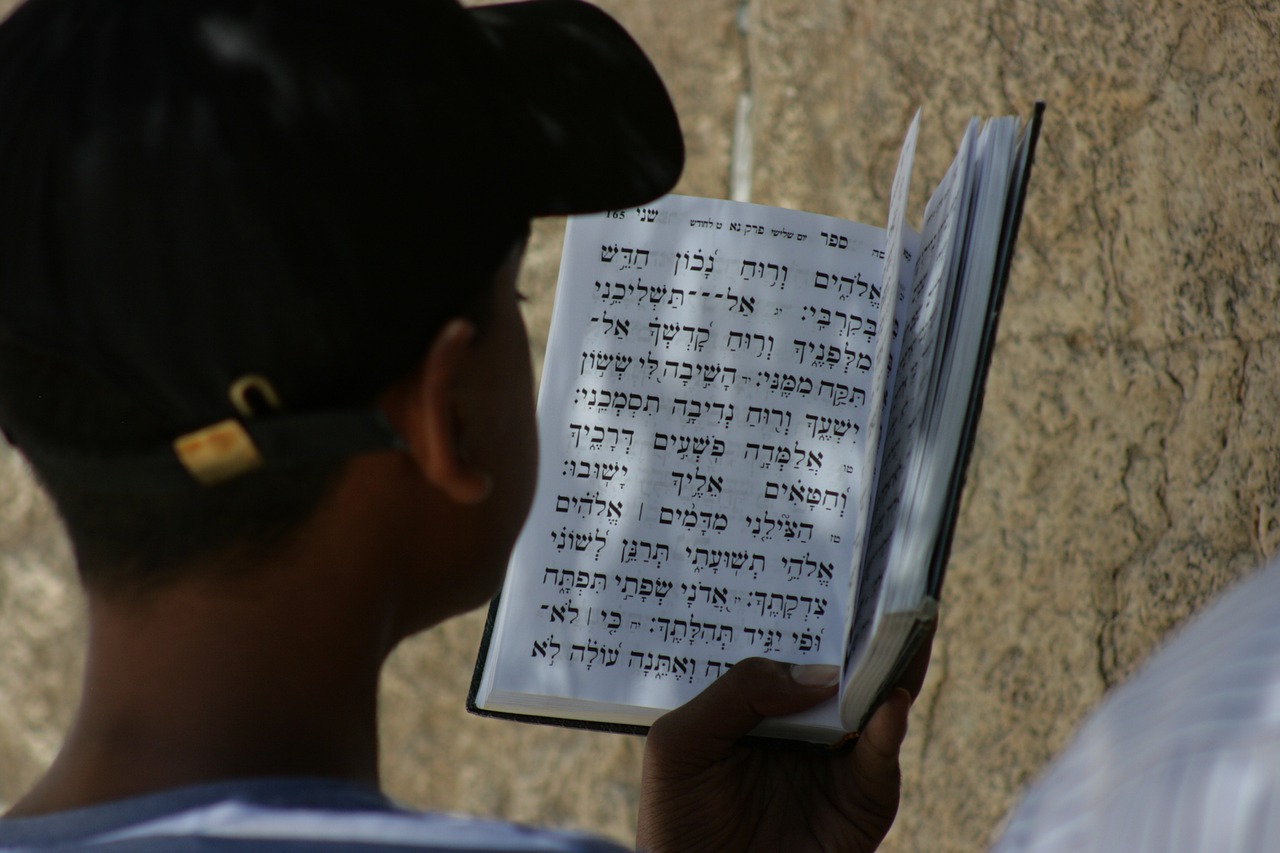 The Power of a Heartfelt Prayer 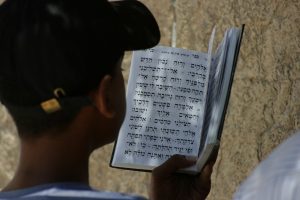 R’ Ben Zion Nesher shlita (one of the senior rabbis in Tel Aviv, Israel) asks: During the winter, all of the Jewish People– especially the farmers and other inhabitants of Eretz Yisrael who are dependent on rain for food and drinking water–pray that it will rain. Why would the competing prayer of an individual traveler have a chance of being answered such that the Kohen Gadol had to ask Hashem that the traveler’s prayer be rejected?

R’ Nesher answers: This teaches us the power of a sincere prayer. While the farmers are praying for rain, they are, at the same time, making contingency plans in the back of their minds in case it doesn’t rain. Such a prayer is less accepted by G-d, because the person saying it is not placing himself completely in G-d’s hands. Not so the prayer of a person walking along a lonely country road when storm clouds are forming. He knows that he has nowhere to turn but to Hashem, and he prays with a sincerity born of desperation that gives his prayer special power.

R’ Nesher continues: This is what King David meant when he said (Tehilim 118:5), “From the straits I called upon G-d; G-d answered me with expansiveness.” Because I was in dire straits, He answered me. This also is why we read (Shmot 2:23), “During those many days, the king of Egypt died, and Bnei Yisrael groaned because of the work, and they cried out. Their outcry because of the work went up to the Elokim.” The repetition of the phrase “because of the work” emphasizes that their prayer was answered because it originated from desperation. (Haggadah Shel Pesach Shir Tziyon p.69)

R’ Moshe ben Maimon z”l (Rambam; 1135-1204) writes: Among the things that beautify the Bet Ha’mikdash and elevate its status are the prohibitions on a person entering it when he is drunk or Tamei or with torn clothing. The same purpose is served by the requirement that one who is serving there first wash his hands and feet.

Rambam continues: In addition, for the honor of the Bet Ha’mikdash, Hashem has given honor to those who serve there. Therefore, Kohanim are commanded to wear special, beautiful garments “for glory and splendor” (paraphrasing Shmot 28:2).

Also, Rambam writes, those Kohanim who are fit to perform the Temple service are commanded not to sit down there, not to enter the Heichal / sanctuary whenever they want [but only to perform some service there], and never to enter the Kodesh Ha’kadashim / Holy of Holies–except for the Kohen Gadol on Yom Kippur and, then, only four times and no more. All this serves to elevate the status of the Bet Ha’mikdash. (Moreh Nevochim III 45)

R’ Mordechai Yaffe z”l (Poland; 1530-1612) writes about the poem formally known as “Shir Ha’kavod,” also called “An’im Zemirot”: The fact that it is recited every day and the great sage R’ Shlomo Luria z”l [Poland; 1510-1573] did not abolish it [as he did certain other customs] amazes me. It would seem to me that it should not be recited every day–not because it is not worthy, but rather because of its loftiness. Since we consider it to be a great praise of Hashem, it should not be said every day, but only occasionally, such as on Shabbat and Yom Tov. We may liken this to our Sages’ teaching: “If one recites Hallel every day, he is blaspheming.” It is not proper to praise a human king cheaply, and certainly not Hashem. As Rambam writes [quoted above] about entering the Holy of Holies on only one day of the year in order to elevate it, so should be the rule for An’im Zemirot as well. At a minimum, if people want to say it every day, they should not open the Aron Kodesh, which is the equivalent for us of entering the Holy of Holies. (Levush Ha’techeilet 133)

R’ Yoel Sirkes z”l (Poland; 1561-1640) disagrees: I have received a tradition that the early generations established the recitation of An’im Zemirot every day because it contains Aggedeta / a non-legal teaching of the Sages: “He showed the knot of the Tefilin to the humble one” [see Rashi z”l to Shmot 33:23]. This enables us to recite Kaddish afterwards, and the Gemara (Sotah 49a) teaches: Every day’s curse is worse than the day before, and what keeps the world going is the “Yehei Shmei Rabbah” recited after learning Aggedeta. We should not rely on doing this only on Shabbat. (Bayit Chadash: Orach Chaim 132)

“Speak to the entire assembly of Bnei Yisrael and say to them, ‘You shall be holy, for holy am I, Hashem, your Elokim’.” (19:2)

R’ Ovadiah Seforno z”l (Italy; 1475-1550) writes: The reason for the conclusion of the verse is that, after the Torah taught (in previous Parashot) the laws of Kashrut, ritual purity and family purity, it now tells us the purpose of these Mitzvot: We were created in the image of G-d, and we should emulate Him as much as possible. (Be’ur Al Ha’Torah)

The Gemara (Shabbat 31a) relates: A would-be convert to Judaism came to the sage Shammai and said, “Teach me the entire Torah while I stand on one foot.” Shammai pushed the man away with a builder’s measuring stick. The man then came to Hillel, who taught him, “What is hateful to you, do not do to others. That is the whole Torah, and the rest is commentary. Go study it!” [Until here from the Gemara]

Many commentaries ask: Why did Hillel state his message to the would-be convert in the negative (“What is hateful to you, do not do to others”) rather than quoting our verse? Also, how could Hillel say, “That is the whole Torah”? R’ Yechiel Yaakov Weinberg z”l (1884-1966; rabbi in Lithuania, then Rosh Yeshiva in Germany and Switzerland) explains:

Many societies have adopted “Love your fellow as yourself” as an ideal, but few, if any, consistently live up to that ideal. By delivering the message in the way he did, Hillel gave the would-be convert (and every person) a means to constantly evaluate how he is measuring up to the ideal: Have I done anything to someone else today that I would not want done to me?

This explains as well how Hillel could say, “That is the whole Torah.” Hillel was saying, “Just as you understand that in interpersonal relations, ideals are not enough–it’s how you translate those ideals into practice that matters–so, when it comes to serving Hashem, ideals are not enough–practical Mitzvah performance is required.” (Haggadah Shel Pesach Sridei Eish & Gachalei Eish p.6)

R’ Amram Taub z”l (1917-2007; rabbi and “Brider Rebbe” in Baltimore, Maryland) asks: Wouldn’t it have been better stylistically to say, “The world is judged with goodness”?

He answers: The Gemara (Sotah 8b) teaches, “A person is judged by the yardstick with which he judges.” Therefore, R’ taub writes, it is best for a person to accustom himself to see everything in a positive light and to always have an optimistic perspective on life. The Gemara (Berachot 60a) relates that the sage Hillel heard cries in the city and said, “I am confident that they are not coming from my house.” Hillel had a positive outlook on life and trained his family to see life the same way. Therefore, he knew the cries were not coming from his house. Moreover, when a person has a positive attitude and truly believes that nothing bad comes from Hashem–it is all good–he actually draws kindness upon himself from Heaven. This, writes R’ Taub, is the idea behind one of the fundamental tenets of Chassidut–i.e., to be happy always.

This, concludes R’ Taub, is what our Mishnah is teaching: “With goodness the world is judged.” According to the degree of goodness with which each person views the world, so he will be judged. (Divrei She’arim Al Pirkei Avot)