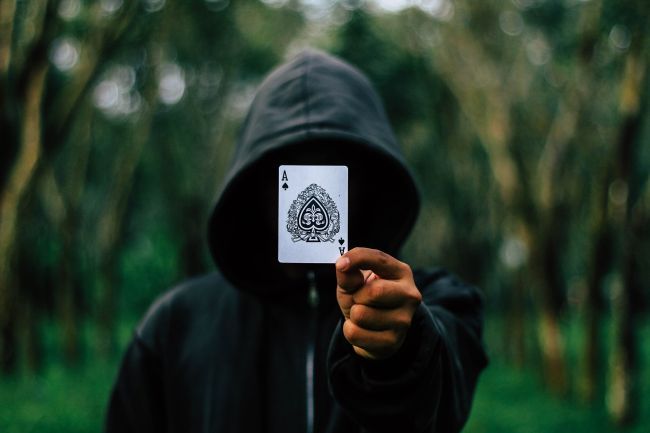 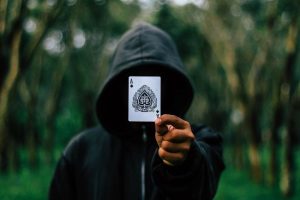 God spoke to Moshe, saying, “Take revenge for the Children of Israel against the Midianites…” (Bamidbar 31:1-2)

I REMEMBER BEING somewhere, and noticing a person who just did not belong. It was hard NOT to notice him, since he was so rude and obnoxious. It really bothered me, and had I been the host, I probably would have asked him to either clamp down or get out, politely of course.

But as I looked around the room, and especially at the host, I noticed that no one paid attention to this annoying person. Instead, they acted like he wasn’t even there, which made me wonder if I was hallucinating. So I went over to someone else and asked, “What’s the story with this guy? Doesn’t he bother anyone else other than me?”

The person looked over at the nuisance and frowned. Then he just told me, “He always does that, and no one wants to deal with him, so they don’t.” “Okay,” I thought to myself, “this is weird. I guess I’ll just have to pretend that he’s not here too.”

It wasn’t the last time I experienced such a strange situation. In fact, we actually witnessed it, so-to-speak, in Parashas Balak. Zimri was that “nuisance,” and no one was doing much about him, until Pinchas came along and put an end to his disturbance. He overlooked all the “political” issues and responded to the crisis in kind.

Likewise, Shaul HaMelech brought back the Amaleki king, Agag, alive. He had planned to kill him, as commanded. But the fact that he left him alive one moment longer than he could have, even if for a “good” reason, underscored his appreciation of the severity of the situation. He lost the kingship for this, and it was Shmuel HaNavi, whom Agag correctly called his “Angel of Death,” who merited to eradicate that evil from the world.

It’s a recurring pattern throughout history. Billions of people have lived and do now. You’re bound to get a lot of obnoxious people over time. Some will be noisy but do little damage, others will make us regret that we did not deal correctly with them much earlier. Hitler, ysv”z, after all, stated quite clearly what he wanted to do and how. The world just let him follow through and paid an unspeakable price later on.

And now it is happening once again in a big way, in the United States. Whoever thought that Arabs would become members of the House of Representatives? Why not? Jews have. So many other nationalities have. Why not Arabs as well?

Well, it depends. If these are American Arabs, that is, Arabs who have embraced America as their home like any other American actually born there, then why not? They have every right to run for power if they are LOYAL American citizens.

But if they are Arabs who are loyal to Arab causes above that of American causes, bent on using American power to accomplish what Arab power could not, then it is no longer called “voted into power.” It is called infiltration of the system, and that can only lead to abuse and destruction of the American way of life.

There’s that famous dictum: Don’t be so open minded that your brains fall out. But that’s only one half of the problem. The other half of the problem is that people’s minds are so shuttered they cannot perceive the damage occurring around them. They have adopted the attitude that if we just look away, the problems will go away on their own.

No such luck. In fact, there is no luck at all. It’s all Divine Providence making things happen the way they are. Even people who know that in general do not understand that in particular. God sends the “troublemakers” of history to TEST us.

They think they got in by popular vote only. They think they are making inroads for their own good. They think they were clever enough to figure how to use the American system to execute their agenda. And make no mistake about it: they think their success is speeding up THEIR idea of the Messianic Era. If you don’t believe that, just listen to what THEY say.

Bilaam and the Midianites thought EXACTLY the same thing in their time. They thought they found a weakness in the Jewish system of defense that they could exploit to their advantage, and they did. But not because they were smart and crafty, but because God showed it to them. If you take certain spiritual weaknesses for granted, God has a way of showing you just how dangerous that can be, and was. We lost 200,000 people when all was said and done.

And the crisis set up a test for everyone else as well. The vast majority of the population did not fall prey to the daughters of Midian, or the idol worship they pushed on their victims. But they also didn’t stop those who did, making them quite non-innocent as well. People who don’t respond to spiritual crises may not be punishable by plague or capital punishment, but they can still be cut off from the Jewish people, and probably were.

And as the Talmud states, it has nothing to do with your projected level of success or failure in correcting the situation (Shabbos 54b-55a). It has only to do with your willingness to try and rectify a spiritually corrupt situation. God wants to see the extent to which you cannot live with the crisis as it stands. For Pinchas, it had nothing to do with whether or not he would succeed at his act of zealousness, only with making the sacrifice to try.

Once all the tests were over, there came payback time. The 200,000 spiritually corrupted Jews were gone. The opportunity to save the day had been rejected by most and accepted by one. God’s summary of the entire incident came at the conclusion, after which came the command to wipe out the instruments of destruction, the people of Midian, and Bilaam as well.

As the kings of Midian were wiped out, they might have wondered why they ever got involved in a war they could have avoided. They may have considered for a second or two that they had bitten off a lot more than they should have tried to chew.

Bilaam especially may have thought  to himself, “Well that didn’t go as hoped. What was I thinking? God had even warned me…and STILL I tried?!”

The mistaken associations of those in power today may continue, belittling the Holocaust to get at Israel and the Jewish people. Such people pass up their chance to be intelligent in order to be crafty instead. They abuse the system, designed to promote liberty, to accomplish just the opposite. The lies may continue to flow like putrid water, causing damage, and creating tests for everyone else who still values the truth.

For now. But justice will come, DIVINE justice will come. And when it does come, the good will triumph over the evil. The only question always remains to be, who will be sacrificed along the way until that time comes?