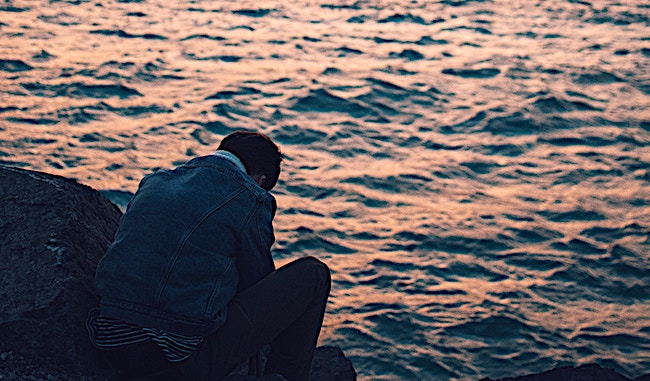 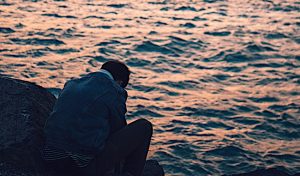 God told Moshe, “This is the law of the metzora on the day he is to be declared ritually clean.” (Vayikra 14:1-2)

The yetzer hara is a remarkable thing, the greatest con artist there is, going right back to the Garden of Eden. How obvious can it get? God Himself said not to eat from the Tree of Knowledge of Good and Evil. He even warned of death as a consequence for doing so. And yet Chava instead listened to HIS loshon hara, and ate ANYHOW.

One could say that Chava fell prey to the machinations of the snake because SHE hadn’t heard the directive from God Himself, but rather from her husband, Adam. But what about Adam, who DID hear it directly from God? What had HE been thinking?

There has been a lot of discussion about what went wrong, and how. But one thing is certain. Even though a person can be clear about truth, and even of the consequences of ignoring it, he can still be convinced by the yetzer hara to do the wrong thing. History makes THAT perfectly clear.

So do the laws of tzara’as. The first man and woman had skins of light. When they sinned by listening to the loshon hara of the snake, the skin of light was transformed to the physical skin we now have. It was Michah’s own loshon hara that transformed his skin as well, giving him a blotch that cut him off from society.

“The very WORST part,” Michah later told his friend Osniel, “was being pronounced unclean by the kohen, and then having my clothes torn. I also had to shave my head…”

“Aaaaah, that’ll probably be the fashion one day…” Osniel said, trying to cheer up his friend.

“A shaved head? Great…but not right now. Now it means that a person has confirmed tzara’as! And I had to cover myself all the way to my mustache, like a mourner, and call out, ‘Unclean! Unclean!’ just so everyone would know to stay away from me. How humiliating!”

“I think that’s the idea,” his friend said softly.

“Yeah, well, I’m just glad that it’s all over. The purification process was no picnic either!”

“You don’t learn Chumash?” Michah asked, sarcastically. “It’s all in there…”

“I know, but there’s nothing like hearing the story from someone who actually had to do it!”

“Who DID try to warn you!” Osniel defended himself.

Michah took a second to digest that, and then launched into the details of his purification process.

“The kohen told me to bring two live kosher birds, cedarwood, red string, and hyssop. He told me that all these were included specifically in order to deliver a message to the metzora. Although many sins may cause this form of punishment, the most predominant, as I know only TOO well, is speaking derogatorily…like birds who chatter endlessly. He also told me that someone who speaks ill of others is haughty, and holds himself higher than them, like a tall cedar. Therefore, to be healed, a metzora must humble himself like, get this, a worm. It’s a play on words, because ‘tola’as’ means both ‘red’ and ‘worm,’ as well as hyssop.”

Osniel was fascinated, but he also felt badly for his friend for having to go through all that. He promised himself to NEVER speak or listen to loshon hara again!

“Spring water is placed in an earthenware vessel, over which one of the birds is slaughtered and into which the blood is allowed to run. The kohen then dips the remaining bird and other items into the bloodied water and…”

“Yeah, well, it was DEFINITELY not up there on my to-do list…”

“Anyhow, the kohen sprinkled the back of my hand seven times. Then I had to wash my clothes to remove impurity and shave all my hair…”

“That explains the new hairstyle!”

“Ha-ha,” Michah remarked sarcastically. “Then I had to wait seven more days to begin the final steps of my purification…”

“Let’s just say that seven is NOT my lucky number.”

“On the seventh day, I had to wash my clothes again to remove impurity, and again shave all my hair.”

“How much hair could you possibly have grown after seven days?”

“Finally, on the eighth day I had to bring three sacrifices to the Bais HaMikdosh, a female lamb as a sin offering, and two male lambs for a guilt offering and a burnt offering. Blood from the guilt offering was placed on my right ear, right thumb. and right big toe.”

“Why all that?” Osniel asked, curious.

“To solve all the problems,” Michah continued, “I had to stick these body parts through the gateway one at a time to receive the blood. The same thing was done with the oil from the flour offerings as well.”

“Wow!” his friend finally responded. “I can’t believe you had to go through so much…just because of some loshon hara!”

“You’re telling me!” a tired Michah said. “It’s enough to have your mouth sewn up for good, just to avoid the possibility!”

“I see what you mean,” Osniel agreed.

It was two thousand years later. The First Temple had been destroyed in the year 423 BCE, and the second one 493 years later in 70 CE. Since then, Jews had been exiled from Eretz Yisroel to different lands and, because of World War II, to the four corners of the earth, literally.

“No it isn’t!” Herschel answered back, now angry as well.

“Sure it is!” Dovid said. “If we were living in the time of the Bais HaMikdosh, you’d have tzara’as by now!”

“Well, you can say whatever you want…just not to me!” a concerned Dovid said.

“What are you even afraid of, anyhow?” Herschel asked him. “It’s not as if you can get tzara’as today…”

Dovid gave his friend a quizzical look. “And that makes it less of a sin?” he asked.

“No, of course not!” Herschel answered. “I meant that you can do teshuvah without having to go through all the embarrassment and stuff a metzora used to go through…”

“Or not!” Dovid said. “People think that since they can’t get tzara’as, they can get away with speaking loshon hara!”

Herschel thought about what his friend was saying, and couldn’t help but agree.

“It’s the same with all sins these days,” Dovid continued. “There are no lashes or any other kind of punishment by the Bais Din. That’s why people don’t care as much when they go against Torah.”

“My father told me though,” Dovid added, “that God is keeping track of ALL our sins, either to make us pay for them later in Gehinnom, or through something else that might happen in our life…”

Herschel was about to add his two cents’ worth when he inadvertently bit his tongue. “OW!” he yelped, as he instinctively grabbed his mouth. “You mean like THAT?” he asked, clearly nursing his wounded tongue.