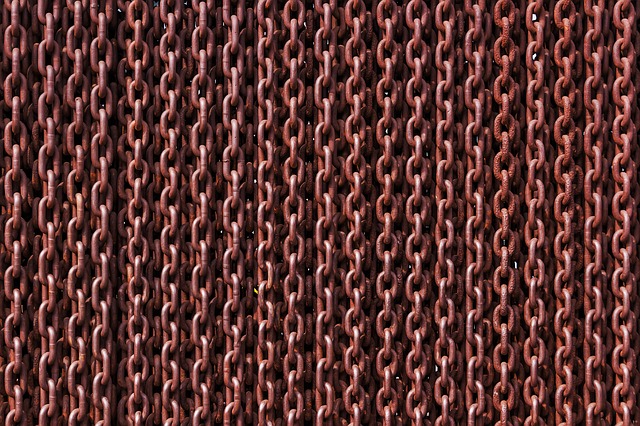 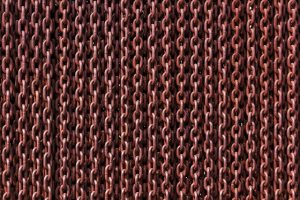 He [Moshe] slaughtered it. Moshe took some of its blood, and put it on the tip of Aharon’s right ear… (Vayikra 8:23)

To the person chanting a Shalsheles, it is no big deal to hear it over-and-over again. But to a person listening in, especially if they are trying to concentrate on something else, it can be somewhat annoying. Once, for sure. Twice, perhaps. But, three times? Go somewhere else!

Ephraim Volke would never have told this to the ba’al koreh preparing the parsha for Shabbos, but he certainly thought it. He was trying to learn a Tosfos on a complicated Gemora, and it was hard enough for him already without the added distraction. But, he kept his peace and pretended as if he wasn’t noticing at all.

Then came the FOURTH time. Ephraim was far too much of a mentsch to offend anyone, especially someone who is involved in a mitzvah. But for his OWN sake, he had to do something about the situation, so that he could continue with his own assignment, and not have an anxiety attack in the process.

So he casually got up to not attract Yoel Bloom’s attention, and took his Gemora further away from the center of the storm. But Yoel noticed the movement, stopped cantillating, and turned to the stranger moving away.

Ephraim stopped in his tracks and turned around. Now he had a new predicament: tell the truth and possibly offend the source of his disturbance, or not tell the truth and let sleeping dogs “lie.” A moment of uncertainty resulted in a moment of hesitation, and the question was answered on its own.

“No problem,” Yoel said, “I’ll move. Why should you have to go somewhere else…I’m the one making the noise.”

Of course Yoel’s considerate response made Ephraim feel like a heel. “Why did I have to do anything at all?” he asked himself. “What a kvetch I can be sometimes!” His only choice now was to be cordial back.

“How could you guess?” Yoel answered back, sarcastically.

“Nice,” Ephraim said. “For a long time? I used to doven there, and I don’t remember you.”

“I don’t remember you either.”

Yoel started to say, “On that note…” when Ephraim cut it and joked, “Pun intended?”

“Nice to meet you, Yoel Bloom. Ephraim Volke,” he said, extending his hand. Yoel shook it and said, “Pleasure.”

“Likewise,” Ephraim said. Then he added, “Now that we’re on a first name basis, what’s with the Shalsheles?”

Yoel laughed. “I was wondering if that was the straw that broke your camel’s back.”

Now Ephraim smiled. “It was just out of rhythm with Tosfos,” he explained.

“It depends upon the Tosfos,” Yoel kidded.

“It’s like this,” Yoel began to explain. “There are only four in the ENTIRE Torah, so when one comes around, I kind of get into it.”

“I can personally verify that,” Ephraim quipped.

“I apologize again,” Yoel said. “I’m almost done, but in the meantime, I don’t mind continuing in the Ezras Nashim.”

“I really appreciate that. But before you go, did you ever learn why a Shalsheles is used in the Torah?”

Yoel thought for a moment and then said, “The first three are kind of obvious. It’s the fourth one in THIS week’s parsha that I can’t figure out.”

“What do you know about the first three?”

“Well, I know that each time a Shalsheles is used it indicates a hesitation that might not be obvious from the posuk, or even apparent to the person who has it. However, in the case of the first one in the Torah, it’s pretty obvious to EVERYONE. The note itself is even over the word that MEANS ‘hesitation’.”

“You’re talking about Lot on his way out of Sdom.”

“Rashi explains that Lot had a hard time leaving Sdom, even though he was being guided by an angel to safety. He was so invested in Sdom that he just couldn’t walk away from it, in spite of the danger of staying.”

“Ya, well, it seems to be a Jewish problem THROUGHOUT the ages,” Yoel agreed.

“The next Shalsheles is more subtle.”

“The one by Eliezer?” Ephraim asked.

“Right,” Yoel answered, “when he was sent by Avraham to find a wife for Yitzchak. After miraculously arriving at his destination in record time, Eliezer asked God to give him a sign if and when he would find the right girl for Yitzchak. Now, from the posuk, everything seems normal, except for the Shalsheles over the word, ‘And he said,’ indicating some kind of hesitation on Eliezer’s part.”

“But why,” Yoel asked rhetorically, “would Eliezer, Avraham’s most loyal servant, hesitate to do the will of his master?”

“Perhaps he didn’t,” Yoel offered, “at least not CONSCIOUSLY.”

“Ahah,” Ephraim exclaimed, as if uncovering an important clue. “You refer to the Midrash that says that Eliezer had wrongly hoped that his OWN daughter would be able to marry Yitzchak…”

Yoel cut in, “but couldn’t because Eliezer descended from Canaan, who had been cursed by Noach, and someone who is cursed cannot marry someone who has been blessed.”

“But, the Shalsheles tells us,” Ephraim cut back in, “that this did not mean that Eliezer was no longer disappointed, at least on SOME level, and therefore subconsciously hesitant to find another match for Yitzchak…”

“Exactly,” Yoel said, “and YET…and this is the IMPORTANT part, he STILL carried out his mission scrupulously.”

They both took a short breather.

“That’s TWO,” said Ephraim. “What about the third?”

This time it was Ephraim’s turn. “You mean, ‘vayamaiAIaiAIaiAIain.’

“Yup, that’s the one…when Yosef is trying to refuse the advances of his master’s wife. From the Torah it looks as if Yosef realized the danger of the situation immediately, and then hightailed it out of there right away like any tzaddik would. The Shalsheles however tells us otherwise, that he had to battle himself to refuse her.”

“Ya, well,” Ephraim interjected, “that whole episode is a story unto itself, especially given what the Gemora has to say about it…”

“Then there is the fourth and final Shelsheles, in this week’s parsha.” Since Yoel still had the Tikun open to the proper page, he lained the entire posuk, “‘He slaughtered it…’” Then he looked at Ephraim and said, “Moshe Rabbeinu was initiating Aharon HaKohen and his sons into the service of God. What hesitation could he possibly have had, on ANY level? It had to be one of the most joyous occasions, not to mention that they were not only the first kohanim, but his own brothers and nephews! It had to be a happy day for ALL of them!”

“Judging by that smile, you obviously have an answer.”

“I do,” Ephraim said. “But to be totally honest, it is not my own. I heard it from a drash given at my shul a couple of years ago, by someone who had also asked your question.”

“May I?” Ephraim asked, signaling that he wanted to use the Tikun for a moment.

“All yours,” Yoel said, passing it to him.

Ephraim flipped through the pages, back to Parashas Tetzaveh, and locating the verse he wanted, he read the Hebrew.

“‘It shall be a continual burnt offering for your generations, at the entrance of the Tent of Meeting before God, where I will arrange meetings with you, to speak to you there. There I will arrange meetings with the Children of Israel, and it will be sanctified by My glory.’ So, on the second verse Rashi brings the Midrash which says: ‘Do not read “bichvodi—My glory,” but ‘bimchubadi—My honored ones.’ The Midrash says that God hinted to Moshe here about the future death of Aharon’s sons, on the day the Mishkan would finally be assembled. This is what Moshe meant when he said, in NEXT week’s parsha…”

Now he flipped ahead to Parashas Shemini, and finding the posuk, he read it, and explained it, “That’s what Moshe Rabbeinu told Aharon HaKohen after Nadav and Avinu died in next week’s parsha. He said that God had already alluded to their deaths back in Parashas Tetzaveh. He said that He would be sanctified by those close to Him, except that Moshe Rabbeinu had thought, at the time, that the sanctification would come through his and Aharon’s death, not Nadav’s and Avihu’s death.”

“So,” Ephraim said, “let me ask you a question. If you were shechting the animal that was part of an initiation process that you had been forewarned was going to lead to your death, and the death of the your beloved brother…”

“Which you knew,” Yoel added, “would have an incredibly NEGATIVE impact on your nation at one of the most IMPORTANT moments in history…”

“Also true,” Ephraim agreed, “would it not impact you on SOME level?”

“Well,” Ephraim continued, “your Shalsheles reveals that it DID impact Moshe Rabbeinu, and gave him pause to think…”

“And YET…” Yoel started to say.

“And YET,” Ephraim finished, “Moshe did his job EXACTLY as commanded, without the slightest hint to anyone else about what he knew, and as if everything was going to unfold in the happiest of ways!”

Yoel whistled, indicating that he was impressed. The smile on his face showed just how pleased he was to have unraveled an ongoing mystery, and he let Ephraim know it. Then he joked, “It can pay to be annoying…”

“I’m sorry about that Tosfos,” Yoel said, realizing how much time the entire exchange had taken up.

“Me too,” Ephraim bemoaned. “But it’s not every day that you meet a nice guy and make a new friend. I can probably make up the time somewhere else, but you can’t always do the same with a new friend.”

Yoel was deeply touched, and after shaking Ephraim’s hands and exchanging numbers, he looked forward to what could only become a long and close relationship. Ephraim too, and years later, it was clear that they had been right.

Purim Lite: A “lite” look at the holiday of Purim

Yes, it is a play on the word. Purim is a holiday of light, GREAT light, but not everyone has the patience to read “Redemption to Redemption,” so I created a lighter version of the book. BUT, I have also seen a lot more on the topic since completing “Redemption,” so “Purim Lite” is also an update.

So far, it is only available in PDF format through the thirtysix.org Online site. It makes important reading if you want to get out of Purim what it has to give.