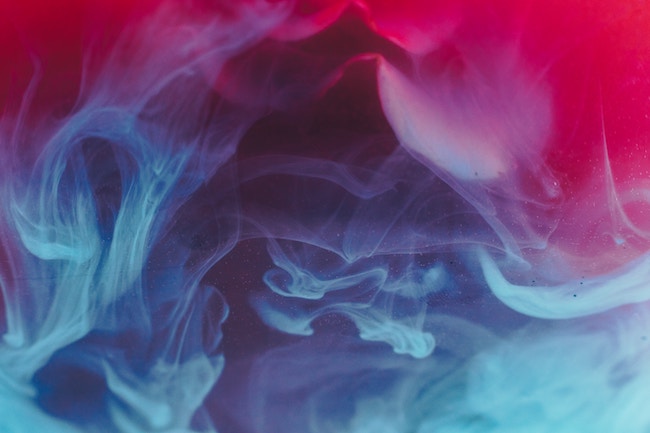 Going Up In Smoke 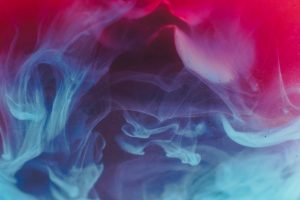 A burnt offering of cattle must be an unblemished male, brought to gain acceptance, before God by the entrance of the Appointed Tent.  (Vayikra 1:3)

Note: I have been working on a series of books called, “In Discussion,” all on the weekly parsha, but in a discussion format. I completed Bereishis and Shemos on time, but not Vayikra. I was going to wait until next year but instead decided to do it now on a weekly basis, and the publish it at the end bH. Hence, the change of format until Sefer Bamidbar.

He was no stranger to miraculous clouds. Six protected them from the elements of the desert. One went ahead of them and paved the way for them to walk. But the one over the Mishkan was unique, special, and holier, representing the Shechinah that had encompassed and descended upon their Divinely-designed, but human-built creation, the Mishkan.

As of the first of Nissan, the second year since leaving Egypt, the Mishkan became fully operational. What an experience that was! It sounds like a simple thing, but it was far from it. Two opposite worlds came together in the most extraordinary way, a miracle beyond imagination.

Hard to grasp, but not impossible.

Splitting of the sea?

But SEEING the Presence of God, the Infinite WITHIN the finite … That is a mind bender.

“Hard to believe, is it not?” Elazar’s father asked his son, seeing his fascination.

“What is even more amazing is what goes on INSIDE the Mishkan,” his father commented.

“That’s right, all kinds of them.”

“Do you know about them?” Elazar asked his father. He was really curious.

“You mean all the steps involved in bringing a sacrifice?”

“Yes,” Elazar said, enthusiastically shaking his head in the affirmative. “Let’s start with a Korban Olah!”

“Sure,” his father replied. “I see you already know names of the sacrifices.”

“Not all of them,” Elazar answered, “but that is one I have heard mentioned a lot.”

“Well,” his father began to explain, “an Olah, first of all, is one that is burned completely on the mizbayach. The Korban Tamid, which is brought two times each day, seven days a week, is also a Korban Olah.”

“The flesh of the animal is divided, and is then placed on the wood on the mizbayach, which is constantly burning because of all the sacrifices carried out daily. It is left to burn slowly. After the flesh, including the horns or the beard of the goats, has become ashes, usually by the next morning, they are removed by a kohen, and disposed of at a tahor place outside the Mishkan.”

“What about the skin of the animal? Is that burned as well?” he asked his father.

“That’s a good question,” his father complimented him. “No, the skin, that is, the hide of an Olah is shared among the kohanim on duty at that time to use as they please.”

“What else?” he pressed his father.

“Well, of course, like all korbanos, an Olah can’t have a blemish. But unlike a Shlamim, which can be either a male or female animal, an Olah can only be male.”

“You are a curious one,” his father told him. “Let’s see what else I know … Ah! A Olah can be brought by an individual, either as a neder or as a nedavah, that is, as a vow or as a donation. If a person just says that he is going to bring an Olah, then it is considered a neder, a vow. If, however, he chooses a specific animal to be his Olah, that is a nedavah, a donation.”

“What’s the difference between the two?” Elazar asked, confused. “Either way the person has to bring the korban to the Mishkan!”

“True,” his father answered him. “An important difference is, if he loses the animal somehow before he gets the chance to bring it to the Mishkan. In the case of a neder, he has to replace the animal with another at his own cost. But, in the case of a nedavah, since he chose a specific animal to be his Olah, nothing can replace it, so he doesn’t have to.”

“Ahhhh,” Elazar said. “Seems that it is a lot safer to promise a nedavah …”

“Perhaps,” his father said. “But a lot of times people want to bring a korban to Hashem so much that they would prefer to replace a lost one.”

“I would LOVE to bring one!” Elazar said, wide-eyed. “I would be happy to sell whatever belongings I have to buy one, and bring it to the Mishkan!”

His father laughed, and admired his young son’s enthusiasm. In fact, he was touched by it, and it made him think about it himself.

“What was a Korban Olah for?” he asked his father, looking towards the massive cloud over the Mishkan.

“I believe it atones for bad thoughts.”

“Yes. Thoughts are not physical,” he explained to his son, “like something you can see or touch.” He said that while picking up a fruit, to make his point. “But BAD thoughts can lead to something physical if, Chas v’Shalom, they become a sin. So, to fix that, we bring something PHYSICAL and burn it completely on the mizbayach. This transforms something PHYSICAL into something SPIRITUAL, like thoughts.”

“I understand that,” Elazar answered, proud of himself. However, he added, “but it is SO hard to control my thoughts. Without even thinking about something it can just pop into my head, and at the worst times too!”

His father laughed. “That happens to all of us, my son.”

“Yes. It is not something that most people can control.”

“Why would Hashem make us like that, if thinking bad thoughts is so bad?”

“For the same reason Hashem gave man a yetzer hara. To test us. To challenge us. To give us the opportunity to CHOOSE to do the right thing, so that we can receive reward in Olam HaBa for doing so, and feel better about ourselves in THIS world.”

His father continued. “A person may not be able to control what pops into his head during the course of a day, or when that will happen. But, he CAN choose what he does about it once it does.”

Elazar thought about his father’s words, and took them to heart. There was something very comforting about them, but they also told him what he had to do.

“This is why it is so important,” his father said, “to be careful about how we live our lives. Everything we see, hear, smell … everything we experience in life is ‘written’ down inside of our brains. WE may forget about them,” his father explained, “but our BRAINS do not. And many times things happen in life to make us remember them, and not always in the best way or at the best time. This is why the Torah is makpid about what a Jew becomes involved with.”

Clearly his son was absorbing it all.

“But … you have to remember,” he continued, “if you do think about something you know you shouldn’t, don’t panic! Instead, do your best to push the thought away, like blowing smoke through the air, until it has gone and you can go back to what you WANT to be thinking about.”

They both stood quietly for a few moments, watching the Shechinah over the Mishkan in the distance. Then he told his son, “In a sense, this is what korbanos are all about.”

Elazar looked at his father with a face that said, “How so?” So, he explained himself further.

“Well, basically there are four aspects to the korbanos.”

“Yes. There’s the wood of the mizbayach to burn a korban, the salt put on it, the korban, which is the animal itself, and of course, the person who brings the korban. Each of these four things are part of the tikun.”

His father smiled. “To answer that,” he continued, affectionally stroking his son’s head, “we have to go back in time.”

“Yes, Elazar, all that way back to the very first chet ever performed by a person.”

“When Adam HaRishon ate from the Aitz HaDa’as, he damaged the world on four levels, Domaim, which is the mineral world, Tzomayach, which is the level of plants and things that grow form the ground, the level of Chayah, living creatures, and, of course, man, who is called a ‘Medabehr.’

“That’s right,” his father said. “And I’m sure you can figure out which is for which.”

Elazar’s face showed that he was thinking hard..

“The animal is the Chayah …” he said, “and the Person bringing the korban is obviously the Medabehr.”

He thought another moment or two, and then finished, “And the salt is the Domaim, and that wood is the Tzomayach …”

“Perfect!” his father said proudly. “So you see,” he explained further, “that though it is no simple matter to take the life of an animal, it is for a very HOLY purpose, ‘Tikun Ma’aseh Bereishis.’ Even a Chatos, or an Asham, accomplish the same thing, even though they were brought because of sins that have happened in our time.”

“So, when we sin,” Elazar reasoned, thinking as he spoke, “we’re just making Adam HaRishon’s kilkul worse, and THAT causes ANOTHER animal to have to be killed…”

“Yes, I’m afraid so,” he told his son. “The korban may atone for the chet, but perhaps we will have to answer on Yom HaDin for the loss of animal life it caused.”

Elazar’s expression said it all. He had taken the message to heart.

“It’s just another reason,” he told his father, “to try and be a tzaddik!”

The two of them stood there transfixed on the Heavenly Cloud off in the distance. They were totally unaware that the Shechinah had not only been a part of THEIR discussion, but “smiled” now because of it.

All In Your Mind: Essays about how we think and how we ought to think

But isn’t Amalek dead, and aren’t pure-bred Amalekis gone from the world? Yes, but only physically. Spiritually, Amalek is a reality that will haunt us until the end of history, until Moshiach comes.

In the meantime, Amalek the concept attacks us every day, pretty much every waking hour. But unlike his first attack, his current strategy is far more subtle and insidious. Most people don’t even know they’re at war, and won’t until he finally sends in the actual troops, as he did in World War II.

Until such time, the battleground is the mind of the Jew. It’s all in the mind, but not in an imaginary way. It’s real, because the consequences show up all over life, in the way we pray, talk, eat, socialize, etc. And, as the Ramchal points out, the most dangerous kind of war is the one you don’t even know you’re fighting.

All my books talk to this point, but this one does specifically. It explains the enemy and provides a “military” strategy for defeating him, or at least not losing to him. In advance of Parashas Zachor is a good time to buy the book and plan your counterattack.

As mentioned previously, if you’ve read a book of mine and enjoyed it, it would be great chesed if you review it on Amazon. Thank you very much in advance.