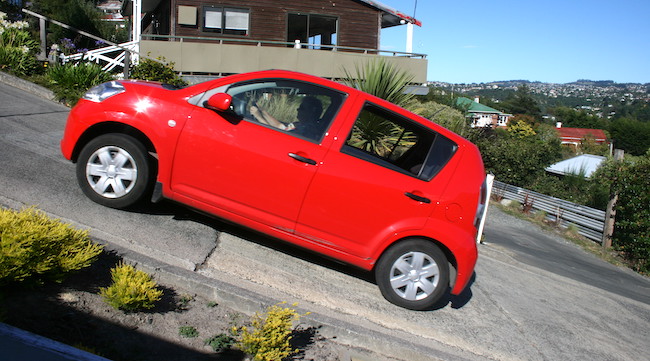 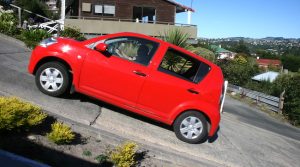 So says God: What wrong did your forefathers find in Me, that they distanced themselves from Me, and they went after futility and themselves became futile? (Yirmiyah  2:5)

THERE ARE BASICALLY three kinds of change, those we welcome, those we reject, and those we reject but are forced to welcome. We are watching all three occur simultaneously in the United States right now.

American Liberals welcome that change occurring there right now. In the words of one young person: “We’re going to tear the whole thing down and start again!” Asked by the Interviewer, “And what will you replace it with?” she answered, “We don’t know…but we’ll figure that out once we get there!” That’s REALLY welcoming change!

Then, of course, you have the other side of the argument, those on the Right, who do not welcome the change at all. They may include some racists, as the Left clearly does and those making the dramatic changes. But these are mostly people who liked the United States of America the way it was, albeit perhaps with some changes to curb ACTUAL racism.

Then there are those who liked the USA the way it was, because they did great while it was that way. They never complained about racism or a lack of equal rights while no one else did, and might have been found guilty of some rights violations back then. But since they see where the winds are blowing, and since they are worried about their futures, they have capitulated to the angry crowd, with the hope that they will be protected against its vengeance. Hey, it worked for Bayer back in the early 1940s, so why not in America in this decade?

Never mind the fact that some of these groups to which they are giving obscene amounts of money to placate them are being called “terrorists” by those who know their histories. Never mind the fact that many of these groups have a long history of virulent anti-Semitism, and pose a grave threat to the Jewish community of America. It’s a small fish to throw to the sharks when they circle your boat.

Oh well, no one really expected the American empire to last forever, right? No, but at least 300 years.

There are many ways to define a “chacham—wise person,” and indeed, the Talmud has a few of its own. But the most instructive way is one I have quoted so often in this parsha sheet over the years: one who sees what is being born (Tamid 32a). I understood what it meant from the start, at least intellectually. The events of recent times have helped me to understand the idea better emotionally as well, making the concept that much more real.

When unintelligent people make bad mistakes, we’re not surprised. We’re more surprised when they get things right, and chalk it up to mazel. The curious and scary thing about history is when intelligent people make bad mistakes. Then we scratch our heads and wonder, “Didn’t they see that coming?” The answer, of course, is no. The question is, why not?

The Talmud answers that question: they did not see what was being born. I mean, they SAW it, but they didn’t actually SEE it. They see it coming now, as the media reports. What they don’t see is what will follow in its wake, which means, according to the Talmud, that they do not really see what is being born…because they are all so incredibly subjective and blindsided by personal ambition.

That’s not me speaking, that’s HISTORY speaking. If you don’t believe me, go back and learn it. Whenever change has come through fear of reprisal, it has given rise to dictators and demagogues. And by the time all the people who supported them in the beginning wake up to what they have created, especially the Jews, it has always been too late to do anything about it. It probably already is.

Of course, from a Torah perspective, it is not about political parties and revolutionary factions. Only one thing makes all the difference in the world in any given situation, and that’s God’s opinion in the matter. Religious or secular, that is what carries the day and determines the outcome in any situation, regardless of what seems to be the facts on the ground or the statistical outcome. When you’re omniscient and omnipotent, none of that ever gets in the way.

The gentile world will do what it will, because God will direct them that way. They will think that they are controlling their situations and dictating their outcomes, but God did all of that long before they were even thinking about it. The Midrash Koheles Rabbah says so. When the average German rallied around the National Socialist German Workers’ Party, they thought the Messianic Era was upon them. Only later, and too late, did they realize that it was more like Hell than Heaven, and that they would end up with even less than what they started with.

As for the Jewish world, at least those who might read something like this, or at least those who would read this and take it to heart (anyone left?), they have to ask only one question now: What is God thinking? It doesn’t make a difference how long you have been living in the USA, and how dug in there you might be. We are first and foremost God’s people, and as such, we have to first and foremost concerned about HIS opinion about history now.

And before you jump in and say, “God obviously agrees with my view on the matter!” consider how many Jews have said that in the past, only to find out differently in the end. An opinion is only as good as the knowledge feeding it, and tragically, so many opinions have been formed with an incomplete understanding of what matters most to God. Adam HaRishon knew A LOT more than we did, and still got it wrong. Why are we so quick to assume that we haven’t?

As I have written about extensively, we have been, since 1990, in the period of history that corresponds to the hour during which Adam and Chava ate from the Aitz HaDA’AS Tov v’Ra, the infamous Tree of Knowledge of Good and Evil. We live in a remarkable generation of knowledge—da’as—because, like the first man and woman, our test is with respect to da’as. It’s a matter of what we know, and what we think about it.

And though you can fool people some of the time, yourself most the time, you can’t fool God ANY of the time. He knows our thoughts and reads our hearts. And every once it while He takes us to task for them, especially just in advance of a redemption, and how much more so before the FINAL one.

As this week’s Haftarah, the second of three before Tisha B’Av, says, “What wrong did your forefathers find in Me, that they distanced themselves from Me, and they went after futility and themselves became futile?” It also warns, “Your evil will chastise you, and your backslidings will reprove you, and you will know and see that your forsaking God your God is evil and bitter, and fear of Me was not upon you, says God, God of Hosts” (Yirmiyah 2:19).

Make no mistake about it, as so many have over the generations. We don’t read these words to remind us only about what once went wrong. We read them to remind ourselves about what can go wrong in any generation of Jews, no matter how modern or how smart. If we’re not on target with what God thinks about current history, then we have condemned ourselves to the results of past generations.

There are many who would rather shoot the messenger, and they have done so over the generations. But remember. It is absolutely amazing how a little of the “right” da’as can turn an enemy into a friend, and vice-versa. But it takes a REAL chacham to not only know this, but to act on it too.