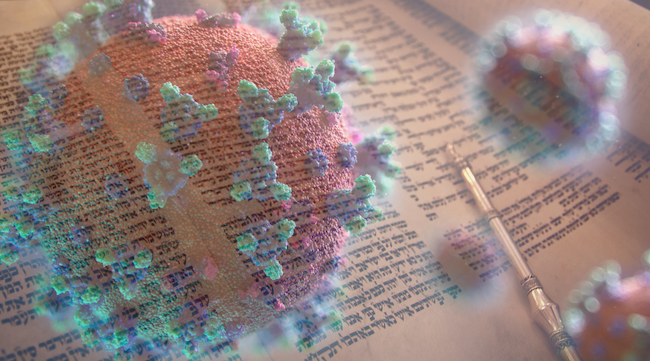 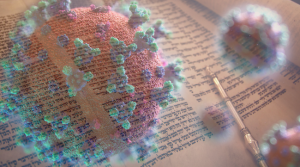 I call heaven and earth to witness against you this day: I have put before you life and death, blessing and curse. Choose life—if you and your offspring would live… (Devarim 30:19)

IT’S BEEN ABOUT six months since COVID-19 jolted the world into a different phase of history. With Rosh Hashanah just a week away, it should come upon us for good, it is time to take stock of what the virus has meant, and means, to the Torah world—if you haven’t already.

Personally, I have found that the more I know about the virus and related issues, the less I end up understanding. The virus itself still remains controversial, as do government responses to it. There is a lot of contradictory evidence and information, which has only made it harder for some people to take the spread of the virus seriously enough to follow the rules regarding social interaction.

I am going to start by admitting that this is a very biased approach. It is based upon the belief that God is not only real, but that He actively directs history. The assumption is that there is a very specific purpose for Creation, and that the Torah not only reveals what it is, it is the blueprint for Creation that makes everything possible.

And though there are almost eight billion people in the world today, and only about .000625 people who actually learn and live by Torah, history happens because of the ladder. This is what the Talmud warns: All punishment comes to the world because of the Jewish people (Yevamos 63a). PHYSICALLY, the Jewish people have NOTHING to do with the Wuhan, US backed coronavirus. But SPIRITUALLY, the Talmud says, we have A LOT to do with it.

A good analogy is a hospital. A hospital needs to be a sterile environment so that the people who come to be healed there and those who help them do that do not become sick. There are a lot of very educated and important people—scientists, doctors, expert committees—who address the issue, and devise methods to try and make sure that the hospital environment is as germ-free as possible. Then they hire companies who are experts in their field to implement their programs.

But at the end of the day, success in keeping the hospital a safe environment often comes down to someone who may have no college degree, usually a lot less schooling than the experts, and a salary that reflects his position on the totem pole of authority: the janitor. It will be their conscientiousness at performing their job that will determine the level of sterility of the hospital he has been hired to clean.

And though it may take a lot of doctors and nurses to keep a good hospital up and running, it only takes a handful of well-trained and responsible janitors to keep it sufficiently clean. Similarly, it may take eight billion people to help this world do its thing, but it takes but one small nation who takes Torah life seriously to maintain it, and to protect it from harm.

So as the rest of the world, including many Jews, looks at the events of history from a secular perspective, meaning random and without much spiritual meaning, the Torah world is supposed to see things differently. The rest of the world may become mired in the politics and concerned only with the impact on the economy and such, but the Torah world really only has one question to answer: How is this impacting the learning of Torah and the performance of its mitzvos?

The answer to THIS question impacts three levels of living. First of all, there is the impact on the individual. Are they learning more, the same amount, or less of Torah? Has the current crisis allowed them to perform mitzvos as necessary, or has it interfered with this? Some people need the support of their community to help them fulfill their Torah responsibilities properly, or at all.

And even if many individuals are surviving spiritually unscathed, there is the issue of the nation as a whole. As the Torah points out in this week’s parsha, every Jew is a guarantor for their fellow Jew (Rashi, Devarim 29:28). How many minyanim have not occurred since the virus sent people away from shuls? How many Kaddishes, etc. that could have been said were not said? How much holiness that is usually generated by congregations never happened?

The third level is really a function of the first two. There are a lot of people out there who claim to be atheists or at least agnostics. They have no respect for God or religion. But that doesn’t change the fact that their lives depend upon both, and that quality of life is a function of the level of holiness being generated on a moment-to-moment basis.

These are not the issues that Congress or other kinds of governments ponder, but they are the only ones that really matter. As the Talmud says:

Rebi Yochanan said: Woe to the nations of the world that lost something and do not know what they lost. When the Temple is standing, the seventy bulls sacrificed on the altar during the festival of Succos atones for them. And now that the Temple is destroyed, who atones for them? (Succah 55b)

It helps to recall that history is about the war between good and evil. Good is the side that fights for God and the implementation of His will. Evil is the side that either consciously or unconsciously helps the Sitra Achra interfere with this. Yes, there are a lot of very ambitious and politically powerful people out there causing a lot of spiritual and physical harm. But just like the snake in the Garden of Eden, they are only “stooges” for the Sitra Achra.

The Sitra Achra is the one really calling the shots for the other side. He is the only REAL enemy of truth, though we may find ourselves seeing mortals whom he has employed to carry out his plan. And that plan is to disrupt the learning of Torah and performance of mitzvos as much as possible, and reduce holiness in the world. The more he can do this, the longer it takes for redemption to occur, and for him to finally be annihilated.

From THIS perspective, coronavirus has really helped the cause of the Sitra Achra. Yes, it has brought out some previously unseen levels of chesed. But how many times have Torah partners been diverted from their learning to discuss the virus and its impact again, and again, and again, etc.? How many mitzvos have Jews been held back from performing, or performing to the level usually possible, because of health restrictions?

The whole thing could be as real as health officials say, or as big a conspiracy as conspiracy theorists claim. It’s probably a combination of both. But does it really matter in the end? All that really concerns us is the net impact on the Torah world and kedushah—holiness—from the virus or related issues…or ANY issue that somehow distracts a Jew from their main purpose in life.

When the Angel of Death came for Dovid HaMelech’s soul, he failed. Dovid just kept learning Torah, and that protected him from Satan and rendered the latter powerless. So the Satan made the leaves rustle in a nearby tree, thereby distracting Dovid long enough to take his soul. Dovid died that day climbing a faulty latter to check out the source of the noise.

On the surface of it, it was the moving branches that caught the king’s attention. It was the weak rung in the ladder that caused him to fall and die. And had he not been so frail, then perhaps he would have survived the incident with only a temporary injury. At least that’s the way it may have looked, at least on the surface.

In the end, it was simply the Sitra Achra who had come to take the soul of Dovid HaMelech, and who was repelled by the kedushah Dovid’s learning generated. It was the Sitra Achra who then distracted the king to break his concentration and weaken his connection to Torah. Once that was accomplished, the door was open for the Sitra Achra to take what he had come for, chalking up one more victory for the bad guys.

Real or not, safe or dangerous, accidental or planned, the net effect on the Torah world has been spiritually VERY costly, and right in advance of Rosh Hashanah as well. With but one week left until Yom HaDin HaGadol, we need to focus, REALLY focus. The world is suffering because of a lack of it, and though we may be one of the last to feel it, we are usually the ones to feel it the worst.

Time to fight back.

Time to push back.

Time to take stock of how much we have been distracted by the events of the last six months, and get back on track. As the Talmud says, there are some who acquire their world after many years, and some who acquire it in a single moment (Avodah Zarah 10b). We still have some of those left, thank God. Seize them now, on behalf of yourself, your nation, your world. That is really choosing life.