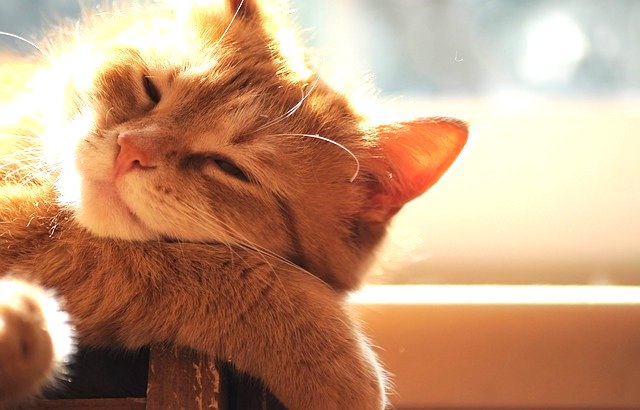 Day In The Sun 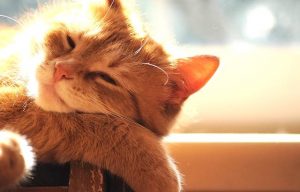 Listen, O heavens, and I will speak! And let the earth hear the words of my mouth! (Devarim 32:1)

ONE OF THE most famous stories in Tanach is when Yehoshua managed to have the sun stand still so that he could finish his battle against Ai during daylight hours. I tried doing that so that I’d have more time for Minchah, but it didn’t work. Just kidding. He, however, DID succeed, and got 36 hours out of his day.

He wasn’t the only one to pull that one off. Apparently, he learned it from his teacher, Moshe Rabbeinu. He too needed to extend the day to complete his battle before sundown, and asked God for the “favor,” which was granted, though it is obviously far less famous than the miracle done for Yehoshua. As the expression goes, “Like father, like sun.” Sorry.

Perhaps even more remarkable is that the same kind of miracle even happened after the close of Tanach, long afterwards. It was during the time of the Second Temple, and the story goes like this:

Once all the Jewish people ascended for the pilgrimage Festival to Jerusalem and there was not enough water for them to drink. Nakdimon ben Guryon, one of the wealthy citizens of Jerusalem, went to a certain gentile officer and said to him: “Lend me 12 wells of water for the pilgrims, and I will give back to you twelve wells of water. And if I do not give them to you, I will give you twelve talents of silver.”

The officer set him a time limit for returning the water. When the set time arrived and no rain had fallen, in the morning the official sent a message to Nakdimon: “Send me either the water or the coins that you owe me.”

Nakdimon sent a message to him: “I still have time, as the entire day is mine.”

At noontime the official again sent a message to him: “Send me either the water or the coins that you owe me.”

Nakdimon sent a message to him: “I still have time left in the day.”

In the afternoon he sent a message to him: “Send me either the water or the coins that you owe me.”

Nakdimon sent a message to him: “I still have time left in the day.”

The officer ridiculed him, saying: “Throughout the entire year rain has not fallen, and now it will rain?”

He entered the bathhouse in a state of joy, anticipating the large sum of money he was about to receive. As the master entered the bathhouse in his joy, Nakdimon entered the Temple in a state of sadness. He wrapped himself in his prayer shawl and stood in prayer. He said before God: “Master of the Universe, it is revealed and known before You that I did not act for my own honor, nor did I act for the honor of my father’s house. Rather, I acted for Your honor, so that there should be water for the Festival pilgrims.”

Immediately the sky became overcast and rain fell until the 12 cisterns were filled with water, and there was even more water, so that they overflowed. As the master left the bathhouse, Nakdimon ben Guryon left the Temple. When they met one another, Nakdimon said to him: “Give me the money you owe me for the extra water you received.”

The official said to him: “I know that The Holy One, Blessed Is He, has shaken His world and caused rain to fall only for you. However, I still maintain a claim against you, by which I can legally take my coins from you, as you did not pay me on the agreed date, for the sun had already set, and therefore the rain fell onto my property.”

Nakdimon went back and entered the Temple, wrapped himself in his prayer shawl, and stood in prayer. He said before God: “Master of the Universe, let it be known that You have beloved ones in Your world.”

Immediately, the clouds scattered and the sun shined. At that time, the master said to him: “If the sun had not broken through the clouds, I would have had a claim against you, by which I could have taken my coins from you!”  (Ta’anis 20a)

An interesting story, to say the least. But there is another, and in this one, the sun not only did NOT stand still, but it blazed against Avraham Avinu who had been recovering from Bris Milah. In spite of the intense heat of the day, Avraham went outside looking for wayfarers to tend to, in spite of his weak condition. The mitzvah of taking care of guests, which the Talmud compares to receiving the Divine Presence, was too important for Avraham Avinu to push off for his recovery. God had made the day hot to push Avraham back in his tent, but Avraham pushed back the sun to stay ready for the mitzvah.

This is not an incidental story. It is a fundamental one. Indeed, the Talmud states:

There is no Gihennom in the World-to-Come. Rather, the Holy One, Blessed Is He, will remove the sun from its sheath, and the righteous will be healed by it and the wicked will be punished by it. (Nedarim 8b)

Why the sun, of all things? The answer is in this week’s parsha, right at the beginning:

Listen, O heavens, and I will speak! And let the earth hear the words of my mouth! (Devarim 32:1)

…Why did [Moshe] call upon heaven and earth to be witnesses [for warning Israel]? Moshe said: “I am [just] flesh and blood. Tomorrow I will die. If the Jewish people say, ‘We never accepted the covenant,’ who will come and refute them?” Therefore, he called upon heaven and earth as witnesses for Israel-witnesses that endure forever. Furthermore, if they [the Jewish people] act meritoriously, the witnesses will come and reward them: “The vine will give its fruit, the earth will yield its produce, and the heavens will give their dew” (Zechariah 8:12). And if [the Jewish people] act sinfully, the hand of the witnesses will be upon them first [to inflict punishment upon them]: “And He will close off the heaven that there will be no rain, and the soil will not give its produce” (Devarim 11:17), and then [the verse continues]: “and you will perish quickly” (that is) through [the attacks of] the nations. (Rashi)

The heavenly bodies, and especially the sun, work for God. They “watch” what we do, and how, and bear testimony before the heavenly Bais Din regarding our worthiness, or lack of. This impacts the outcome of our judgment, and the direction of history in the upcoming year. Their responsiveness to the needs of the Jewish people indicate the spiritual status of the nation at any given moment in time.

The sun certainly took note of Avraham’s devotion to God’s ways on his third day after his Bris Milah, and became sympathetic to him and his descendants down through the years. Well, at least to those, like Moshe Rabbeinu, Yehoshua bin Nun, and Nakdimon ben Guryon who walked in the ways of God, like Avraham before them, and who were more worried about sanctifying God’s Great Name than their own.

This is probably why the sun figured prominently in the following story about the gentile world after history is done, and reward and punishment is being decided by God:

The gentiles [will later] say before Him: “Master of the Universe, give us the Torah afresh and we will perform its mitzvos.”

The Holy One, Blessed Is He, will say to them in response: “Fools of the world! Do you think you can request this? One who takes pains on Erev Shabbos will eat on Shabbos, but one who did not take pains on Erev Shabbos, from where will he eat on Shabbos? The opportunity for performing mitzvos has already passed, and it is now too late to ask to perform them. But even so, I have an easy mitzvah to fulfill, and its name is succah; go and perform it.”

…Immediately, each and every gentile will take materials and go and construct a succah on top of his roof. And the Holy One, Blessed Is He, will set upon them the heat of the sun in the season of Tammuz, and each and every one who is sitting in his succah will be unable to stand the heat, and he will kick his succah and leave…” (Avodah Zarah 3a)

Even the Talmud questions the fairness of God’s response to their fulfillment of the “mitzvah.” But it answers that the test was not to see if they would endure the extremely hot sun while in the succah. It was to see how they would react to the incident on the way out, either accepting that the problem was with them, or with God. Kicking the succah on the way out revealed that they did the latter.

The hot sun they felt was the one that judges the evil to the side of punishment. It remained to testify against them, about how they used, or rather abused their free will while they had it. We may not take much note of it, or any of the heavenly bodies that affect the quality of life, but they take note, so-to-speak of us all the time. Moshe told them to keep an eye on us ever since, and their testimony is currently being received in Heaven in our favor, or against us.

We may seem to be okay, from our perspective, by how we have used our time on earth. But what about from their perspective?