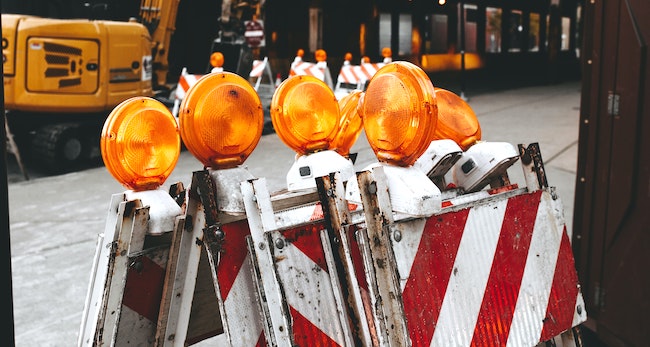 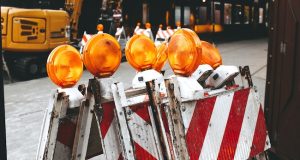 THE THREE WEEKS are upon us, again. Every year we are warned to be extra careful between the 17th of Tammuz and the Ninth of Av, because it is a time of strong din, of stricter Divine judgment. It is not a good time for a Jew to take any unnecessary risks.

But this year is different, and not in a good way. Gone are the peaceful and pleasant years. There is chaos, anarchy, and the truth is both ignored and despised. On the surface of it, this is being touted as a fight for equal rights. But a few pointed questions reveal there is something far more nefarious going on, and the man protesting on the street is just providing a means to someone else’s end.

Uncannily, Hitler did the same thing in the early 1930s. He was perceived, in the beginning, as the man of the people. He promised jobs, wealth, national dignity, in short, everything the people at the time pined for. Even his party name, “National Socialist German Workers’ Party,” pandered to the masses. Of course they supported him and put him into power. He was their messiah.

And to encourage people to support him, he went out of his way to make the previous German leaders seem inept and part of the problem. Then he created chaos and anarchy so that the people would have reason to turn to him as their savior. Even the Jews initially gave their future murderer their support.

Kabbalistically “Left” always means din—judgment. In the sefiros, it is the side of Din. It is the side on which the light of God, which is Chesed, is constricted. As the Talmud says, you bring someone close with the right hand, and push them away with the left one (Sotah 47a). When the Left rises, the world has entered a period of din, and has become increasingly more dangerous for anyone who opposes it.

That may be politically incorrect, but is 100 percent kabbalistically accurate. It has to do with the sefiros, and the way God built Creation.

When we look at a car, for example, we don’t even imagine everything that went into making it. It’s as if our minds accept the idea that the car just poofed into existence, the way it is with all of its thousands of intricate details.

Not a car manufacturer though. He knows that all the metal used in the car had to be quarried first, and smelted. All the many individual parts had to be molded precisely, especially for the engine. He is aware of all the engineering necessary to make sure that the car not only exists, but that it works as advertised time-after-time. When someone who builds cars sees one, he sees everything that went into making it.

Some people go even further. They not only want to know the place from which the original materials came, but how. What made them what they are? How did they evolve into what they have become? What are the forces at work in Creation that result in what exists and is available for our use? When they look at a car, they may see all of that too.

But even that is not the end of the story. It may end the physical part, but not the metaphysical one. We know that everything ultimately is just energy, and energy is not physical at all. It may operate in the physical world, even make it work, but it itself is not physical, though scientists do not know what it is.

Kabbalists do. Energy is the light of God which constantly flows into this world to maintain, and sustain every last part of it. It’s long and complicated, but the system God built to make it all happen is called the sefiros, of which there are 10. For very specific reasons, the sefiros are ordered into three rows, the right being the line of Chesed—Kindness, the left being the line of Gevurah—Strength, and the middle being the line of Rachamim, or mercy.

The right one, the side of Chesed promotes the flow of Divine light into Creation, perfecting it. It’s what makes the Presence of God palpable. The left side prevents the light of God from entering the world, to allow evil to exist and to make judgment possible. It’s what makes the world seem to so Godless at times. The middle line balances between the two sides, tempering both the Chesed and the Gevurah.

At the end of last week’s parsha, God was protective of the Jewish people, stopping Bilaam from cursing them. Even Bilaam was forced to praise the Jewish nation, which remained protected and happy in the camp below. Chesed flowed into the world strongly at that time.

Soon after, Bilaam and Balak sent the women of Midian into the Jewish camp, and terrible sinning followed. God responded with a plague while the Sanhedrin executed the idol worshippers. When Pinchas stepped in and took action against Zimri and Cosbi, he caused Divine mercy to follow. The plague stopped, as did the idol worship and capital punishment.

When Shlomo HaMelech sat on the throne, Chesed ruled history. When the Temple was later destroyed, it was a time of Gevurah, and even the righteous suffered. As the Talmud explains, righteous people cause God to get up from His throne of judgment and move to His throne of mercy. The evil of history causes the reverse, and once that happens, EVERYONE has to watch out.

Kabbalistically, what we call the “Three Weeks” already existed prior to Creation. In the process that led up to Creation, it was a time when God’s light was pulled back, to create a desired result. Apparently this was not a one time thing, as the spies found out, when they went out at that time. As a result, they failed at their mission, caused their own horrible demise and 40 years of wandering, and the eventual destruction of the Temples.

Even in the best of times when the sun shines down on mankind, the Three Weeks are a particularly precarious time for the Jewish people. How much much more so when things are happening to promote dishonesty, greed, selfishness, anarchy, and overall destruction. How much more so again when so many people watch it happen and can’t see the harm being done.

True, we’re supposed to have trust and faith in God at all times. We’re not supposed to be constantly looking over our shoulders to make sure we’re not being followed by harm. But Jewish history is also true, VERY true. It reveals many times when, in spite of that trust, we still met harm along the way.

That itself requires explanation. For the time being, it’s important to know, that we’re entering a period of the year when Gevurah and Divine judgment is strong, at a time in history when Gevurah apparently has the upper hand. It doesn’t mean be paranoid and lock yourself away. But it does mean that the situation should not be taken as “lightly” as it may have been in previous years.

As we learn from the Flood, it is a time to have as much “chayn” as possible. That’s what saved Noach’s life at a time of strict Divine judgment, and by chayn, we don’t just mean smile more. It means let you soul shine as much as it can where it should, like in prayer for example, or when doing kindnesses for others. We’re always supposed to be self-sacrificing for God, but at times like this, more than ever.

May God have mercy on His world, and allow His light to shine through, stopping the Gevuros in their tracks. And may we all pass peacefully from this period of history to the next, when Moshiach will come and right all the wrongs, and warrant Divine mercy for all of mankind.