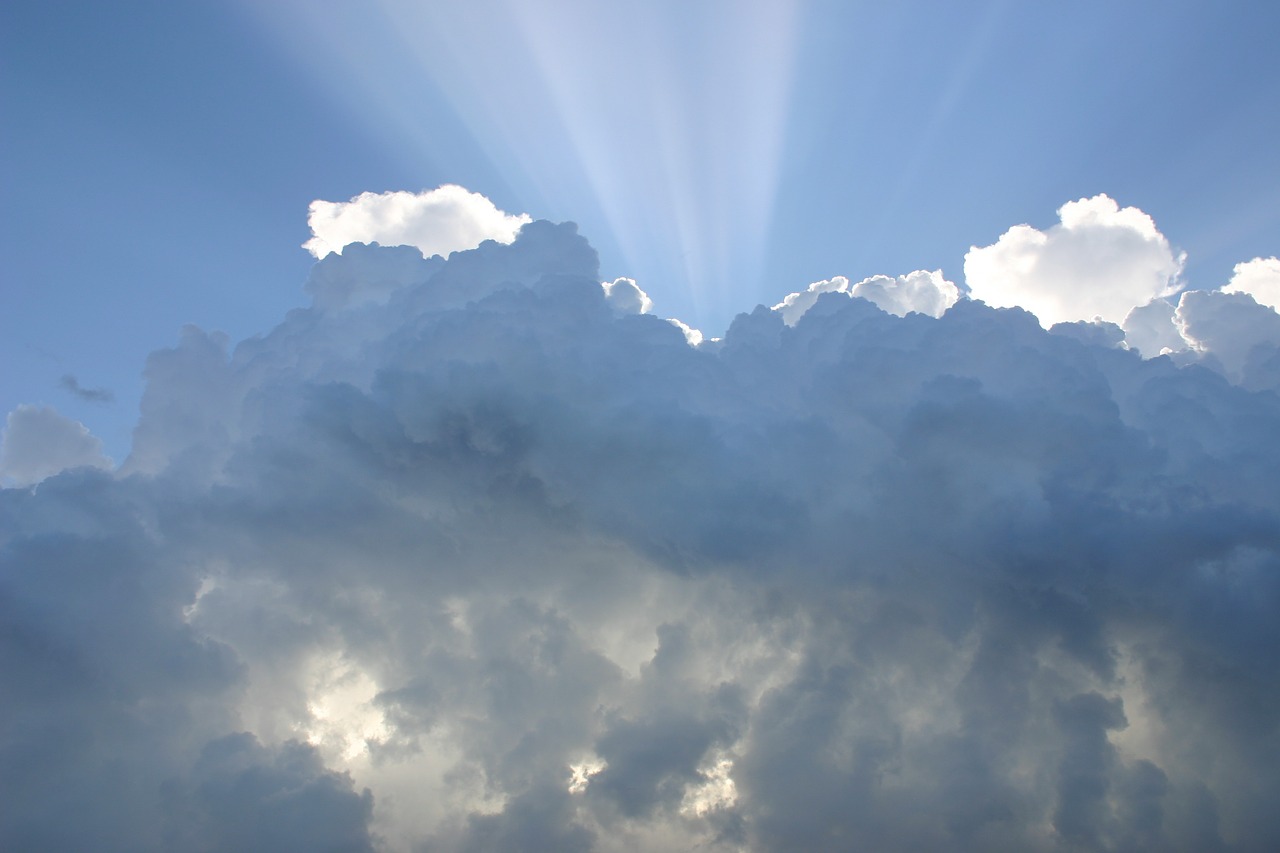 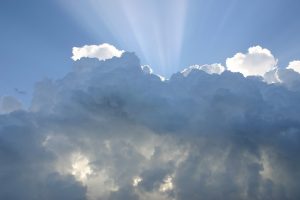 We read in our Parashah that Moshe Rabbeinu told Bnei Yisrael (26:16), “This day, Hashem, your Elokim, commands you to perform these decrees and the statutes, and you shall observe and perform them with all your heart and with all your soul.” Rabbeinu Bachya ben Asher z”l (Spain; 1255-1340) writes: At this point, Moshe Rabbeinu had been teaching the Torah for 40 years; how could he say, “This day, Hashem, your Elokim, commands you”? Midrash Tanchuma answers: “The commandments should be beloved to you as if they were given today.” Another Midrash, notes Rabbeinu Bachya, derives a similar lesson from another verse: “They should be new in your eyes as if they were given at Sinai today.”

Rabbeinu Bachya continues: Both lessons are necessary; they should be “beloved” and “new.” Man’s nature is that what he can see, he remembers, and what is hidden from sight is forgotten. The signs and wonders [that the generation of the Exodus saw] do not endure forever. Therefore, as the generations pass and man’s heart follows the things that his eyes can see, he must be reminded to keep his faith firmly planted in his heart, especially in the exile. We are taught that the words of the Torah are “beloved” so that we will not want to transgress them. And, we are taught to keep them “new” so that the signs and wonders that accompanied the Giving of the Torah will remain fresh in our minds.

Lavan wanted to destroy Yaakov spiritually, not physically. This was his intention in giving Yaakov his two daughters as wives, so that they (he thought) would be negative influences on Yaakov. Lavan also expected his grandchildren to feel loyalty toward him and to undermine Yaakov’s faith and teachings. All of this is alluded to in Lavan’s statement (Bereishit 31:43), “The daughters are my daughters, the children are my children.” He wanted them to be his family, not the family of the Patriarchs Avraham, Yitzchak and Yaakov. (Midrash Ariel)

R’ Ovadiah Sforno z”l (Italy; 1475-1550) interprets: “My father Yaakov was an Aramean headed for destruction,” homeless and unable to found the nation that would inherit the Land. (Be’ur Ha’Sforno)

He continues: Simcha / joy is the key to attaching oneself to Hashem. Without simcha, a person cannot have even the smallest connection to G-d. Service of Hashem without simcha is like a body without a soul.

Because simcha is so important, the Yetzer Ha’ra works extra hard to spoil it, notes the Vizhnitzer Rebbe. This includes blurring the line between joy and frivolity as well as between humility, on the one hand, and self-deprecation that leads to depression, on the other hand. Indeed, Chassidic sources teach that the Yetzer Ha’ra derives greater satisfaction from a person’s feeling of depression after sinning than from the sin itself.

The Vizhnitzer Rebbe concludes: Serving Hashem and studying Torah require simcha. And, the very fact that a person has the opportunity to serve Hashem should itself be a source of simcha. (Yeshuot Moshe: Ma’adanei Ha’shulchan)

“Your life will hang in the balance, and you will be frightened night and day, and you will not be sure of your livelihood.” (28:66)

Rashi z”l comments on the last phrase: “This refers to one who must rely on the baker.”

R’ Avraham David Wahrmann z”l (1771-1840; rabbi of Buchach, Poland; prolific author) notes that our Sages make seemingly contradictory statements about the degree to which one should try to earn more than his immediate needs in order to save for the future.

On the one hand, the Gemara (Sotah 48b) states: “Do not worry tomorrow’s worries. A person who says, ‘What will I eat tomorrow?’ is lacking faith.” Hashem taught us this by having the Mahn fall every weekday rather than a multi-day supply at one time. Midrash Tanchuma comments: He who created each day also created its sustenance.

On the other hand, Mishlei teaches (6:8; see also 10:5) that one should emulate the ant, which stores food in the summer for the winter. One who must buy his bread every day is living a curse [as Rashi comments on our verse]. Along these lines, the Talmudic Sage Rava told his students, “Do not appear before me in Nissan and Tishrei [the months of planting and harvesting] so that you will not be distracted the rest of the year.”

The resolution to this seeming contradiction, writes R’ Wahrmann, is that one is permitted to behave in the way that is normal in his country and for his occupation. If one lives in an agricultural economy, he must, of course, plant in the planting season and harvest in the harvest season. But, in a society where food is readily available, one should not worry about the future more than is normal. For example, a merchant who makes his living selling seasonal items and who earned enough during the previous season to sustain himself through the off-season should not be worrying about the future. What would be the purpose, since, in any event, he cannot earn more money during the off-season? Therefore, for example, he should not withhold funds that could be used for charity out of fear that next season might be less profitable and he will need to live off his savings. (Kuntreis Chazon La’mo’ed: Drush 1)

R’ Mattisyahu Solomon shlita (Mashgiach Ruchani of Beth Medrash Ha’gadol in Lakewood, N.J.) observes: Some people claim that they would like to have Bitachon / trust in Hashem, but that they are incapable of trusting in anyone or anything. Such people are merely fooling themselves, for everyone trusts in something. Some place their trust in their wealth, some in their brains, some in their strength, etc. Everyone trusts in something, so everyone can trust in Hashem. (Matnat Chelko: Sha’ar Ha’bitachon p.5)

The Gift of Elul

R’ Yitzchak Luria z”l (“The Arizal”; 1534-1572) teaches: The Creator, blessed is His Name, brought the month of Elul to whomever sinned during the year so that he can repent and be re-accepted. About this month it is said (Tehilim 145:18), “Hashem is close to anyone who calls Him.” (Sha’ar Ha’psukim: Parashat Mishpatim)

R’ Yitzchak Traube shlita (Yerushalayim) elaborates: The anonymous 13th century work Sefer Ha’chinuch (Mitzvah 311) writes that, because of His immense love for us, Hashem gave us a great gift and established a Day of Judgment every year. In this way, the quantity of our sins is smaller than it would be if He judged us only at the end of our lives, and we can be forgiven more easily.

Extending His kindness even further, Hashem gave us the month of Elul, during which He inspires us to repent and helps us to recognize what we must repent for. In this way, we will arrive at the Day of Judgment already cleansed. Hashem does not want us to worry excessively on the Day of Judgment, which is why Rosh Hashanah is observed by eating meat and drinking wine as is any other Yom Tov.

Armed with this perspective, a person will not look forward to the end of the period from Rosh Chodesh Elul until Yom Kippur. To the contrary, he will look forward to this period, and every one of its 960 hours will be a time of immense satisfaction.

The Gemara (Rosh Hashanah 32b) relates that the angels asked Hashem why we do not recite Hallel on Rosh Hashanah (as we do on other festivals). Hashem answered: “The books of life and death are open; how can one recite Hallel?” Nevertheless, notes R’ Traube, the fact that the question was asked demonstrates that Rosh Hashanah is a day when Hallel has a place, for the reason explained here. (Mesilot B’ohr Ha’chassidut: Mo’adim Vol. III, p.21)