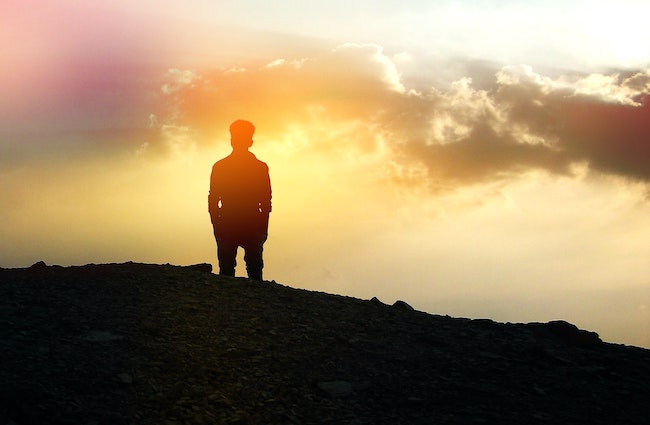 Not So Alone After All 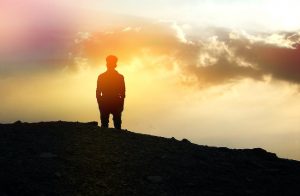 But, if the kohen looks at it, and there is no white hair in the baheres, and it is not lower than the skin and it is dim, the kohen shall quarantine him for seven days. (Vayikra 13:26)

IT CONTINUES TO be ironic how the parshios have something to say about the current situation, perhaps this one more than others. These parshios are the only ones that discuss the halachos that lead to “biddud—isolation.” It is the technical word used for quarantine here in Israel, and the one the Torah uses for the person who gets tzara’as, physical leprosy for spiritual reasons.

As Rashi later explains, isolation of the metzora was measure-for-measure. For distancing others from one another through loshon hara—derogatory speech—the metzora was socially-distanced from others by going into isolation. It was supposed to make them personally feel the impact of their words and cause them to do teshuva.

Of course, such laws would not work today, unless the Bais Din also denied the metzora all access to social media. Today you can go into your own closest and still attack others via the social media network, as long as you have an Internet connection or good phone reception. To REALLY be in biddud today, a person would have to leave behind all of that, or at least greatly limit it to official business alone.

There’s another aspect of biddud as well, at least for the Torah Jew, that not too many are considering. Personally, I missed it until now, focusing only on my inability to be part of a minyan, and not so much on the place in which the minyan was occurring, in a SHUL. Perhaps that is one of the reasons why we have lost access to it.

The Talmud states that since the destruction of the Temple, the “shul” has become somewhat of a minuscule replacement for it. There is no ACTUAL replacement for the Temple, but we need something in the meantime, to keep us connected to the idea of one. That has been the Beis Knesses, the synagogue, the shul, so that when we finally DO get our Temple back, it should be quickly in our time, we’ll still be familiar with the idea of a place that God “inhabits.”

Of course, most shul-going people are aware of the necessary decorum of a such a holy place, though they may forget themselves from time-to-time. It’s difficult enough to hold God in your mind while praying. Holding Him there even during non-prayer times is even MORE difficult for many.

Besides, is God REALLY there? Isn’t the whole idea just a “zecher,” something we do to remember what it once was like? Everyone knows we’re living in a time of “hester panim.” The Shechinah long ago withdrew to higher planes of existence. What aspect of God’s Presence is LEFT, to give shuls such an elevated status, that we should treat them like the miniature temples they’re meant to be?

We could get Kabbalistic at this point and blow away the whole concept of space and time, but that would get intellectually messy. Besides, the point can be made in simpler terms, and that’s good enough for this discussion.

There is something in Kabbalah called a “roshem.” Basically, the word means “impression,” as in, the person made a good impression on others. Kabbalah teaches that when it comes to things of holiness, these always leave some kind of holy impression wherever they go. So, yes, if you doven mincha at the bus station or at an airport, even without a minyan, the kedushah—holiness—you created while there remains after you have left. Anyone who walks through it will get a burst of holiness, the amount depending upon how much was created in the first place.

This is a fascinating concept with a lot of corollaries. But the main point is that once there is kedushah in a particular place, it can never really leave that place completely, even if its source has. Therefore, even if God has withdrawn from the lower levels of Creation, His roshem remains behind ALWAYS where He was.

But there is more, and the Talmud alludes to this. When it says that a shul is a “Mikdash Miat,” a miniature Temple, it is not speaking figuratively only. It is saying that every time a shul opens up anywhere in the world for the right reasons, it is endowed with some of that roshem. It is imbued with some Temple holiness…which is why it is SO important to maintain the sanctity of the place.

It is also why the Talmud says that in the Messianic Era, the shuls will fly to Eretz Yisroel from all over the world. It is their Temple sanctity that makes them relevant to Eretz Yisroel, but ONLY if it was a place that the Shechinah could inhabit. If people did not conduct themselves in the “shul” as necessary to host the Shechinah, then it will never have received its holiness or connection to the Messianic Era.

I never really thought much about any of this, until now. At first I thought that it was the minyan itself that I missed, which I do. But that wasn’t what carried me. If anything, it often frustrated me, going faster than I wanted to go.

Rather, it is the Shechinah that carries each of us who come to its place of “residence” to pray or for any other holy activity. Walk through the doors of an official shul, even if in someone’s basement, and you are welcomed by the Shechinah itself (Brochos 9b). Then as you pray it prays with you, strengthening you, allowing you to draw on it as a source of spiritual energy if you make the effort to put yourself into your tefillah.

Perhaps this is a major part of the biddud of the Metzora. Would you speak loshon hara if you knew God was listening in? Of course not. But then again, isn’t He ALWAYS listening in? Of course He is. Then how did you speak loshon hara? Because you forgot that He was there alongside you the entire time, since His glory fills the entire world at ALL times.

There is more. Tzara’as was an affliction of the skin, because that is what changed as a result of the loshon hara of the snake back in the Garden of Eden. Adam’s skin went from spiritual light to physical skin, and the world became more material as a result. He had acted as if God wasn’t there, and his change of skin was the result. The speaker of loshon hara acts as if God isn’t there, and gets a skin affliction as their consequence.

It is a message to take to heart at this time of “biddud” without even getting into what might be the measure-for-measure of this current pandemic, which is questionable. But we do know one consequence: solitary confinement and social distancing. It may not only be about the wronging of other people as much as people acting as if God doesn’t exist, or doesn’t care about what they do. He does. And He’s EVERYWHERE at ALL times.

We’re going to find this out sooner or later. If sooner, then things just might get better. If later, then expect things to…