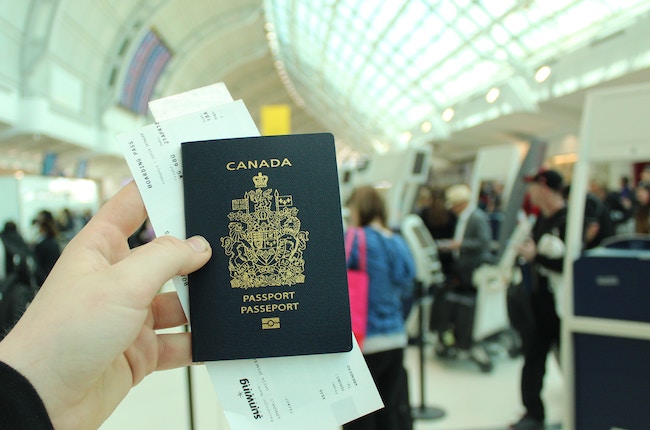 Journey Without A Passport 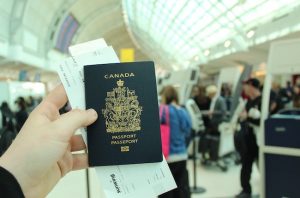 Ya’akov called for his sons and said, “Gather and I will tell you what will happen to you at the end of days.” (Bereishis 49:1)

IT ALL STARTED when I decided to make sure my passports were up-to-date. I had stopped traveling outside of Eretz Yisroel for a couple of years already, and hadn’t needed them for a while. But as family gets older, you never know when you might have to make a quick trip, and updating passports takes time. So I decided to check out my Canadian passport, since I had already renewed my Israeli passport the previous year.

To not misplace them, I usually left my Canadian and Israeli passport in an inside pocket of my computer bag. Since I always took that bag on the plane with me when I did travel, I left them there even when not traveling. And I always kept my bag in a specific place so I would know where it was at all times.

The first time I thought of this and looked for my bag, I could not find it. It was not in its traditional place, nor close by. I did a light check in a couple of other possible places, but did not find it. Not wanting to spend any more time, I abandoned my search for the time being, assuming that a more thorough look would reveal it to me.

I considered looking for it again a few more times, but it wasn’t until I decided to accept a speaking invitation in the States that I began to hunt in earnest. I was certain that it had to be in my house somewhere, since I rarely used my computer  outside of the house. Theft seemed out of the question because not too many outside people have come through our home over the years, at least that I could remember.

One of the rooms that I know I had brought the bag to was full of things, and it seemed a good chance that if I could not find the bag somewhere else, it could be buried underneath a bunch of stuff. But when we had occasion to clean that room shortly after, to my surprise and dismay, the bag was not there.

Of course I did the Rebi Binyomin segulah for finding lost objects. And though it has had some very interesting results in the past, even Rebi Binyomin could not find my bag for me. And even though I remain convinced that the bag is somewhere in my house, I had to consider getting replacement passports while I still had time.

The Israeli passport was easy to replace, b”H. I could do it close to home, and after filling out the proper paperwork, paying the fee again for the second time in two years, I received a replacement passport within a week. One down, one to go.

Canadian passports are only issued through the Canadian Embassy in Tel Aviv, about an hour from my home, depending upon the traffic going into Tel Aviv. According to a scan of my passport that I kept in my computer, I could have had to renew it in another year anyhow. I filled out the forms, including the one reporting that it was lost, paid the fee on line, and sent my documents by 24 courier service to Tel Aviv.

Ten days later, my envelope had yet to be delivered, and even worse, the post office had no idea where it was. The only problem is that it was the one time I had sent my original documents in, my Ontario birth certificate and driver’s license, instead of photocopies. I had not read all the small print in the instructions, and forgot to have my guarantors sign copies of both sides of each document. To save time, I sent in the originals.

Now I had to wonder if someone at the post office had felt the identification pieces in an envelope addressed to the Canadian Embassy, and stolen them. Was someone running around using my identity for all kinds of diabolical schemes, like the stories talk about?

After pressing the post office, they finally found it, b”H, and told me that it was out for delivery. Weird, but at least that episode was over. Now I just had to hope that the Canadian government would not cause any problems for me, because the clock was ticking.

In the meantime, the people bringing me over to the States wanted to lock in my flights, so we booked them. In which name? The name I always use, my English one, “Paul,” since that it is the name on my Canadian passport which I use outside of Israel. Didn’t even think twice about that one.

The Canadian Embassy contacted me the following week and said, for the first time, that they would need a scan of my Israeli passport, which, b”H, I had already received. I dutifully sent it off with a little note saying, “You will notice that my name on my Israeli passport is ‘Pinchas.’ That’s just my Hebrew name which I use together with my English name.”

A couple of days later, I received a reply from the embassy explaining that Pinchas on my Israeli travel document constituted an official name change. I would have to change my Hebrew documents back to “Paul,” a MAJOR headache, or receive documentation from the Misrad HaPanim, the Israeli Ministry of Interior, confirming my name change from “Paul” to “Pinchas.” It would also have to translated to English, and then notarized. Ching-ching. More money.

As I considered my two options, it occurred to me that it would be much easier to change everything to Pinchas once-and-for-all, than everything back to Paul. EXCEPT, I all-of-a-sudden realized, by newly booked plane ticket. I remembered once hearing that plane tickets, once issued, are non-transferable.

I called up the agent responsible for the booking and explained the situation. “That’s a catastrophe,” she told me. “The airlines will not let you change your name on the ticket now that it has been issued!”

Great. Not only did I not have a Canadian passport to go to the States, which would have necessitated paying for a visa as an Israeli citizen, but I didn’t have a ticket either. And if I had to book a whole new ticket from scratch in the right name, it would have eaten up most of my speaker’s fee. I was already racking up the expenses from taxis, etc.

I contacted KLM, my overseas carrier directly, about the situation. They politely told me that they could not help because the ticket was not purchased directly from them, but through an agent. So I called my agent again and pleaded with her to plead with them and see what they would be willing to do under the circumstances.

Not that much. Turns out that since my domestic carrier is different than my overseas operator, everyone’s hands are tied…to my pockets. All said and done, I had to pay a fine and cost for a more expensive ticket that is about one-third my speaking fee. OUCH. But at least I have a ticket, b”H, and at least it wasn’t for the FULL replacement value.

I still have not found my briefcase, and probably won’t until I have finished going through everything, so it can laugh at me while I cringe. I personally delivered my notarized document to the embassy last week, the highpoint being that I got to use the high-speed train between Jerusalem and Tel Aviv for the first time. It was great!  Quick, smooth, comfortable, and I got to work the whole  time both ways, b”H.

I am still awaiting my Canadian passport, but hopefully that is just a matter of another week or so, b”H. Once I have that, b”H, that part of the saga will finally be over. Hallelukah!

Well, kind of. Turns out that when I rebooked my ticket, I had to change airlines. Originally I was supposed to arrive in my host city by 2 pm, giving me about six hours until I have to speak that night. Now, instead, I will arrive at 6 pm, b”H, and if on time, I will have only TWO hours to get behind the podium and do what I was brought in to do.

So now I will be on pins and needles until I arrive, b”H, concerned about making people wait for me. And I will probably will have to only pack a carry-on to avoid any luggage hold ups at the other end, which means taking less clothes than I will probably need over a week.

What a story. Why have I had to go through all of this? There can be dozens of reasons, and whatever the right one is, it is ALL for the good. I really know that. But there is one really important thing to point out here, something that has been in my mind ever since the situation began to go south…WITHOUT my passport.

But it will have to wait until next week, b”H, and though it will address Parashas Shemos, it will address this week’s parsha as well. I didn’t drag you through my personal passport misery looking for “company.” If you want a hint to what I mean, take a look at the verse with which we began.