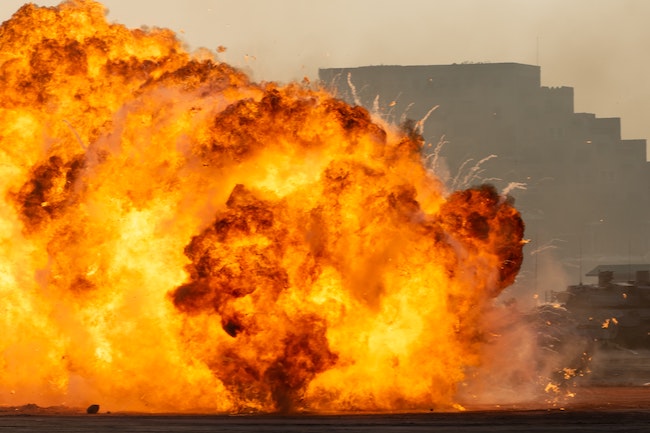 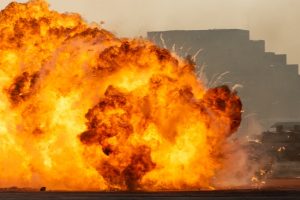 AS THE EXPRESSION goes, “Be careful what you wish for because you just might get it.”

On a speaking trip to the States about a decade ago, I was confronted by someone from the audience. I was trying to explain how what happened in Europe to the Jews could happen to the Jews spread out across the Western world today. He didn’t like that, and protested saying, “That could never happen in America!”

So I asked him, “You know that for a fact, or you HOPE that it is true?” He paused to think for a moment, and realizing that he had not based his opinion on solid evidence, he backed down…somewhat.

Realizing that he wasn’t going to abandon his opinion that quickly, and that others in the audience shared it, I asked him why he thought American Jewry was safer than pre-Holocaust European Jewry. He cited some observations and opinions, but each one had its parallel in pre-Holocaust history, and his argument lost its steam.

After that, I explained how antisemitism is not just another form of racism, but something more supernatural, and therefore, less predictable. I gave examples of how quickly in the past host populations have gone from being civil and friendly to their Jewish communities to being antisemitic and hostile. The argument, I had thought and apparently others as well, was pretty conclusive.

However, I did not hear from the “protester” the rest of the evening, nor did he stay around after to ask questions. I have no idea where he went after in his thinking, whether he took to heart what I had said, or just forgot about it once he left the talk. Unfortunately, it is only natural to not take danger seriously until it is too late to stop it, like when they come knocking on the doors to take Jews away.

At the right time, hope is an asset that can lead to great results. At the wrong time, it can be a death trap. Bilaam had really hoped that somehow he would be able to overcome all the obstacles to cursing the Jewish people, and become even more famous and richer. Instead he failed miserably, losing his reputation and then finally his life.

Likewise, for a decade as Hitler, ysv”z, rose to power, European Jews hoped that he would never become strong enough to make good on his plan to rid Germany, and then the world, of Jewry. And as the situation worsened, they had hoped that it would it would turn around for the better. Little did they know just how much worse it would get.

HE HADN’T HOPED blindly. Bilaam had understood that there were things he had to do to try and influence the outcome, to increase the odds that his hope could become reality. For example:

In the morning Bilaam arose, saddled his she-donkey and went with the Moabite dignitaries. (Bamidbar 22:21)

From here [we learn] that hate causes a disregard for the standard [of dignified conduct], for he saddled it himself. The Holy One, Blessed Is He, said, “Wicked one, their father Avraham has already preceded you, as it says, ‘Avraham arose in the morning and saddled his donkey’” (Bereishis 22:3). (Rashi)

So what? Avraham was not the first or last dignitary in history to have saddled his own donkey. What difference does it make if Bilaam did, and why is that another reason to criticize him?

Because, unlike Avraham, Bilaam was full of himself. He was egotistical that it was particularly unusual for him to degrade himself so. Furthermore, Avraham was on his way to do an act of great self-sacrifice, and saddled his own donkey to show his zealousness to fulfill the will of God. Bilaam was zealous to change the will of God, and go against it if necessary.

So why did Bilaam do it? Because his distorted perception of reality told him that if wanted to overcome the merits of the forefathers, he had to mimic them in his own way, for his own purpose. This is why he is called “wicked one,” because there is little more wicked than taking something that is meant for good and using it for bad.

Like building altars and offering sacrifices on them. In those days when gentiles did that, it was usually for idol worship. Balak and Bilaam offered sacrifices to God, normally a very holy and righteous thing. But Balak and Bilaam did it to curse the people that God had blessed, a very unholy and evil thing.

That was Balak and Bilaam. The Jews of the Diaspora have built shuls, chadarim, yeshivos, and chesed organizations for the right reasons. But these cannot become reasons to stay in golus when the time has come to leave, because then these start to exist for the wrong reasons. In Europe, most of them were destroyed, and there were some horrifying cases when Jews died trapped inside of them.

Sometimes we can “use” mitzvos to buy favor with God, and even use them to avert an “evil” decree. But other times doing so can have just the opposite effect, in particular if a decree is already set in motion. Then they can even worsen the situation.

WHILE WE CELEBRATE Bilaam’s failure to curse the Jewish people, we tend to forget his success. It was his plan to send the daughters of Midian into the Jewish camp that led to 24,000 from the tribe of Shimon dying from plague, and 176,000 being executed by the Sanhedrin for idol worship.

Though Bilaam was killed in the soon-to-follow battle against Midian, his “legacy” lives on past him until this very day. So many Jews today who reject Eretz Yisroel have no idea that the materialism that stands in their way of making aliyah, or even just wanting to, was Bilaam’s doing long, long ago.

That means getting the Jewish people to sin. If the Jewish people can be enticed to sin, then God will stop protecting them and they will become vulnerable to “natural” forces of destruction. It might be an invading army, or might be a plague, but either way, God will do something to express His displeasure about the spiritual deterioration of the nation.

Even though Bilaam was from Midian, as was Balak before he was “hired” to be king of Moav to deal with the “Jewish Problem,” Midianite women were chosen for a specific reason. The negative spiritual reality that drove their way of live was ta’avah, an innate desire for material pleasures. It was Midian’s specialty, and Balak and Bilaam knew it was the one “klipah” (negative spiritual trait) that could make Eretz Yisroel look less appealing to a Jew than the Diaspora.

THEY GOT TO witness one part of their plan working. The tribe of Shimon acted promiscuously with Midianite women and 24,000 died by plague. Others were enticed to idol worship, and 176,000 were executed by Bais Din. Had Pinchas not stepped in and killed Zimri in his famous act of zealousness, the numbers would have been a lot higher.

What they did not live to see was the tribes of Reuven and Gad, with half of the tribe of Menashe, later asking to live on the east side of the Jordan. All kinds of reasons are given for what they had been thinking, to make such a request after the original episode of the spies doomed them to 39 extra years in the desert. But the bottom line was a material one: the land east of the Jordan appeared to them to be better suited for raising their cattle.

Boom! That was it! The fulfillment of the dynamic duo of destruction’s plan. The requisite 600,000 males did not settle the land together, the redemption did not occur, and Reuven, Gad, and half of Menashe were the first tribes hauled off into exile when it finally came. And here we sit today, thousands of years later, waiting for the final redemption. Once again, materialism is the key issue for many who reject aliyah.

Some would argue that aliyah is a “Zionist thing,” and feel justified for avoiding it. The Zionists just made aliyah more fashionable in recent years, but aliyah has always been a Jewish thing, and the tendency to allow materialism to cloud the issue, a Bilaam thing. Ya’akov Avinu made that clear when he gave this world to Eisav on a silver platter, and only took what he “earned” in Eretz Yisroel down to Egypt with him.

Hachnasas orachim—having guests, as the Talmud says, is like welcoming the Shechinah, and a hugely important mitzvah, especially on Shabbos and Yom Tov. But making Shabbos and Yom Tov in Eretz Yisroel is Shabbos and Yom Tov on an even higher level. Besides, as we learn from Avraham Avinu at the beginning of Parashas Vayaira, if a person wants guests badly enough, God will make it work.

That goes for any mitzvah as well. It doesn’t really make sense that God would help a person move to His favorite land and then deny them a chance to do mitzvos while there. If anything, aliyah might mean a shift in priorities and an emphasis on different mitzvos that we have been used to focusing on. In the end, the only thing that counts is, that we have done what God wanted us to do, not what we wanted God to want us to do.

Therefore, even though Balak and Bilaam are long gone, their plan still lives on. And who knows, perhaps they have reincarnated, just as the generation of the desert and the Erev Rav have, to strengthen their old plan. And if we’re going to continue to be our own worst enemy, then we do Balak’s and Bilaam’s work for them, and pay the price for it as well.