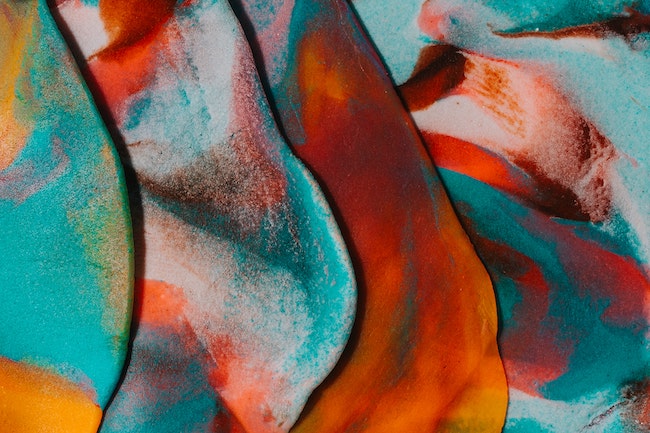 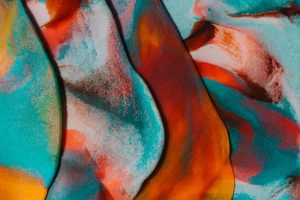 THIS IS one of the most exciting and dramatic parshios in the entire Torah, for so many reasons. It has so much to say, and so much to teach…about exile and redemption. It would be a mistake to view it only as a passive spectator. You have to become part of Klal Yisroel at that time, and experience the redemption as they did. Oh right, that’s the Pesach Seder.

One detail in this week’s parsha that did not make into the Haggadah Shel Pesach is an extremely important one, back at the beginning of our redemption from Mitzrayim, and now, at the end of it. After all, the final redemption is really just the completion of the first one, as it says:

As in the days of your exodus from the land of Egypt, I will show him wonders. (Michah 7:15)

That’s why, when God gave Avraham the prophecy about the exile of his descendants, He only alluded to one, Golus Mitzrayim. He didn’t mention the Babylonian and Median exiles, or the Greek and Roman exiles, the latter still ongoing. All of them only became necessary because we left Egypt 190 years earlier than had been prophesied, just to survive.

Hence, the Ben Ish Chai said that the phrase, “Keitz HaYomim—End-of-Days” alludes to this. The gematria of “keitz” is 190, to tell us that all of the time since first leaving Egypt back in Moshe Rabbeinu’s time, until the Final Redemption for which we still wait, is just the end of the 190 years that we got off for “bad” behavior. They have been spread out over three millennia.

So what is that crucial detail that we seem to overlook but ought not to? This:

And also, a great mixed multitude—erev rav—went up with them… (Shemos 12:38)

Thus, the Jewish people were not the only ones to leave Egypt after the Plague of the Firstborn. A “mixed multitude,” “erev rav” in Hebrew, also left with them, and changed the face of the redemption, and all of Jewish history, for that matter. They will later build the golden calf at Mt. Sinai in Moshe’s absence, and become the cause of his dying in the desert.

And even though the Erev Rav will not be mentioned again in Tanach after the close of the Torah, it is not because they disappeared. On the contrary, the Zohar spends considerable time discussing the five categories of Erev Rav that will influence the end of history, and the damage they will do. And the Vilna Gaon? This is how he put it:

The joining of Eisav and Yishmael is the result of Armelius, the ministering angel of the Erev Rav, who are able to destroy the Jewish people and the entire world, may God have mercy. The main drive of the Erev Rav is to unify Eisav and Yishmael and to separate the two moshiachs. Therefore, our main work and battle is to break and to remove the strength of the Erev Rav… from the Jewish people. The Erev Rav is our greatest enemy…[and] works only through deception and in roundabout ways. Hence, the war against the Erev Rav is the most difficult and bitterest of all. We must strengthen ourselves for this war, and anyone who does not participate in the battle against the Erev Rav becomes, de facto, a partner with…the Erev Rav, and is better off having not been born. (Kol HaTor, Ch. 2:2:2)

WHO EXACTLY was, is, the Erev Rav? It is not clear from the Torah, except that when things go very wrong in the desert, it usually has to do with the Erev Rav.

It is clear who they are from Kabbalah. The Arizal explains in Sha’ar HaPesukim that the Erev Rav basically had the same spiritual origin as the Jewish people born in Egypt. They were from “blemished” souls created by Adam and Chava during their 130 years of teshuvah, as mentioned in the Talmud.

After that, these souls returned in Egypt. The ones that were mostly rectified were born into the Jewish people, and the ones that were less rectified reincarnated as Egyptians. The Jews underwent slavery to further their rectification and become worthy of redemption. The other souls remained Egyptians who found themselves gravitating towards the descendants of Ya’akov. They became the Erev Rav, numbering six million altogether by the time they left Egypt.

According to the Arizal, when Pharaoh told his people to “deal wisely with them,” he referred to the Erev Rav, because his goal was to bring them back into the fold. It was the Jewish people over whom he set taskmasters and increased the slavery, to break and eventually destroy them. He had no desire to keep them, just work them to death.

So why did Moshe Rabbeinu take them along out of Egypt? Not on God’s advice, that’s for sure. God wanted to leave them behind so they could reincarnate again as part of their final rectification. It was Moshe who did not want to wait for that, and who gambled by taking them out of Egypt with the Jewish people, and converting them. Therefore, they are called “his people.”

Not only this, says the Zohar, but Moshe Rabbeinu has to return in every generation just to oversee their rectification process. But just as history has evolved, so has the Erev Rav. There may have been only one “type” of Erev Rav when Moshe first brought them along, but by the time the Zohar was written, there were already five:

There are five types of Erev Rav: Nefilim, Giborim, Anakim, Repha’im, and Amalekim… (Zohar, Bereishis 25a)

The five types of Erev Rav are: those that create strife and speak loshon hara, those who pursue their desires, etc., the swindlers who pretend to be righteous but their hearts are not straight, those who pursue honor and build great synagogues to make a name for themselves, and those who pursue money and disaccord. (Aderes Eliyahu)

How many people does this describe? Well, only God knows for sure. But definitions like these certainly widen the parameters of the overall group. It might, or at least should, make some people wonder if the way they behave is as acceptable to God as they would like to believe. Not all non-Torah behavior is simply a sin; it might be the behavior of some modern-day Erev Rav.

IT HAS to be stated from the start that there is a difference between not being religious and going to war against Torah values. A lot of secular people never had the proper Torah education, or worse, they had an anti-Torah upbringing. It is difficult to undo negative propaganda later in life, if a person ever gets the opportunity to even try.

The Erev Rav are at war with Torah values, not just on their own behalf, but on behalf of society as a whole. It is not good enough that they have built a wall between them and truth. They have to build that wall between Torah and everyone else as well, in whatever way they can.

Do the Erev Rav people know they are Erev Rav? Does it really matter? Even misguided people can lead the world towards destruction, and do so much damage to a lot of good people and things along the way. They have to be stopped at all cost, and it will have to be up to God to later determine, when they stand in judgment before Him, just how responsible they are for their actions.

Do they have to be direct descendants of the original Erev Rav to be official “Erev Rav”? No. The Arizal makes it clear that when the Erev Rav returns in the final generation, it will be as gilgulim—reincarnations. The original souls will be born into new bodies, and guide these people in the ways of the ancient Erev Rav, though their actions will fit into the modern world.

What counts and what unifies the Erev Rav throughout history is their endgame. The means to accomplish their goals may change from generation to generation, but the desired result will stay the same: eliminate morality and those who protect it in order to allow licentiousness.

It is the oldest conspiracy known to mankind and even pre-dates the actual mention of the Erev Rav in this week’s parsha. That’s because the Erev Rav came from souls that already existed long before the actual Erev Rav was born. It’s very kabbalistic, incredibly historic, and yet so ignored.

So when the Vilna Gaon says that the final battle will be against the Erev Rav, he really means the final battle of a trans-history war. And though billions of people scoff at this idea and are quick to ignore what they call “only a conspiracy theory,” it is only because they have little or no understanding of how that “conspiracy theory” is the real undercurrent of history.

And that, as the GR”A warned, makes a person a co-conspirator.

IN EVERY generation certain individuals rise to the top of society, for different reasons. Some will be righteous, some nefarious. Some will seem like the latter but might actually belong to the former, and vice versa.

Of these four categories of societal “celebrities,” it is safe to assume that the Erev Rav is not among the righteous, and the misperceived righteous. Morality is just not their thing. They can be among the nefarious, but that might interfere with their scheme, since people will be very wary of all they say and do.

The Vilna Gaon said that the Erev Rav works through deception, and there is no greater deception than passing oneself as a righteous, and being anything but that. And some do such a good job of this that they actually delude themselves into believing that they are every bit as good as they tell others they are.

This is why, as the GR”A said, it will be the most difficult of all wars to fight. It is one thing to know who the enemy is, but it is entirely different to have an enemy who poses as your friend, and who claims to be out for your best interest. By the time the truth is out, their target is dead or severely disabled.

Even is not even knowing that the war is on, and that such an enemy is fighting against you. Or it could be knowing it, but being unable to convince others of it so that they can prepare themselves for battle and possibly survive. How many times has mankind fallen prey to the Erev Rav, including the Torah community, and paid dearly as a result?

In the long run, it doesn’t matter. Few learn history, or take it to heart. Even fewer pay much attention to the inclusion of the Erev Rav at the end of this week’s parsha, and what it meant to the journey to freedom. And even fewer yet know what the Zohar and great rabbis of the past predicted about the Erev Rav at the end of days, and the grave threat they will pose to the world on so many different levels.

Instead, they choose to listen to billions of people who lack the background to truly have a relevant opinion. They choose to hope for the best while a scenario for the worst unfolds. The Erev Rav counts on this, and they build upon it.

The good news is, God runs the world, and will deal with the Erev Rav, as He always has in the end. He will do away with them one way or another. The not-so-good news is that many may go down with their ship, until He does. So what are you going to do about it?