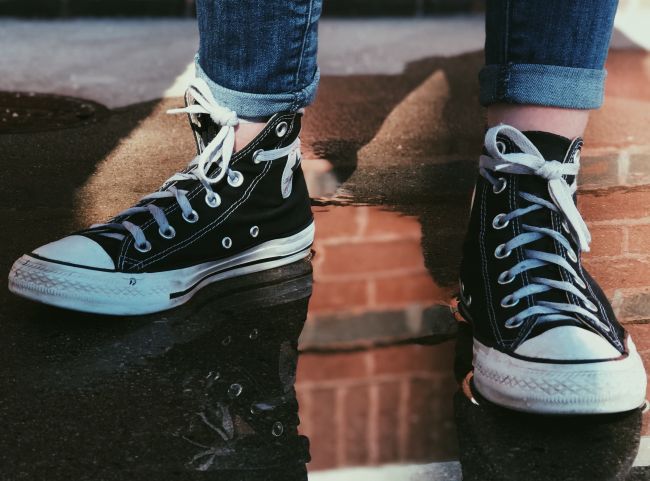 Of Threads and Shoelaces 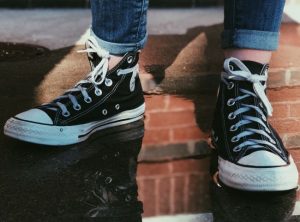 To the victor belong the spoils, but sometimes he’s just not interested. Abraham was cut from that cloth. He had just won a fierce war against four powerful Mesopotamian kings who had invaded the land of Canaan. After laying waste to the countryside, the Mesopotamians had carried off the population and wealth of Sodom and set off for home, but Abraham gave chase. He routed the invaders and pursued them all the way to Damascus, and in the process, he liberated the captives and recovered the stolen wealth..

The king of Sodom begged Abraham to keep the wealth, but Abraham absolutely refused. “I will not even take a thread or a shoelace nor anything else that is yours,” he declared, “so that you should not be able to say, `I enriched Abraham.'”

The Sages of the Talmud greatly admired Abraham’s refusal to accept a reward from the king of Sodom. In fact, they point out, because Abraham spurned the strings and shoelaces of Sodom, his descendants were rewarded with the two commandments of the tzitzith fringes and the tefillin straps.

The commentators, however, are puzzled by the connection. They also wonder why Abraham chose to mention these trivial articles. Why wasn’t it enough to say that he would take nothing at all? That certainly would have been perfectly clear. Furthermore, why indeed did he refuse to take them?

The answer, they explain, lies in Abraham’s attitude toward his great wealth. He never thought he had been blessed with wealth so that he would be able to indulge all his whims and desires. Rather, he saw himself as a caretaker. He believed that the Almighty had entrusted him with all that wealth so that he could spread sweetness and light in the world and draw people closer to Him. He saw his wealth as a sacred trust that extended even to the smallest part of it, because even the most minute things can be used to bring honor to his name.

Abraham, therefore, specifically mentioned threads and shoelaces to show that everything must be seen as a gift from Hashem. And he refused to accept these things from the king of Sodom, because he was concerned that the king would claim the credit for having given these gifts to Abraham, thereby bringing dishonor to the Name of Hashem.

With profound insight, Abraham had discerned the transcendent value of even the smallest things. The Torah, therefore, rewarded his descendants with the tzitzith fringes and the tefillin straps, seemingly insignificant items which play a very exalted role in connecting people to the Creator and bringing them untold Heavenly blessings.

A young man came to a great sage and asked to be accepted as a disciple. The sage took the young man for a stroll through the garden as they discussed various weighty philosophical and ethical issues.

The young man was very astute and intelligent, and he impressed the sage with his sharp questions and insightful observations.

After an hour, they returned from the garden. The sage shook the young man’s hand and said, “Farewell and good luck to you.”

The young man was stunned. “Do you mean that you will not accept me as your disciple?”

“But why? Haven’t I passed the test? I thought I had made such a good impression on you.”

“Young man,” said the sage, “when we were walking in the garden you were pulling leaves off the bushes and tossing them on the ground. Why?”

“I don’t know,” the young man replied. “What does it matter?”

“That exactly is the problem with you. You think the leaves on the bushes don’t matter. But they do. Everything has a purpose, and I assure you that those leaves were not put there for you to destroy so casually..”

In our own lives, we live in a society that pursues riches at breakneck speed with barely a backward glance. Everything is expendable and disposable as long as it gets us from one moment to the next. Nonetheless, it is important that every once in a while we pause and take stock. It is important that we see and appreciate the value in all the little things Hashem has placed in the world as part of His divine plan. And in the end, we may even find that focusing on those little things may actually be the most enriching pursuit of all. Text Copyright © 2009 by Rabbi Naftali Reich and Torah.org.