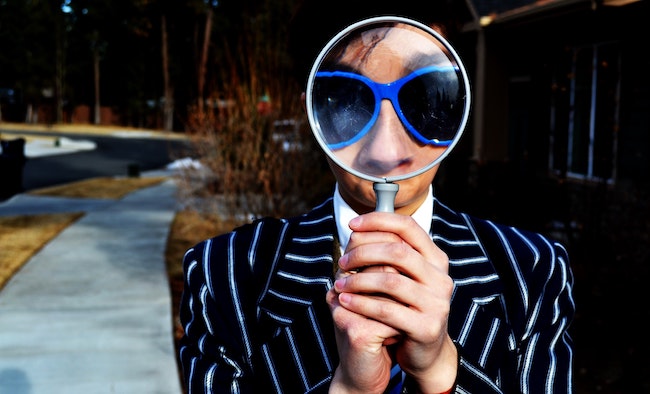 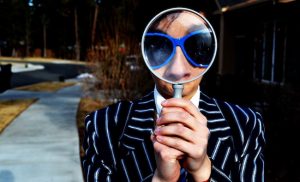 And they said to one another, “Indeed, we are guilty for our brother, that we witnessed the distress of his soul when he begged us, and we did not listen. That is why this trouble has come upon us.” (Bereishis 42:21)

DID YOU EVER wonder what it was like for Yosef in last week’s parsha when his brothers took him and threw him into the pit, and then sold him into slavery? Did he scream? Did he cry out? Did he put up a fight and resist? Did he beg that his brothers change their mind? Did he worry out loud about his father’s welfare when he discovered that Yosef was no more? We can only assume that he did, although the parsha makes no mention of it.

Instead, in last week’s parsha, Yosef’s voice was silent. It’s as if he went willingly, or was unconscious, because the Torah records nothing of his reaction to this shocking turn of events in his life. On the contrary, all we read about is how his brothers sat down to eat after the deed was done.

It’s only in this week’s parsha that we find out the truth, and that all of our suspicions are confirmed. Yosef, indeed, had gone kicking and screaming, begging for his life the whole way. It would have been a heart-wrenching scene already had we been there, which begs the question, why wasn’t it for his brothers. Even Eisav showed mercy to Ya’akov once they finally met, so why couldn’t the fathers of the future tribes of Israel?

There are two lessons to be learned from this. First the good one. It shows the resolution of the brothers. Despite what the verses say, the rabbis explain that the brothers had acted with the best of intentions on behalf of the future nation, to whom they felt Yosef was a potential danger. There are times to show mercy and times to hide it. Shaul HaMelech is faulted for showing it to the king of Amalek, even though it was for a good reason. A Sanhedrin, which is what the brothers had convened to judge Yosef, must withhold their mercy once they judge someone guilty of the death penalty.

Therefore, though the brothers may have been wrong about Yosef, they had been right about their approach to the situation based upon what they had thought. Sitting down to break bread after Yosef was finally dispensed with just showed how confident they had been in their decision, as wrong as it may have been.

The second lesson is less flattering. It has to do with how people shut things out that they should let in when these things run contrary to their opinion, which might be wrong. Had the brothers been a little less intent on ridding themselves of Yosef they might have heard his pleas with their heart, and not just with their ears. Then they might have reconsidered their actions, and changed them in time to save them and their father 22 years of misery.

This is what God looks for. We can’t always meet the challenge of the yetzer hara enough to recognize in time that our intentions might really be its intentions. We do need God’s help, but that’s only going to come to a person who is open, at least a little, to the truth. As God says regarding teshuva, “Make for Me an opening of repentance no bigger than the eye of a needle, and I will widen it for you into openings through which wagons and carriages can pass” (Shir Hashirim Rabbah 5:3)

Had the brothers shown even a little mercy, then God might have shown them what they needed to see in order to have complete mercy and to save them from their catastrophic error while there was still time. It would have resulted in a different history, but that’s God’s business, not ours. Our job is to respond to life’s situations in the most halachically and hashkofically appropriate way, and let God orchestrate the rest.

This is what it means when it says that “everything is in the hands of Heaven except the fear of God” (Brochos 33b). “Fear of God” refers to how we choose to perceive a situation and respond to it, and “everything is in the hands of Heaven” refers to how reality will respond to our response. Chanukah is over now, but the following story is relevant to this point.

The year was 1775, and the place was Valley Forge. George Washington was Commander-in-Chief over the Continental army in the American Revolutionary War against Britain, who were heavily favored to win. The weather was freezing and food was scarce. The situation was bleak.

There was only one Jew in the entire American army. He had escaped the cruelty and humiliation of life as a Jew in Poland. And though conditions as a soldier in Washington’s army were extremely harsh, the promise of living in a free land inspired him.

So did his Chanukiah. His father had sent it with him to do exactly that, and being the first night of Chanukah, he lit it. And, as it burned before him, he was shocked to find that General Washington himself was standing over him, asking about his welfare.

“Why are you crying, soldier? Are you cold?”

Pain and compassion were in his voice. I couldn’t bear to see him suffer. I jumped up, forgot that I was a soldier standing before a General, and said what came from my heart, like a son speaking to his father.

“General Washington,” I said, “I am crying and praying for your victory. And I know that with the help of God we will win. Today they are strong, but tomorrow they will fall because justice is with us. We want to be free in this land…They will fall and you will rise!”

“Thank you, soldier,” he said. He sat next to me on the ground, in front of the Menorah.

“What is this candlestick?” he asked.

I told him, “I brought it from my father’s house. The Jews all over the world light candles tonight, on Chanukah, the holiday of the great miracle.”

The Chanukah candles lit up Washington’s eyes, and he asked joyfully, “You are a Jew from the nation of Prophets and you say we will be victorious?!”

“Yes sir,” I answered with conviction. “We will win just like the Maccabees won, for ourselves and for all those who come here after us to build a new land and new lives.”

The General got up and his face was shining. He shook my hand and disappeared in the darkness.

Apparently, the story did not end there. On the contrary, this is what supposedly followed the following year:

I was sitting in my apartment in New York, on Broome Street, and the Chanukah candles were burning in my window. Suddenly, I heard a knock at my door. I opened the door and was shocked: my General, President George Washington, was standing in the doorway, in all his glory.

“Behold the wonderful candle. The candle of hope of the Jewish People,” he proclaimed joyously when he saw the Chanukah candles in my window.

He put his hand on my shoulder and said, “This candle and your beautiful words ignited a light in my heart that night. Soon you will receive a Medal of Honor from the United States of America, together with all of the brave men of Valley Forge. But tonight, please accept this token from me.”

He hung a golden medallion on my chest and shook my hand. Tears filled my eyes and I couldn’t speak. The President shook my hand again and departed . . .

I came to, as if from a wonderful dream, then I looked at the medallion and saw an etching of a beautiful Chanukah Menorah. Under it was written: “A token of gratitude for the light of your candle—George Washington.”

It’s supposed to be a true story. Assuming that it is, it is a remarkable one. I wonder if the soldier considered not lighting his candle, given the conditions, and given his environment. Interestingly enough, there is even a halachah about what happens when a Jew finds himself alone among gentiles during Chanukah while living in a common area. Should they light or shouldn’t they, and if yes, with a brochah or without one?

Regardless, this Jew did, though he could never have imagined what would happen because of it, other than recall his life back in Poland. His response to his situation was to light his menorah, and it brought him great hope and honor. Who knows how much it impacted the future first President of the United States of America?

In any case, the thinking of the brothers came back at them big time. As the Ohr HaChaim HaKadosh explains, the brothers could not recognize Yosef, despite all the clues he gave them, because it was too outside their box that he could have risen to power like that. Quite frankly, it would have been too outside the boxes of just about everyone, since there were far more reasons why it shouldn’t have happened than it should have.

It is a lesson for the ages. Be careful about what you lock out and what you lock in. Something may seem to serve your purpose and feel protective, but that may possibly be only in the short run. In the long wrong, false beliefs come back to haunt us once they begin to fall short, and then shorter, and then shorter again. But by that time their destruction may be too great to fix, or not without some major sacrifice. Just ask Yosef’s brothers.