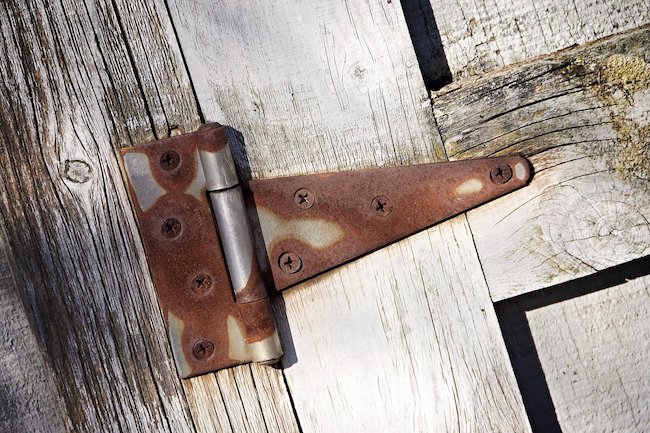 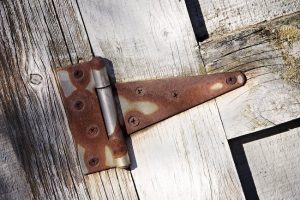 IT WAS QUITE the job taking care of the Mishkan. It was one thing to have to assemble and then disassemble it every time the camp changed location. It was another thing to do it while respecting its very high level of holiness. Construction can be physically dangerous, but building and dismantling the Mishkan was also spiritually dangerous.

One thing is for certain: it was not mindless work. For most construction it is good to pay attention to what you are doing to avoid injury, but it is no great “sin” to think about something mundane while doing it. With the Mishkan, those involved with it had to maintain spiritual focus, to make sure that the Mishkan was not profaned in any way.

That was the responsibility of the Levi’im. They were the ones tasked with making sure the Mishkan was in good functioning order everywhere the Jewish people camped, and to safely transport all of it in-between stops. It was not just another job. It was a spiritually elevated lifestyle.

Why Levi more than any of the other 12 tribes? The answer is right in their tribal name:

And she conceived again and bore a son, and she said, “Now this time my husband will be attached to me—yelaveh, for I have borne him three sons.” Therefore, He named him “Levi.” (Bereishis 29:34)

It is not a curious thing that two wives should fight for the attention of their shared husband. It is even less curious that one might be obsessed about the competition if she knows she is the least liked, even naming her child based upon it. But how does such emotional “insecurity,” if that’s what it was, play a role in creating the foundation of God’s people, and result in a son whose name is a constant reminder of it?

The question really is, were Rachel and Leah just like everyone else, with the same emotional issues that most of us deal with, even if they were greater people? Or, are we just interpreting their actions based upon our own limited perception, and projecting our own emotional issues onto them?

On thing is for sure: Torah is no modern-day gedolim biography. Today, when people write about the gedolim, they make them superhuman, angels from birth. There’s no sense striving to be like them because we’re given the impression that is impossible, that we’re simply not made from the same material. All we can do is stand back in awe.

Ironically, that is not the case when reading about the Avos. Just the opposite: we have to find ways to make them different from us. The Torah portrays them in ways that make them seem so, well, human. Jealousy, we know, is petty, and yet it figures in a big way in the story of the Shevatim, powering our early history. Which is the real story?

WHAT IS GREATNESS and why should a person strive for it? Granted there are different kinds of greatness, but what is the greatest greatness a human can achieve?

For some it is excelling at education. For others, it is accumulating billions of dollars in a short time, or achieving some sports goal against all odds, perhaps even many times. There are great artists, photographers, chefs, you name it. Clearly there are lots of ways to earn the title, from a secular perspective.

Talents are gifts that are not evenly distributed in life. Family upbringing is a variable we have little control over. Financial success, the Talmud says, is really a function of one’s mazel, which the average person really has little, if any, say in (Shabbos 156a). Thus for many people, “greatness” as defined above is just not relevant.

From a Torah perspective there is but one way to achieve greatness, it is open to everyone, and summed up succinctly by the following mishnah:

Who is strong? One who overpowers his inclinations. As is stated, “Better one who is slow to anger than one with might, one who rules his spirit than the captor of a city” (Mishlei 16:32).” (Pirkei Avos 4:1)

Everyone has their own personal yetzer hara. It is the measured counterpart to their soul, going back to Adam Harishon. It’s a long kabbalistic story, one worth telling at another point, but suffice it to say that one person’s yetzer hara is not the same as another’s. It is custom-designed for each person so they can have a personal challenge they can overcome.

Winning may not always look like it on the outside. For some people running a marathon, just finishing is winning. For others, the fact that they showed up at all for the race is success. It all has to with the amount of will a person had to use to accomplish what they set out to do, to overcome whatever barriers lay before them along their road to their personal greatness.

Thus greatness is completely relative, and very often, only something God will notice and appreciate. Even the person may not realize that the act they have carried out was a big deal by heaven’s standards. Only in Olam Haba will many people find out just how many acts of greatness they performed in their lifetimes.

This is true about doing anything worthwhile. But there is nothing worthier than doing a “mitzvah,” and nothing more challenging to one’s will than doing it “right,” what we call “l’shem Shamayim—for the sake of Heaven.” It means hisbatlus, self-negation, which in-and-of-itself is not always easy to get right. Some people think they are humble but are not so, and some people don’t even try to be. They live with the impression that making themself second to others ruins life, unaware that it is really the greatest source of life there is, not to mention personal greatness.

WHEN I FIRST learned that a person should run from kavod—honor, I thought, “Where’s the fun in that?” There is something very rewarding and uplifting about being put up on a pedestal for others to look at and praise. It hasn’t happened often in my life (kavod seems to run from me), but the few times that it has I noticed something peculiar: I became embarrassed.

I gave it some thought. It was like other things in life where you pursue some goal, get excited about your progress, only to feel a letdown once you achieve it. I remember the first time I made a siyum on the Talmud. There was a sense of accomplishment for sticking with the “program” for a decade, gratitude for having finally reached my “goal,” but also a feeling of, “So what?”

It took me years to realize what the “problem” was. We seem to know inside that our accomplishments are not really our own. As much as we might want to take credit for them all, we seem to know that God does it all, and our successes are built upon the help of many divine “messengers” He works through to help us accomplish what we do.

That’s why it’s not the goal that counts, but the journey to it. It’s not what results that impresses us, but what had to go into it to make it what it became. If you don’t try then you cannot succeed because trying itself is success. It is the only thing that measures our will, and our will is the only thing that distinguishes us as individuals.

The Torah makes this point clear at the end of the parsha. Each tribe brought the exact same gift for the dedication of the Mishkan, and yet the Torah recounts each as if it was unique from the others. The explanation of this is actually in the part of the verse that is easily overlooked. When the Torah mentions the name of the tribe that brought the gift, it is also telling us the unique “ingredient” that made each gift different from the others: the will and perspective of the tribe.

This is perhaps the most important difference between our jealousies and those of our ancestors. Feeling left out or behind hurts personally, and leaves us with a sense of lack. But Rachel’s jealousy of Leah and vice-versa, and that of the brothers for Yosef, did not come from a personal sense of lack, or a need for kavod. It came from a desire to be worthy of being God’s messenger in this world. It came from the recognition that though the results in life may be totally controlled by God, the will we expend to help with those results is ours to use and reveal. We decide to make the journey, or not.

THE AVOS WERE prophets and related to God on a much higher level that we can today. Their wives were no different, which means that Leah knew and understood, as did Rachel, that they performed for no other than God Himself. They also knew and understood that all that happened down here was not happenstance, but directly the will of God, including how Ya’akov felt about them.

Therefore, Leah knew that Ya’akov’s lack of attachment to her was about more than just a husband’s emotional connection to his wife, as it might be today. She viewed it as a measurement of where she stood with respect to the building of the “Tribes of God,” especially since, as Rashi points in Parashas Vayaitzai, that was all that concerned Ya’akov. His relationship to her was based upon his view of her role in his mission to build the future Jewish people.

Therefore, once she gave birth to a quarter of the 12 Tribes, Leah saw it as divine confirmation that, even though she had originally been destined to marry Eisav, she very much belonged to Ya’akov. She knew that the birth of Levi had to wash away any suspicions that Ya’akov may have had about her lack of worthiness to be anything more than a handmaid, like Bilhah and Zilpah. On the contrary, “the stone the builders despised became the cornerstone” (Tehillim 118:23).

Through will and determination she had made the “journey.”

Through the birth of Levi, God had allowed her to reach her goal.

Levi henceforth became the embodiment of what it means to give one’s self over to the mission, or hisbatlus to God. Levi doesn’t need kavod because the knowledge that he is the “glue” that holds it altogether on behalf of God, gives him his sense of fulfillment and self-validation. He didn’t just represent Ya’akov’s acceptance of Leah as a full-fledged mother of the future Jewish nation, but of our attachment to God and His plan for Creation.

Was there any better tribe to prepare the Mishkan and the Jewish people for each new journey in the desert?