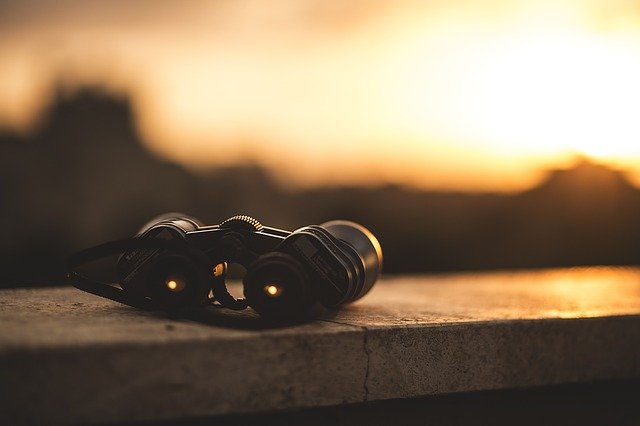 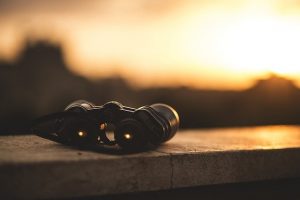 IMAGINE HIKING OUT in the wilderness and coming across a small puddle. Where did the water come from? Intrigued, you look more closely and notice that it is being fed by a trickle of water so small that you could not see it at first from the distance. Looking more closely, you see that it continues on past the puddle. Then you decide to walk upstream to see where the water is coming from.

As you walk beside it, you notice that the water source starts to widen at some point, and actually become a narrow, shallow stream. If anything lives in the water, it is too small to see. Besides, the water itself is somewhat murky, mixing with the dirt that the water runs over. But unquestionably, it is an official stream.

Not much changes for the next while, but then all of a sudden, the stream widens a fair bit, and actually gets deep enough to become a river. The water has become a lot clearer, because it is deeper and the river bed is filled with stones. You take out your map to find out which river you have found, because it is too prominent not to be on a map.

Sure enough, you identify the river, which begins a lot later on the map than the puddle you first began with. The map shows the path of the river, which leads to a waterfall you decide to find. Forty-five minutes later, you can hear the waterfall, though you can’t yet see it. But it has to be close you realize, since the water seems to have a strong current.

A little longer and you see the waterfall itself. It is powerful and majestic, and sitting down to enjoy it, you consider the long journey the water has to make from where you are sitting to where you started. Even more amazing is how so much water can, over a distance, become so reduced to the point that it can seem cut off from all outside sources of water.

But not by the waterfall. There, water constantly pours over the rocks, fed by a river above. The water comes crashing down into a large pool of water, a small lake even. You can swim there, and the water is even clean enough to drink. It’s where you want to stay, because everything up until that point now seems so mundane and trivial.

THIS IS A good analogy for knowledge. Knowledge is like a stream of water: it has a source, and the further away it moves from its source, the weaker and more limited it becomes. It can even get to the point that the knowledge seems cut off from its source. This can make people believe that the source itself does not exist, leaving people with a limited amount of knowledge that can be dangerous to “drink.”

Kabbalah speaks about two types of knowledge, penimi and chitzoni. In simple terms, penimi knowledge can easily be traced back to God. Some people would call this “religious knowledge,” the implication being that it is non-intellectual, more a matter of belief than actual demonstrable fact.

Chitzoni knowledge does the opposite. It is not necessarily false, but it does not implicate God in any obvious way. It may actually seem to counter the idea of God. Religious people tend to refer to this as secular knowledge for this reason. It includes a whole gamut of useful information that we depend upon in daily life. There is a lot of science behind dry cleaning, but it does not tend to point in the direction of God.

Referring back to the analogy, chitzoni knowledge is like the puddle, and penimi knowledge is comparable to the waterfall. To look at the puddle, one would never guess that there was a waterfall upstream feeding it. A person might even assume that the puddle evolved on its own, perhaps left over from a recent rain shower.

But if you were to look more closely at the intellectual “puddle” that chitzoni knowledge is, you would see a small, almost imperceptible trickle of knowledge feeding it. And if you were to follow that trickle, you would find it eventually becomes a stream, then a lake, then a waterfall of knowledge that makes it perfectly clear that all knowledge has one Source, God.

That’s why God warned Adam about death if he ate from the Aitz HaDa’as. It wasn’t a punishment, but a consequence. God told Adam, “If you eat from this tree, you will learn a lot, but it is knowledge that will take you away from Me, and I am the Source of life. Every little bit you move away from Me is another level of death.”

The Torah reports the result of rejecting God’s “advice”:

And there you have it, the basis of thousands of years of atheism and agnosticism. The “emperor” found out he wasn’t wearing any clothes, so he hid, and he has been hiding now for thousands of years. As Rashi points out:

What they found out they did not like. We know that feeling too, the one that comes with doing the morally incorrect thing. It doesn’t matter where that moral comes from, as long as the person thinks it is a “moral” thing. A person feels undignified, unworthy, and has an overwhelming desire to hide.

The honest person admits their mistake and does teshuvah. Had the first man done that, then the rest of us would be living in Gan Aiden today. Everyone else just runs for cover, sometimes physically, but most of the time, intellectually.

There is just no basis for the Judeo-Christian God. (Richard Dawkins, Evolutionist)

Even in the world of chitzoni knowledge, this is not true. As so many scientists have pointed out, there is no basis for the Theory of Evolution, at least not as people say Darwin imagined it. The odds are incredibly against it. But if you’re not going to follow the “puddle” back to its source upstream, then all you’re left with is the improbable, and lot of explaining, rather, rationalizing to do.

We pay a heavy price for hiding from God.

NOW YOU GET to choose which group you belong to. But before you do, we need to further discuss the idea of hiding.

The expression is, “hiding in plain sight,” which is kind of an oxymoron. Something is usually hidden or in plain sight, but not both. But we know from experience how it is possible to be looking right at something, and not see it. It can be that a person does not realize what they are looking it, or that they are distracted at the time and their brain is busy processing something else. Either way, for all intents and purposes, the thing is hidden.

Sometimes people do it purposely. For example, they pretend not to see someone, and act as if they are not there. They consciously hide the other person from themself, so that they won’t have to interact with them. It is as if treating the person as if they are invisible makes you invisible to them.

That’s basically how many people treat God. God is right there, in front of us, and in plain view. We look right at Him, and yet we don’t see Him, or see Him enough. For the evil person, God is seven levels of Heaven away. For the tzaddik, God is among us. For the beinoni, God is on one of the six levels in-between.

That’s why on Rosh Hashanah, a tzaddik is immediately judged for life, and an evil person for death. Rosh Hashanah is when God says, “Excuse me, but here I am, right in front of you. So stop pretending like I’m hidden from view. I’m only hidden from you.” The tzaddik is already real with this, the evil person refuses to comprehend it, and the beinoni, well, they seem to need ten days to work it through.

The difference between each group? The tzaddik is into the penimius of life, the rasha—evil person, the chitzonius. The beinoni has some of both, each of which can tend to pull them in one direction or the other. It causes them to waver between righteousness and evil.

It’s like two people who have a common friend. “What do you talk about when you’re together,” one asks the other.

“Spiritual matters, you know, the purpose of life…the potential of man…things like that.”

“Really?” the other says very surprised.

“Financial markets…politics…I never knew he had a spiritual side to him!”

“Why don’t you try talking to him about something more spiritual?”

God works the same way. If He sees that we’re more interested in chitzonius, then that is what He will show us, leaving us to get lost in an ultimately meaningless world. But if we “talk” penimius with God, then you cannot imagine what He will show you, and you will never stop being excited that He did.

FEAR HAS A bad name. We spend a lot of time, and some people a lot of money, just trying to overcome it. But clearly not all fear is bad.

For example, a parent or teacher who excessively uses fear to keep children in line will give fear a bad reputation. But when a doctor tells us to change our unhealthy lifestyle or else, which is clearly for our own good, then fear is a good motivator to use life more meaningfully.

One of the first things we do in the Yemai Norayim Shemonah Esrai, is appeal that God make us fear Him. We actually ask to fear Him, and that the entire world do so as well. It’s our way of acknowledging that we know that all God does to us is for our good, that our wanton behavior is a function of our yetzer hara, and that we need fear to overcome it. We need fear to come out of “hiding.”

Take a look. When the world has nothing to fear, people tend towards the superficial. It’s, “eat, drink, and be merry” all over again. Enter fear, and people wax philosophical. They become…well…more penimi. While Adam HaRishon didn’t fear, he took the biggest chance of his life, and lost. Then God put the fear into him, and he spent the next 130 years doing teshuvah.

We’re about to stand before God on Rosh Hashanah and again, come out of hiding. How should we deal with it? By staying hidden, meaning, by not opening our mind’s eye and seeing God everywhere we went, every we are, and everywhere we will ever go? Do we stay chitzoni…superficial…fearless?

Or, do we go inside? Do we get philosophical, and look beyond the superficial realities that vie for our attention all year round? On the day that “we” first hid back at the beginning of history, we have a chance to personally unhide, and jump to spiritual hyperdrive. We can choose penimius over chitzonius, or in the language of this week’s parsha, we can choose life, that we may live. Truly live. Shannah Tovah uMesuka