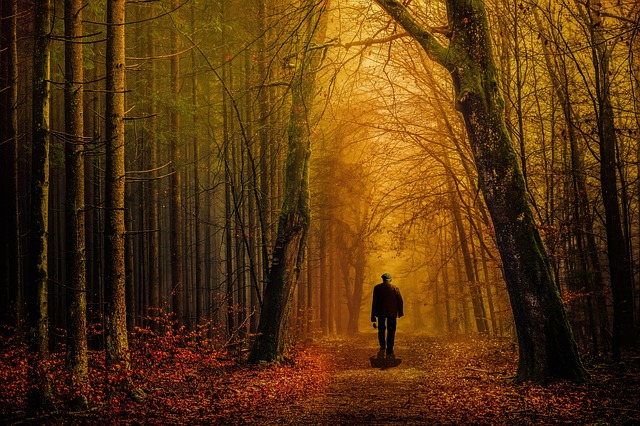 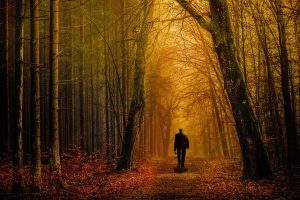 THE STORY BEGINS. We’ve seen this movie before countless times. The Jewish people move to a new country relatively peacefully. They prosper, assimilate, and lose touch with Jewish destiny. Then a new king rises to power and he turns the nation against the Jews. Antisemitism increases, and it is followed by persecution, even genocide. It’s happened just about everywhere Jews have gone.

And by the way, this is not only true about Jews living among non-Jews. It has also been true about Jews living among Jews as well. There have been Jewish governments that have been hostile to their people. We joke about how so many Jews have so many opinions, but it is no joke, especially when it leads to civil war. The gemora says that a Jew without Torah can be one of the most chutzpadik people in the world (Beitzah 25b). That is pretty obvious today, even among some who seem to live by Torah.

It would be nice to break the pattern. It would be nice for once to just transition to the new stage of history without the persecution, without having to run for our lives again and leave everything behind. Nice, but not likely.

Because of the gray area syndrome.

You’ve never heard of it? That’s because I just made it up. The name, not the syndrome. The syndrome is as old as the Jewish people. It describes a period during which Jewish history becomes precarious. Antisemitism increases and there are hints that it might even become dangerous. It might even make some think about leaving the Diaspora for Eretz Yisroel.

That’s not many people today, because most Jews have invested in where they live. They have houses with mortgages, all kinds of possessions, and probably a lot of family living close by. The idea of selling everything off and packing up the entire family is very unappealing, even daunting.

The problem is, they don’t know how to evaluate the risk of not selling out and making aliyah. They may be aware that the last time we dealt with a similar situation with a similar gray area eventually resulted in the Holocaust. But is such a thing possible today? As bad as it has gotten in the West, will it ever get that bad, God forbid?

We don’t know yet.

We can’t know yet.

So we gamble.We throw the dice and hope that they will roll in our favor. They haven’t until now, but maybe they will this time. There’s a possibility, and even though it may be small, it’s still a possibility. Someone wins the lottery. Why not us, if we bought a ticket like everyone else? The odds may be heavily stacked against us, but they are also for the person who will win. Rising antisemitism has always been an indication of bad times coming up for Jews. Maybe this time it will be different. It’s a gray area.

ONE OF THE deceiving things about Torah is that everything seems to happen so fast. It takes only a few pesukim to cover a lot of time and to get to an important event. It’s like we came, we thrived, we were enslaved. So many important details are left out.

For example, how many years did it take from the time the Jewish people went down to Egypt until they were actually enslaved? They went down to Egypt when Ya’akov Avinu was 130 years old, which was 2238. The slavery did not begin until the last of Yosef’s brothers, Levi, died in the year 2332, 94 years later. Altogether we were in Egypt for 210 years, the slavery ending six months prior to redemption. The slavery lasted, therefore, 116 years.

This means it took 94 years, almost a century, for the Jewish people to go from honored guests to tortured enemies. That’s a lot of time. When did it change, and why?

The Haggadah answers the question:

And he went down to Egypt…forced by Divine decree.

And he sojourned there…this teaches that Ya’akov Avinu did not go down to Egypt to settle, but only to live there temporarily. Thus, it says, “They said to Pharaoh, ‘We have come to sojourn in the land, for there is no pasture for your servants’ flocks because the hunger is severe in the land of Canaan. Please, let your servants dwell in the land of Goshen.’”

To sojourn, we only went down to Egypt to sojourn. How long? Until the end of the famine, when it would be possible to survive in Canaan again, the land that Ya’akov Avinu had been forced to leave. How long did the famine actually last? Certainly not 94 years. More than likely, a lot less. So what happened? Well, we began…

Few in number…as it says: “Your fathers went down to Egypt with seventy people, and now, God, your God, has made you as numerous as the stars of heaven.”

He became there a nation…this teaches that Israel was distinctive there.

Great, mighty…as it says: “And the Children of Israel were fruitful and increased abundantly, and multiplied and became very, very mighty, and the land became filled with them.”

And that changed everything. First, it made Jews settle down more permanently, to become more invested in life in Egypt. They built houses, opened businesses, expanded their families, married off children, etc. You can accomplish a lot in 94 years, and though it might have been fine at first, it later says:

The Egyptians treated us badly and they made us suffer, and they put hard work upon us…as it says: “Come, let us act cunningly with [the people] lest they multiply and, if there should be a war against us, they will join our enemies, fight against us and leave the land.”

So did the Jews run away from Egypt while they could? It’s not so simple when you’re so invested in where you live. As the Maharal says, matzah reminds us that poor people are free people, because they can leave a place whenever they want. They have nothing tying them down to where the presently live, unlike people who have built a material life for themselves.

The question is, why would the Egyptians, the mightiest nation on the face of the earth at that time, become worried about some minority nation that is non-military, and adding to the strength of the Egyptian economy? If it was just plain antisemitism, then who needs an excuse to enslave them? It’s like the Caesar who used the sale of Yosef as a pretext to martyr the 10 rabbis so many generations later. Even if the Caesar was just messing with them, why did they ask for three days to let Rebi Yishmael ask God about it? Would the Caesar have backed down if he had returned saying, “Sorry, God says you can’t kill us.”?

What lesson are we meant to be learning that we seem to be glossing over instead?

A GOOD MAGIC trick takes advantage of a person’s vulnerability to distraction. A magician will do something to make you look this way, so they can do their sleight of hand that way while you’re not looking.

It seems God works the same way. He has antisemites give their reasons for why they hate Jews and want to do them harm. In reality, it’s just a cover up for what is really going on: an exile is ending, the Jews aren’t leaving, and the gentiles need a reason that speaks to them to push us out.

This is why people are so surprised when they see events change in ways they would have never predicted. They don’t see God behind what is happening. They don’t see Jewish history making things happen. They have lost touch with Jewish destiny and are too much in touch with what governments and the media are saying. They “credit” the people they see with what is occurring and not God Whom they can’t see. They miss His message completely.

People ask why the first commandment mentions the leaving of Egypt as well, and there are many different explanations. Here’s a new one (I think). It’s to remind us throughout history not to forget that whatever others say or do to the Jewish people is really God working through them. People may sound independent, but they’re not, at least when it comes to what happens to God’s people. This is what the Ten Martyrs understood and lived. They heard Caesar speaking, but only on behalf of God. So they went to God to hear what He really wanted, and complied with that.

BOOK OF THE WEEK

On the Same Page: Ancient Roots of Modern Nations & Conflicts

NOW THAT WE’RE on the same page means that people share a common perspective they didn’t previously. How they got to that point can vary from situation to situation, but the result is a common perception of a reality.

Unfortunately, it is not so common. To be alive means to be part of reality, but not necessarily to understand it. Reality can be deceiving, like a painting that does not reveal all that is behind each brushstroke. Every moment of history is a composite of many factors, and the more one can recognize those factors, the more accurate their perception of reality will be.

Sometimes perceptions, even if inaccurate, are not that dangerous. However, other times, perception makes all the difference in the world. There are periods in history when inaccurate perceptions can leave us blind to realities and impending disasters. British Prime Minister Chamberlain returned in 1938 with the mistaken belief that Hitler, ysv”z, wanted peace. World War II and the Holocaust were the result.

We are living in less-than-simple times. There may be relative calm for the moment, but there are storm clouds on the horizon. Dramatic changes in history, for good and for bad, seem likely. The amazing thing is how divided the world is about what is happening and what will occur.

As always, there are people frantically blowing whistles to catch the attention of as many people as possible who might be able to help avoid catastrophe. And then there are masses of people who are oblivious to what is going on in the world. They deal with life no differently than they did twenty years ago, when the world was still quite calm.

But if you pay close attention you will see that current events and the nations who are causing them seem to be fulfilling biblical prophecy. You can open a Tanach and read about the historical roots of today’s nations, and see how they have fulfilled their destinies…And all of it is happening right before our very eyes, ancient prophecies coming true in modern times.

Read the rest of the book.