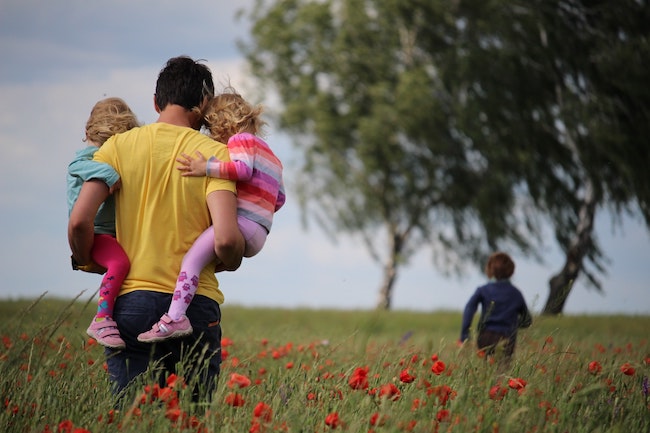 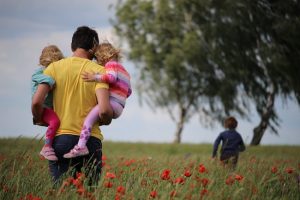 IT IS VERY insightful that so many different societies believe in Afterlife, and have for so long. In fact, the only part of society that does not is the modern, secular part, and not because they have proved it does not exist, but because they can’t prove that it does. They believe that seeing is believing, even though so often in life you have to first believe to see.

Some would argue that those who do believe only do so as a matter of tradition. They claim that someone got the idea way back when that there is a world-to-come, and got others to buy into as well. Perhaps they pushed the idea as a form of religious coercion, to use the fear of not having an afterlife to keep people obedient in this life.

Maybe the belief is more of a hope than a reality. Some people have difficulty accepting that this world is it, that we live and die and that there is nothing more. They’d rather believe that this world is just a corridor to another one. Or perhaps an eternal spiritual life is something people intuitively know and do not need verified.

One thing is for sure: they did not get the idea from Tanach since there is not one single mention of Olam HaBa anywhere in Torah, Nevi’im, or Kesuvim. There are discussions as to why this is the case, but at least there are plenty of references to Olam HaBa in the Talmud and countless other commentaries. Clearly the Afterlife is an integral part of Torah tradition.

It would be nice if someone had gone there and returned to tell us about it. No such mazel. Instead, it’s going to have to be a matter of emunah—faith, which should not be so hard if you already believe in Torah and that you have a soul. Between the two of them, it is difficult not to believe in the World-to-Come.

It says however that just before a righteous person dies, they are shown the portion that awaits them. That must be overwhelming, to say the least.

It ends even earlier for someone who dies before the Messianic Era and does not reincarnate. And the way that many people use free will today, they don’t even do much earning while they’re still here in the world. I just finished writing a book about this called: A Matter of Choice: The True Nature of Free Will and How to Make Sure You’re Using It.

True, as Rashi explained back in Parashas Noach, the main toldos of a person are their good deeds. True, good deeds can work in our favor even generations later because of all the impact they had. But those good deeds would have to have been mighty impactful to match the merit children can bring their parents day after day.

And for those who want children but have been unsuccessful for reasons beyond their control, there is something important to know. Only God knows why He gives children to some and not to others. But in this, God takes into account what a person’s children might have been like had they been born to such people, and gives them the merit as if they had been. It all works out, even if we can’t figure out how.

What about if a child does not walk in God’s ways, like Eisav in this week’s parsha? If the parents did their part to help the child go the “right” way, they won’t be affected by the outcome of such a child. Everyone has a unique nature, and God has His plans for history.

PEOPLE DO NOT usually think of their descendants in these terms. This is why there are so many today who are choosing to end their family line with themselves. Whether it is to avoid their own pain or to avoid causing pain to children born into this unstable period of history, they’re opting out of the toldos thing. They have no idea how they are cutting off their noses to spite their faces, or how many ancestors are looking down screaming, “Don’t do it!” There is a reason why the Talmud compares a childless person to a dead one.

Obviously people who do not know better are not punishable for choosing to not have children. But it doesn’t change the reality of not giving birth to future advocates. And confusion is rarely a complete excuse for missing the point of life. This is especially true today when it is so easy to access the truth if a person wants to, and is honest enough to humble themself to it.

But it always seems to come to the same idea that my Rosh Yeshivah used to point out to people. He would ask them, “What is the opposite of pain?” and they would unfailingly answer back, “Pleasure!” Then the rest of the time he would show them how the opposite of pain is comfort, not pleasure, and that pleasure often comes through pain. Most people are amazed at how they missed that one.

So all these people who reject the idea of having children to avoid pain, either theirs or their potential children, do not realize how much pleasure they are locking out as well. A world that does not believe in Olam HaBa is one that runs from pain and quality of life.

In any case, those children will be born to someone else, because a person’s choice cannot interfere with another soul’s need to return and rectify itself. It’s actually too bad you can’t contact that soul and ask it if it wants to be born, knowing what may lie ahead. I suspect the soul would choose life because of all the good it can experience despite the bad that might accompany it. Really, just the chance to further the cause of personal rectification is justification enough.

I FIRST PUBLISHED “The Big Picture: Thirty-six Sessions to Intellectual & Spiritual Clarity” in 2000. I had begun to learn the teachings of the Leshem Shevo v’Achlamah, Rabbi Shlomo Elyashiv, zt”l, (1840-1926), and was compelled to share what I had merited to see with others who would probably never see such knowledge.

Everyone needs to digest food, but few people understand how digestion works and do not eat in ways that help it. This often results in health issues for many people, if not immediately then after years. Therefore, when some people do learn about the digestive system, they often feel compelled to teach others what they now know to benefit them too.

Similarly, the “Leshem,” called this after his seforim, provided so much deep and profound knowledge about how the world works, and why. It’s all kabbalah, and much of it requires many years of learning to understand it. But much of it is also explainable in everyday terms, providing profound insights that everyone can and should benefit from, making better sense of history and its opportunities

Part of the inspiration for “The Big Picture,” as the Introduction to the book explains, was a timely article by Time Magazine back in the 1990s called, “What Does Science Teach Us About God.” The term “big picture” is old, but their application of it was compelling, especially given what I was learning from the Leshem.

In two short paragraphs the article had unwittingly described the essential difference between the Aitz HaChaim, the Tree of Life, and the Aitz HaDa’as Tov v’Ra, the Tree of Knowledge of Good and Evil, in very modern and applicable terms. Their questions became the basis of my answers and guide to writing “The Big Picture.”

I chose the name Thirtysix.org because, as the book explains, 36 is the number that indicates a revelation of the Ohr HaGanuz, the Hidden Light of Creation. This light is the basis of the Torah and even our souls, and we are here to reveal it through Torah and mitzvos. This is the purpose of my writing and my organization.

It is also the specific point of this book, to reveal this light on whatever level possible. It just seemed natural to do this in thirty-six sessions, not to mention that it gave me many different chapters to write about various topics. Though I have written many other books since The Big Picture, b”H, it remains a flagship project of Thirtysix.org.

Since it was first printed before I published through Amazon, I decided to reformat it to make it available through their store. Once I began reformatting it, I couldn’t help but edit it as well, fixing old mistakes and streamlining the material. At the time, I had no idea how many other books would discuss details of The Big Picture. As a result, I put everything I could into the book, often at the cost of brevity. That’s been fixed now, b”H. There are even some updates because a lot has happened historically since the first printing.

I don’t think there is any other work of this nature, organized as it is and revealing so many fundamental concepts of Creation and history between two covers. To make this point, I am going to be giving over much of the material in an 8-part series of classes, b”H, over Zoom. The series will start Tuesday, November 16, 8:15 pm Israel time, b”H.

The cost for the series includes a hardcover and PDF version of the book. To register for the webinar or to ask questions, write to [email protected]