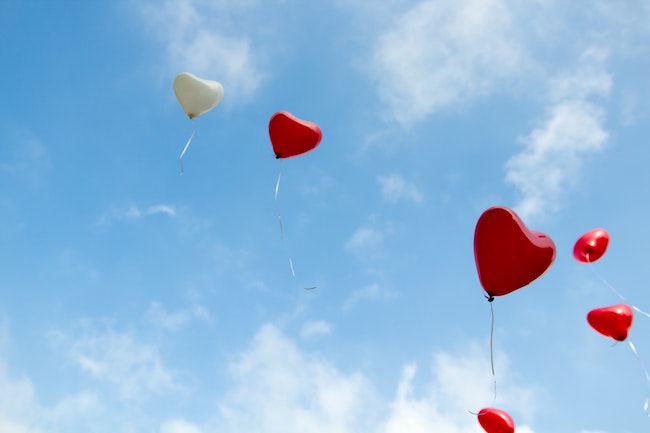 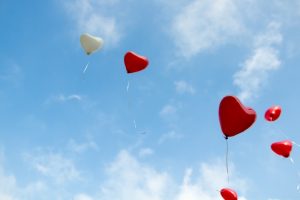 THE REMARKABLE THING is how Parashas Massey and Sefer Bamidbar end reiterating the claim and the names of Bnos Tzelofchad. This is not in a local newspaper or even an international one we’re talking about. This is not in some bestselling novel. This is in the Torah, the eternal word of God, each and every one, including, apparently the individual names of each daughter of Tzelofchad. It was an incredible thing to be mentioned even once back in Parashas Pinchas, but it is mind boggling that it figured so prominently a second time at the end of an entire sefer.

What makes it even more incredible is that Tzelofchad, their father, was killed by capital punishment in Parashas Shlach for breaking Shabbos. Someone who breaks Shabbos is considered to be like someone who rejects the entire Torah. That’s not exactly what we call great yichus—lineage. Yet through his daughters, he gained eternal prominence in the Torah, especially since the Torah does not mention his name back in Shlach. Had it not been for Rebi Akiva in the Gemora, we wouldn’t even know that Tzelofchad was the Shabbos wood gatherer.

We could just take it for granted, like many might do, treating the Torah as if it can print stories of interest. Or we can assume, as we should, that there is an important message in all of this that should not be taken for granted, but should be taken to heart.

Fast forward to the time of the Gemora and read the following story:

Our rabbis taught: It once happened that a breach occurred in the field of a pious man, and he decided to put a fence there when he recalled that it was Shabbos. He therefore refrained and did not make the fence and a miracle occurred for him: a tzelof tree grew there from which he and his family were able to derive their entire livelihood. (Shabbos 150b)

Hmm. A tzelof tree? Why does that sound familiar? And why was that the chassid’s reward for not breaking Shabbos? And why is he called chassid in the first place? And finally, why mention that it fed his family too?

More About Me: The Ongoing Lifelong Search For Your Essential Self.

Tell Me More: A book about thinking and asking questions.

All books are available through Amazon and the thirtysix.org online store.

IIT TURNS OUT that this particular chassid had a history, one that pre-dated his own life (Emek HaMelech, Sha’ar 13). In fact, it went all the way back to Moshe Rabbeinu’s time, and Parashas Shlach. But in that life time he went by a different name: Tzelofchad, which means one tzelof. That was exactly what the chassid in the story received as his reward for thinking about breaking Shabbos, and refraining.

But why? Tosfos adds missing information:

It seems that according to Rebi Shimon ben Elazar, who held of the opinion that Tzelofchad was the stick-gatherer, the incident of the stick-gathering was at the beginning of the 40 years right after the episode of the spies. The Midrash says that he acted for the sake of Heaven, because some had said that since they were decreed not to enter the land because of the spies, they were no longer obligated to keep the mitzvos. He therefore broke Shabbos to deliberately be guilty of the death penalty, so that others would be afraid to violate the Torah. (Tosfos, Bava Basra 119b, q.v. Afilu Ketanah Sh’b’hen)

In other words, Tzelofchad acted as if he wanted to break Shabbos just to break Shabbos, so he could be punished for doing so. He kept the truth to himself knowing that he did not have to be killed. He did what we call an aveirah lishmah, an altruistic sin, which God seemed willing to let him do.

As every parent eventually finds out, children grow up either following in their parents’ ways, or rejecting them. The things they admire about us become the traits they want to adopt in their own lives. The things they do not like about what we do, they tend to run from as soon as possible. In some cases, they later learn to appreciate some things they didn’t like about us earlier in life, once they mature.

If Tzelofchad was the kind of person the Midrash says he was, then he must have been one very special father as well. If he was the kind of self-sacrificing individual that we see he was, that quality must have gone over to his daughters too. What we see of them had to have been the direct result of who he was, because the “parnassah” of a parent feeds their family as well. In the Gemora’s story of the chassid that meant actual parnassah. In the story of Tzelofchad, that was their prominence in the mitzvah of yishuv Eretz Yisroel, which is publicized twice by the Torah.

God even saw fit to end Sefer Bamidbar, THE journey book of the Jewish people from slavery to freedom, from slavery to greatness, with these five women. It was an overt tribute to them, and a covert tribute to their father. And it was the perfect threshold to Sefer Devarim in which Moshe is going to instruct us about life in this world, then and throughout all of history.

CHILDREN OF PARENTS who go to jail usually keep a low profile, especially if the parent’s crime had been nationally publicized. Some might even change their last name to disassociate themselves from their parents. Though the Torah did not tell us who the stick-gatherer was, everyone at the time knew it was the girls’ father.

And yet, not only did they not cower and hide because of it, they proudly kept their identity and connection to their father. They obviously knew what their father had done, and why he had done it. And it probably drove them to do what they did, something that tends to get overlooked, when listening to what the Torah has to say about Bnos Tzelofchad.

Yes, the daughters of Tzelofchad had an intense love for Eretz Yisroel. But is that enough, just to love the land? Was it only their lack of love of the land that made God take the spies’ rejection so personally? Or, was it the love of what the land promises us, the ultimate relationship with God, that determined where the spies stood with respect to God, Torah, and Jewish history?

The same intense love for God that drove Tzelofchad to sacrifice his life for God and Torah was what drove his daughters to vie for a piece of the land that would make such an intense connection to God possible. There is some level of relationship with God you can’t have in the Diaspora, even if you belong there for the time being. Even the great Moshe Rabbeinu fought to enter the land and experience this, until his dying day. He pleaded with God, as the parsha begins, to experience that level of relationship.

Over the years I have had a few debates with people about whether making aliyah in our time is so important. They seem content with their relationship with God outside the land, and are unconcerned that God might feel otherwise. They might even quote this rabbi or that halachah to shore up their position.

Actually, that is the reason why. The Leshem, when discussing the two yichudim of Shema Yisroel, etc. and Boruch Shem, etc. makes a comment in parenthesis that is far from being parenthetical. He says this:

But if a person does not do these two yichudim, each one as is fitting for it, he causes from his side, that is, at the root of his soul and all that exists of the person in the world, a removal of His presence, may His Name be blessed, and the hiding of His face, God should save us. (Chelek HaBiurim, Sha’ar ACH”Ph, Ch. 5, Os 5)

In this statement is the reason why two people can look at the same world and see two very different versions of it. One person will see God everywhere in all that exists and all that occurs, and the other will see Him nowhere. To the first person, the second person will seem blind. To the second person, the first one will seem delusional. After all, how can you not see something that is there…unless it isn’t there?

The Leshem has answered that question, at least with respect to God. Now we’ll explain his explanation, b”H.

THIS IS THE week of Ain Od Milvado, which is a yichud, a unification of God’s name. It’s in this week’s parsha. When you say that there is none other than God, you are saying the Shema and Boruch Shem in different words.

If we only saw with our eyes, the question wouldn’t exist because the situation would never occur. Something would either be visible, or it wouldn’t be…for everyone. But we only look with our eyes. We see with our brains, and that is always a matter of intellectual interpretation which can be very subjective.

I am often amazed at how I can look right at something and not see it. Sometimes it is because my mind is busy elsewhere at the moment and too busy to compute what I am looking at. Sometimes it is because I do not expect to find what I am looking for there, so my brain doesn’t expect to see it. I’ve walked away empty-handed only to later hear in my head, after my brain has delay-processed the information from my eyes, “Wait a second. Aren’t those the keys you are looking for?”

Let me give you another example. I have heard so many times over the years how ba’alei teshuvah, while secular, used to look at Jews who kept Shabbos as wasting their weekends, and really, their lives. They could not understand why anyone would want to spend Saturday in the dark when they could be having a blast like they were having…going to movies, or bars, or playing sports, or whatever non-Torah Jews do on their weekends. They couldn’t possibly imagine back then how they could ever enjoy Saturday as Shabbos, and never even considered finding out.

But then for one reason or another, they found themselves on the other side. For some reason they would never have imagined years earlier, they ended up believing in Torah and following it. Part of their discovery was Shabbos, and after properly keeping it, they can’t imagine how they ever lived without it. The Saturdays of the past? A waste of good Shabbosos.

A lot has to do with a person’s assumptions. A person’s perception of reality is completely a function of their assumptions about it. If their assumptions are incorrect, then their perceptions will be as well. That’s why education is so important, especially from parent to child since that is the most influential relationship we’ll ever have. For Bar Kamtza, the Midrash says, that was a bad thing, which is why his father Kamtza is also implicated in the Gemora for the destruction of the Temple (Gittin 55b). For the daughters of Tzelofchad, that was a good thing.

But the other component, the most important one, is our soul connection to God and objective truth. When we assume God is there, and that everything is a function of His will, then we perceive Him in reality. When we perceive God in reality, then He allows His presence to be felt by us by sending light through the root of our soul down to its counterpart in our bodies. Then we see and feel God in our life. Then we just don’t know there is none other than God, we feel that there is none other than God.