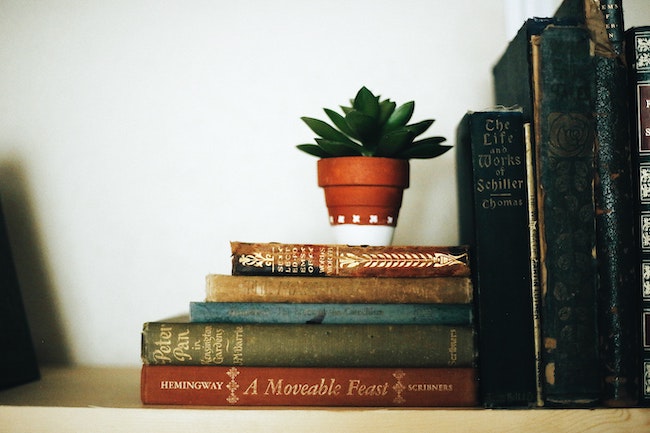 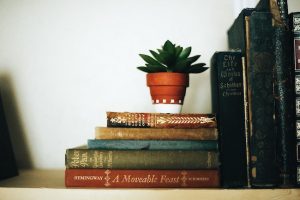 IN LAST WEEK’S parsha, Sarah told Avraham to have a child through her help maid, Hagar. She had hoped that by Hagar having a child it would change her mazel, and bring an end to her barrenness. The Torah says that Avraham listened to the voice of his wife, and eventually Yishmael was born.

And a big headache too. Since Hagar immediately became pregnant, it made her haughty. This upset the boat and caused Sarah to become angry with Avraham, who then told Sarah to deal with the pregnant Hagar as she saw fit. Sarah made life so difficult for Hagar that she fled to the desert, and might not have returned had an angel not met her along the way and sent her back.

Nevertheless, Sarah had cast an “evil eye” on Hagar and she miscarried. But she soon became pregnant again and gave birth to Yishmael, 14 years before Sarah would give birth to Yitzchak. That must have made for a very interesting family dynamic and shalom bayis, before and especially after the birth of Yitzchak.

Then everything went from bad to worse. After Yitzchak was born Yishmael became jealous of him. Obviously Yitzchak’s birth was the celebrated one, and his mother, the true akeres habayis, the main wife of the house. Given that Yishmael was a pere adam—wild man, it was obvious that he was going to be trouble for Yitzchak, which meant more trouble for Avraham, especially when Sarah finally said, “They have to go.”

But this time Avraham was not prepared to listen to his wife’s voice. By listening to his wife’s voice in last week’s parsha, Yishmael was born and Hagar became an antagonist. Now Sarah wanted to undo the problem by sending them away into no man’s land where they would probably die. How would that look to the neighbors?

So God stepped in and told Avraham that, as counterintuitive it was for him to send Hagar and Yishmael away like that, he had do it. He did, and shortly after beginning their exile, the situation became bad for both of them, especially Yishmael who was sick. They would have died then and there had not an angel come and showed Hagar a well. They survived and continued on to Egypt, more than likely carrying a grudge that was probably shared by her family, the future oppressors of the Jewish people.

True, Hagar returns to Avraham in next week’s parsha, and Yishmael is said to have done teshuvah. But the descendants of Yishmael had already been born, and the die had already been cast. It begs the question: What might history have been like had Sarah not insisted on Avraham fathering a children through Hagar? It was in the merit of his bris milah that Yishmael had control over Eretz Yisroel for 1300 years!

NOT MUCH DIFFERENT. Had Sarah not insisted on Hagar joining the family thousands of years ago, the situation today with the Arabs would not be much different. If it hadn’t come about that way, then it would have come out another way and the result would still be the same. God has many messengers, many ways to accomplish the same purpose.

Consider the divine providence involved. First Sarah had to be barren, and then there had to be famine in the land to force Avraham and his family down to Egypt. After that, despite Avraham’s effort to hide her, the Egyptians had to discover her and praise her to Pharaoh so he would take her into his court. That way Hagar could meet Sarah, witness the miracles that happened for her, and relinquish her royal position to become Sarah’s help maid instead. The rest of the story is in last week’s parsha and this one as well.

The question is therefore, why did this dynamic have to be built into Jewish history? Why does the path to redemption have to pass through the Intifada and a corrupted historical narrative? Is antisemitism just antisemitism, or are there different kinds that vary the impact on the Jewish people and their direction in history?

Over the millennia, the Jewish people have had to contend with different types of mentalities, which has resulted in different types of antisemitism. For centuries European Jews had to cope with the Christians, whose mission it was to destroy Judaism by converting all the Jews. Later, the Nazis came and dropped the conversion part and just tried to wipe out the Jews altogether.

Since then, the Jewish people have had to contend mostly with the Arab world and its supporters. Though the Arab world conspired with the Nazis in the Final Solution during World War II, they did not get a chance to carry out their part of it once the Battle of El Alamein miraculously went in favor of the Allies.

Then came the formation of the State of Israel and the War of Independence in 1948. At that stage, the Jewish homeland was only what had already been partitioned and given to the Jewish people. But that did not make a difference to the Arabs, who initiated an existential war against the ill-equipped Jewish state. Once again, miracles saved the day.

That did not stop the Arabs from trying several times more after. Though they have come close to defeating the Israeli army, the Jewish people have held on, miraculously.

Anyone who can’t see God’s hand in all of this is looking at history through one eye only. They’re turning a blind eye to the odds of such a tiny nation surviving, let alone thriving, in the face of a such a monstrous and ongoing threat. Without God, the math just doesn’t work out.

THE SO-CALLED plight of the Palestinian people was a later invention. When the Arab world realized they could succeed politically where they failed militarily, they created the Palestinian people. It didn’t matter that these were Arabs whom they once rejected and sent packing. Like Balak and Bilaam, their common cause made them put their differences aside to take land from the Jews.

It was all about leverage. The Arabs could not dethrone the Israelis, but maybe the world could. If somehow they could create a narrative that the Western world could buy, they could undermine Jewish rights to Eretz Yisroel and bring international pressure to bear on an internationally isolated Jewish nation. The Israelis balked at Arab demands, but could they at world demands, even though the Arab world does all the time?

The Arabs fight for themselves.

The world supports them for suspicious reasons.

But God is the Screenwriter, and everyone else just takes their cues from Him, albeit unwittingly. Our job is to remember that, and to look at history from that perspective. At the end of the day it’s not about the Right of the Left, friends or enemies. It is about using the situation to do what the Torah expects from us, and not getting distracted by convincing but false realities.

IT IS CERTAINLY not easy to stay focussed. God has designed such a phenomenally complicated and well thought out “set” that fools people into believing it has a life of its own. Some of the greatest minds have stumbled to the point of believing that God does not exist, that everything happens only as a matter of cause-and-effect.

Even religious people get fooled. We know intellectually that God made everything and runs everything. It is one of the 13 Principles of Faith. But emotionally we act as if God has removed himself from history, and that we can be victims of circumstances we neither created nor control. The “game” is that convincing.

But as we look back at the world thousands of years ago from 5782, that history was already looking ahead thousands of years at us. God told Avraham to go to Eretz Canaan and then created a famine so he’d go down to Egypt, so that Sarah would be abducted by Pharaoh, so that she could be freed miraculously, so that Hagar would be impressed enough to join her retinue, so that a barren Sarah could tell her husband to have a child through Hagar, so that Yishmael would be born and give rise to the same Arab nations that harass us today. When you’re God, you can do all that with pinpoint accuracy thousands of years in advance.

Why them, and why now?

I have my theories, as do many others. I also imagine that the answer is right in front of us in this week’s parsha, and that it will be clear to us once history is over. Until that time, the only thing we can do is make sure we remain true to Torah values and loyal to the Jewish people.

There will be casualties along the way. There always are, and there already have been. The goal is to not be one of them, and the best protection a person has is to remember that only God is the Magen Avraham—Shield of Avraham. He is the Screenwriter, Director, and Producer. Remember that, and you’ll already be head and shoulders above most.