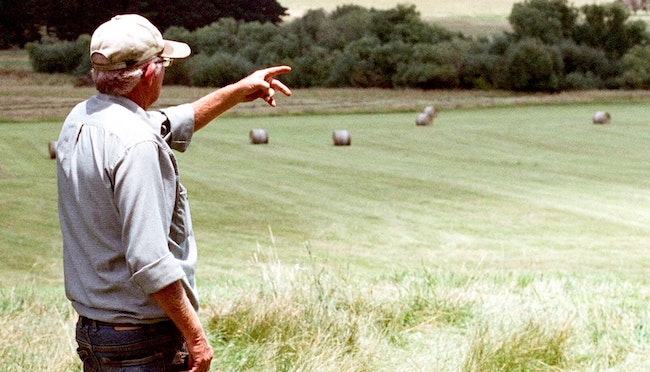 Jewish History and the Farmer 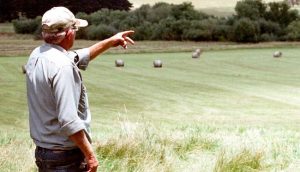 I have in earlier years written about the strange requirement that the Torah imposes upon the Jewish farmer in the land of Israel when he brings his first crop of the year to Jerusalem as an offering in the Temple. However, I want to reiterate and expand on the matter once again in this short article because I believe it to be of vital and relevant importance to us in our times.

The Jewish farmer, in a review of Jewish history, recounts as to how he arrived at bringing this offering to the temple. He relates the story of our forefathers, of Abraham and Jacob and of their struggles to survive in a very hostile environment.  He explains how the great and essential idea of monotheism, morality, charity, and godliness in human society was propagated. The one bringing the offering then recounts the fact that we have never had an easy road on which to travel. Our forefathers were enslaved in Egypt for centuries and sank to low levels of physical and spiritual standards. Yet, the Lord redeemed us and took us out from the house of bondage through miraculous events under the leadership of Moshe.
We were granted the Torah and we were entrusted with the mission to be a holy nation and a kingdom of priests. We wandered in the desert for 40 years, sustained only by the will of heaven, and finally arrived in the land of Israel, a land promised to us through our forefathers by the God of Israel. And now, as a fulfillment of this drama of Jewish history, the farmer can bring these first crops of the year to Jerusalem, as an offering in the temple.
There is an innate desire within all human beings to know about their past. At one time or another, all of us experience the feeling of déjà vu, about events and places that we know we have never been to before or have never experienced in this lifetime. It is this sense of history, of the past that imposes itself upon us. Unfortunately, most Jews in our time are completely unaware of their past. They have no idea as to their ancestry, traditions and the events that have led them to where they are and who they are today. In that ignorance lies the main cause for the alienation and disaffection of so many Jews as to their faith and future.
They are overwhelmed by the present and fearful of the future simply because they are ignorant of their past. This engenders a feeling of panic and uncertainty that gnaws at the very vitals of their existence. This is especially true here in Israel, now almost 75 years after its creation and founding, the state is still taken for granted and has lost some of its luster. It is no longer treasured as it once was and should be.  To sanctify the mundane – to make even the produce of this country into a holy offering – knowledge and appreciation of the past is necessary. This is an important lesson that this week’s reading imparts to us.
Shabbat shalom
Rabbi Berel Wein