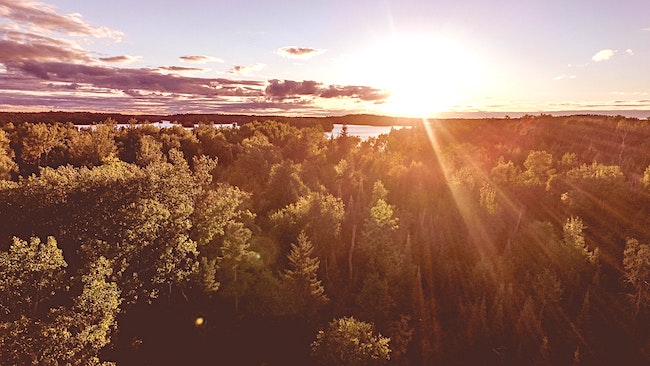 A Covenant with Nature 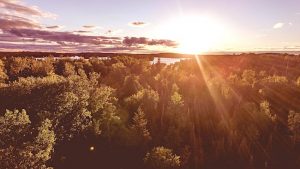 These last chapters of the Torah, culminating in this week’s reading, are all a very serious and have an almost fearsome quality and tone. Heaven and earth are called upon to be the ultimate witnesses regarding the covenant that the Lord has made with Israel for all time. Rashi points out to us that human witnesses and even historical tradition within families, tribes and other groups are insufficient to uphold the veracity of the covenant between God and Israel. Human beings, by their very natures, can only see things superficially, and remember things selectively and often with a bias and/or agenda.

This is not the case with nature that always does the will of the creator and has no independent opinion or understanding of events on its own. We will see later in Jewish history that the prophet Isaiah will also invoke Heaven and earth in repeating the outlines of the covenant, justifying the rewards and punishment that observance or disregarding the covenant always brings with it.

The concept that nature itself, with all its wonders, unpredictability, and beauty, is itself the greatest source of testimony regarding the covenant between God and Israel. It is one of the truly unique ideas and interpretations that Moshe teaches us in this final part of his valedictory oration the Jewish people.

Heaven and earth are eternal in this world and have fixed laws and patterns that are to never be altered. So too, is the covenant between God and Israel. It also is unchangeable, reliable, consistent. and predictable, and serves as an example and witness to the covenant that has bound us for millennia and remains in force in our current world as well.

The rabbis of the Talmud have often used nature and its attendant animal world as a source of instruction as to how human life should be conducted. The Talmud tells us that we could learn cleanliness from the feline species, monogamy from the ant, and other such values that are present in the great natural world that we inhabit. Nature in the world that surrounds us is one of wonder and inspiration, but at the very same time, one of possible danger and trepidation.

Volcanoes and earthquakes are also present when we view the beauty and inspiration that snow peak mountain ranges present before us. If one stands in the shadow of a great, tall mountain, every human being experiences the trepidation that the gigantic rock formation provokes.

So, too, is the nature of the covenant between God and Israel. It is a thing of wonder and beauty, of soaring visions,rich in mystery and inspiration. It invokes within us a sense of wonderment. But it also awakens within us the fear and anxiety that make our lives uncertain and bestows upon us feelings of danger. Our only choice is to observe the covenant and to realize that, in so doing, we guarantee our eternity in partnership with the natural world in which we live.